Todays Though > News > US economy likely grew modestly, if at all, last quarter
News

US economy likely grew modestly, if at all, last quarter 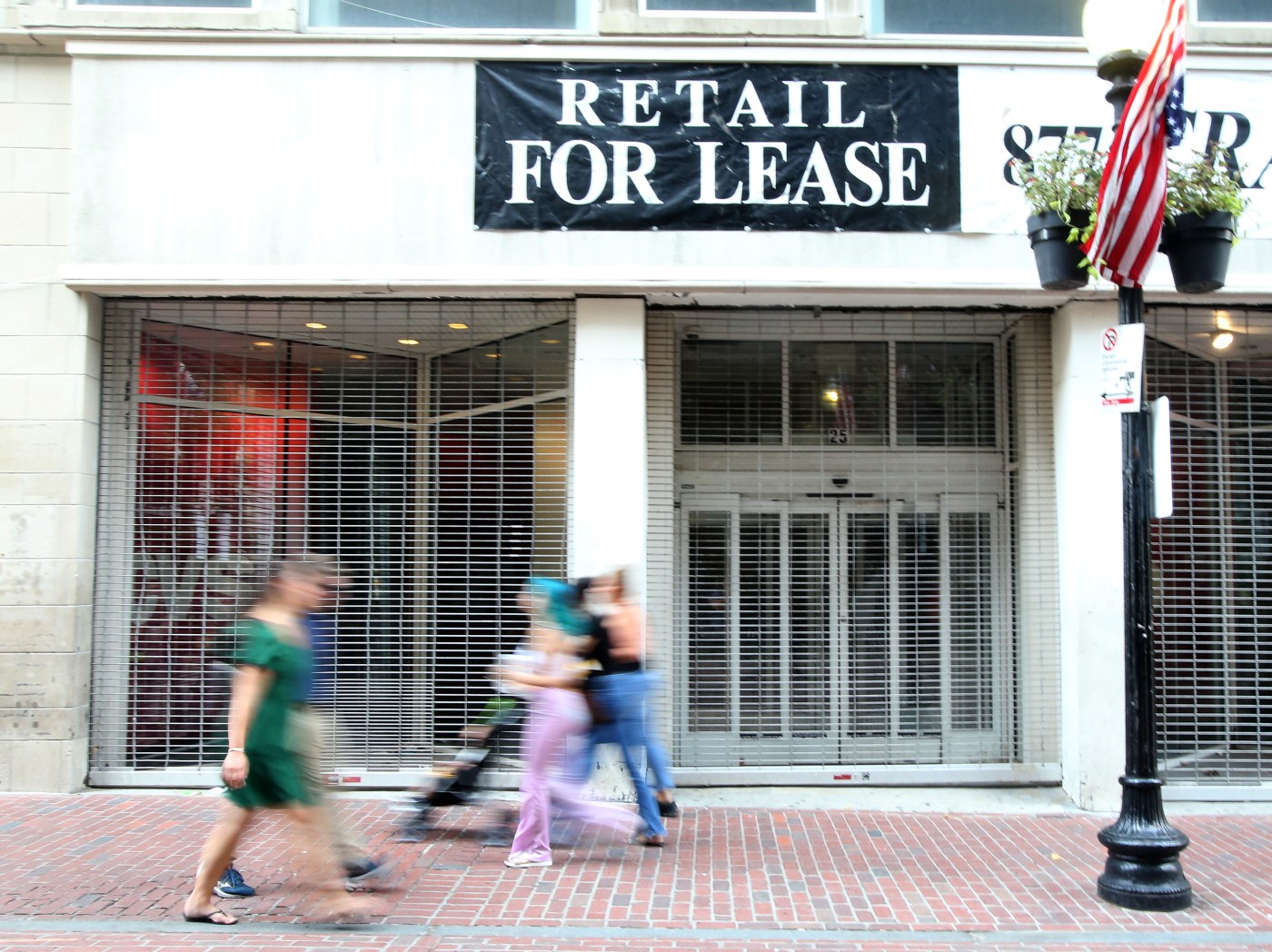 WASHINGTON (AP) — The U.S. economy shrank from April through June for a second straight quarter, contracting at a 0.9% annual pace and raising fears that the nation may be approaching a recession.

The decline that the Commerce Department reported Thursday in the gross domestic product — the broadest gauge of the economy — followed a 1.6% annual drop from January through March. Consecutive quarters of falling GDP constitute one informal, though not definitive, indicator of a recession.

Higher borrowing rates, a consequence of the Federal Reserve’s series of rate hikes, clobbered home construction, which shrank at a 14% annual rate. Government spending dropped, too.

The report comes at a critical time. Consumers and businesses have been struggling under the weight of punishing inflation and higher loan costs. On Wednesday, the Fed raised its benchmark rate by a sizable three-quarters of a point for a second straight time in its push to conquer the worst inflation outbreak in four decades.

The Fed is hoping to achieve a notoriously difficult “soft landing”: An economic slowdown that manages to rein in rocketing prices without triggering a recession.

Apart from the United States, the global economy as a whole is also grappling with high inflation and weakening growth, especially after Russia’s invasion of Ukraine sent energy and food prices soaring. Europe, highly dependent on Russian natural gas, appears especially vulnerable to a recession.

In the United States, the inflation surge and fear of a recession have eroded consumer confidence and stirred anxiety about the economy, which is sending frustratingly mixed signals. And with the November midterm elections nearing, Americans’ discontent has diminished President Joe Biden’s public approval ratings and could increase the likelihood that the Democrats will lose control of the House and Senate.

Fed Chair Jerome Powell and many economists have said that while the economy is showing some weakening, they doubt it’s in recession. Many of them point, in particular, to a still-robust labor market, with 11 million job openings and an uncommonly low 3.6% unemployment rate, to suggest that a recession, if one does occur, isn’t here yet.

“The back-to-back contraction of GDP will feed the debate about whether the U.S. is in, or soon headed for, a recession,” said Sal Guatieri, senior economist at BMO Capital Markets. “The fact that the economy created 2.7 million payrolls in the first half of the year would seem to argue against an official recession call for now.”

In the meantime, Congress may be moving toward approving action to fight inflation under an agreement announced Wednesday by Senate Majority Leader Chuck Schumer and Sen. Joe Manchin, a West Virginia Democrat. Among other things, the measure would allow Medicare to negotiate prescription drug prices with pharmaceutical companies, and the new revenue would be used to lower costs for seniors on medications.

“Coming off of last year’s historic economic growth — and regaining all the private-sector jobs lost during the pandemic crisis — it’s no surprise that the economy is slowing down as the Federal Reserve acts to bring down inflation,” the president said in a statement. “But even as we face historic global challenges, we are on the right path and we will come through this transition stronger and more secure.’

The government’s first of three estimates of GDP for the April-June quarter marked a drastic weakening from the 5.7% growth the economy achieved last year. That was the fastest calendar-year expansion since 1984, reflecting how vigorously the economy roared back from the brief but brutal pandemic recession of 2020.

But since then, the combination of mounting prices and higher borrowing costs have taken a toll. The Labor Department’s consumer price index skyrocketed 9.1% in June from a year earlier, a pace not matched since 1981. And despite widespread pay raises, prices are surging faster than wages. In June, average hourly earnings, after adjusting for inflation, slid 3.6% from a year earlier, the 15th straight year-over-year drop.

Americans are still spending, though more tepidly. Thursday’s report showed that consumer spending rose at a 1% annual pace from April through June, down from 1.8% in the first quarter and 2.5% in the final three months of 2021.

Spending on goods like appliances and furniture, which had soared while Americans were sheltering at home early in the pandemic, dropped at a 4.4% annual rate last quarter. But spending on services, like airline trips and dinners out, rose at a 4.1% rate, indicating that millions of consumers are venturing out more.

Before accounting for surging prices, the economy actually grew at a 7.8% annual pace in the April-June quarter. But inflation wiped out that gain and then some and produced a negative GDP number.

Against that backdrop, Americans are losing confidence. Their assessment of economic conditions six months from now has reached its lowest point since 2013, according to the Conference Board, a research group.

The Fed’s hikes have already led to higher rates on credit cards and auto loans and to a doubling of the average rate on a 30-year fixed mortgage in the past year, to 5.5. Home sales, which are especially sensitive to interest rate changes, have tumbled.

Even with the economy recording a second straight quarter of negative GDP, many economists do not regard it as constituting a recession. The definition of recession that is most widely accepted is the one determined by the National Bureau of Economic Research, a group of economists whose Business Cycle Dating Committee defines a recession as “a significant decline in economic activity that is spread across the economy and lasts more than a few months.”

The committee assesses a range of factors before publicly declaring the death of an economic expansion and the birth of a recession — and it often does so well after the fact.

“If we aren’t yet in a recession, we soon will be,” said Joshua Shapiro, chief U.S. economist for the economic consulting firm Maria Fiorini Ramirez Inc. “An economy rapidly losing momentum combined with aggressive monetary tightening is not a recipe for a soft landing or any other type of happy ending.”