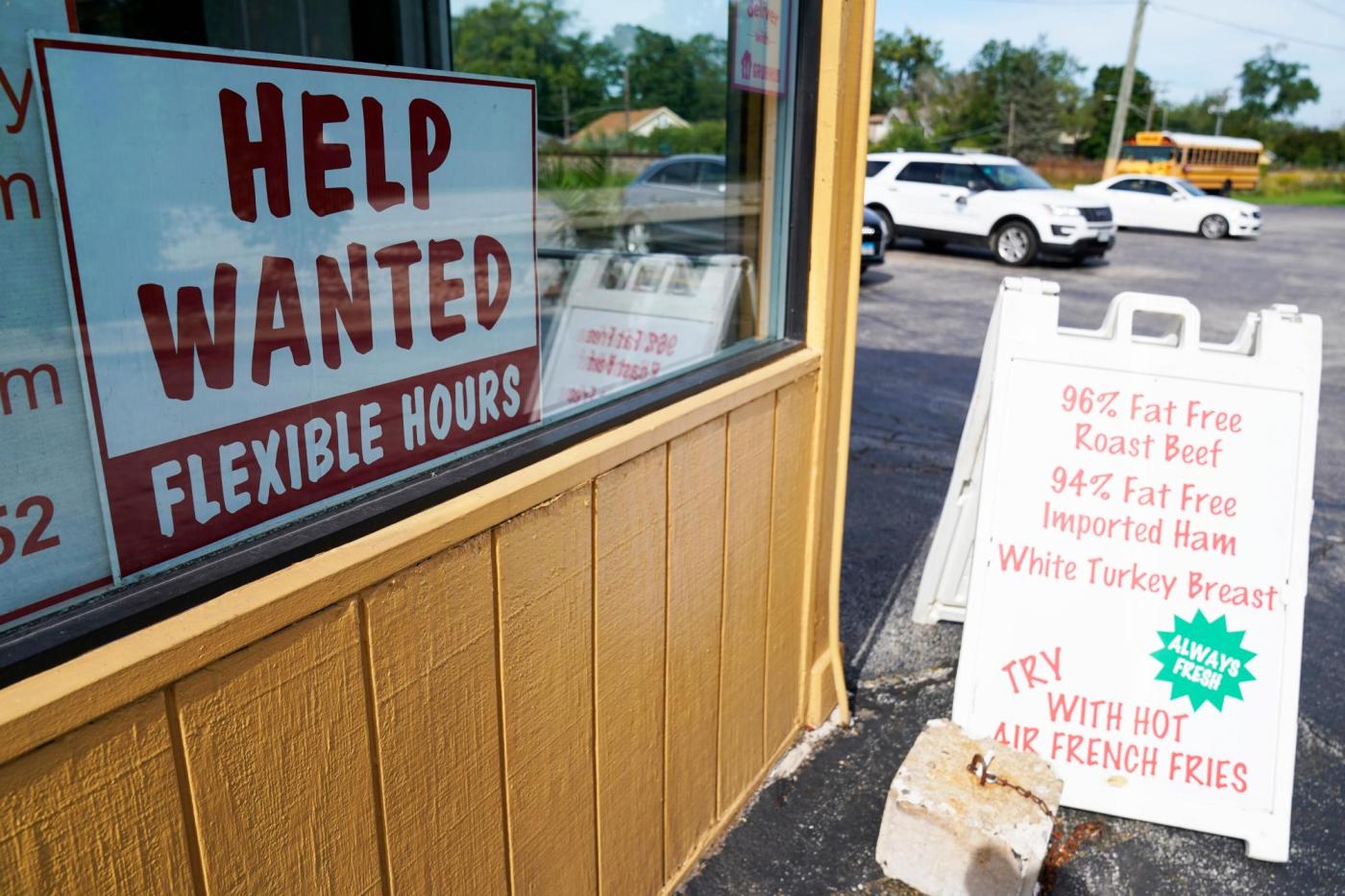 Friday’s government report showed that last month’s hiring remained near the robust pace it has maintained in the two-plus years since the pandemic recession ended. The unemployment rate rose to 3.7% from a five-decade low of 3.5%.

A robust job market is deepening the challenges the Federal Reserve faces as it raises interest rates at the fastest pace since the 1980s to try to bring inflation down from near a 40-hear high. Steady hiring, solid pay growth and a low unemployment rate have been good for workers. But they have also contributed to rising prices.

The October jobs figures were the last major economic report before Election Day, with voters keenly focused on the state of the economy and on their own financial lives.

Chronic inflation is hammering the budgets of many households and has shot to the top of voter concerns in the midterm congressional elections that will end Tuesday. Republican candidates across the country have attacked Democrats over inflation in their drive to regain control of Congress.

WASHINGTON (AP) — The U.S. jobs report for October will be closely watched Friday for any indication that employers are slowing their hiring — a prospect the Federal Reserve would likely welcome as a sign that the high inflation that is gripping the economy might soon begin to ease.

Economists expect the report to show that employers added 200,000 jobs last month, down from an average of 372,000 in the previous three months, according to a survey by the data provider FactSet.

That total would still represent a healthy gain and would suggest that employers still feel the need to fill many jobs. A substantial hiring gain, though, would also mean that wages will likely keep rising and continue to fuel inflation.

Chronic inflation is hammering the budgets of many households and has shot to the top of voter concerns in the midterm congressional elections that will end Tuesday. Republican candidates across the country have attacked Democrats over inflation in their drive to regain control of Congress.

Friday’s jobs report is also expected to show that the unemployment rate ticked up to 3.6% in October from a five-decade low of 3.5%. Hourly pay, too, is expected to have risen at a brisk pace, though it might have weakened a bit from September.

All those trends underscore the challenges the Fed faces as it raises interest rates at the fastest pace since the early 1980s to try to bring inflation down from near a 40-hear high. A low unemployment rate and solid wage gains are good for workers. But sizable pay raises, especially without gains in workers’ efficiency, can contribute to higher inflation.

At a news conference Wednesday, Fed Chair Jerome Powell noted that the strong job market is feeding inflationary pressures as businesses seek to attract and keep workers by raising pay. In September, average wages rose more than 6% from 12 months earlier, according to the Federal Reserve Bank of Atlanta. That was the fastest such pace in 40 years, though it still trailed inflation.

Powell spoke after the Fed announced a fourth straight three-quarter-point increase in its benchmark rate — a series of unusually large hikes that have made mortgages and other consumer and business loans increasingly costly and heightened the risk of a recession.

The Fed’s policymakers did open the door Wednesday to the possibility of a smaller rate hike when they next meet in December. But Powell also said that in order to tame inflation, the central bank would likely have to raise rates high enough to weaken the job market. That could mean that hiring will slow in coming months or even that many employers will cut jobs and increase the unemployment rate.

“The broader picture is of an overheated labor market where demand (for workers) substantially exceeds supply,” Powell said.

The policymakers want to see signs that job growth and wages are easing, he said, “but I don’t see the case for real softening just yet.”

Many economists say that wages tend to follow inflation higher as workers seek to keep up with price increases. Those pay raises, in turn, can keep inflation higher if companies pass on at least part of their higher labor costs to their customers in the form of higher prices.

So far this year, the Fed has raised its key short-term rate six times — from near zero in early March to a range of 3.75% to 4%, the highest level in 14 years.

For now, the economy is still growing. It expanded at a 2.6% annual rate in the July-September quarter after having contracted in the first six months of the year. But much of last quarter’s growth was due to a spike in U.S. exports. By contrast, consumers — the primary driver of the economy — only modestly increased their spending beyond the rate of inflation.

With inflation still painfully high and the Fed making borrowing increasingly expensive for consumers and businesses, most economists expect a recession by early next year.

Housing has, so far, absorbed the worst damage from higher borrowing costs. The Fed’s rate hikes have sent average long-term mortgage rates surging to around 7%, the highest level in two decades. Home sales have cratered as a result, and once-soaring home prices have started to slow.

Many technology companies are also experiencing slowdowns in their businesses. Ride-hailing provider Lyft and fintech firm Stripe have said they are cutting jobs. And on Thursday, Amazon said it would pause hiring in its corporate offices.

Yet much of the rest of the economy has so far remained resilient, with companies in travel, restaurants, manufacturing and health care still hiring. Southwest Airlines told investors last week that it was on track to hire 10,000 employees this year, including 1,200 pilots.

And Adam Schechter, CEO of testing firm Laboratory Corporation of America, told investors, “We have huge efforts underway to try to hire as many people as we can.”