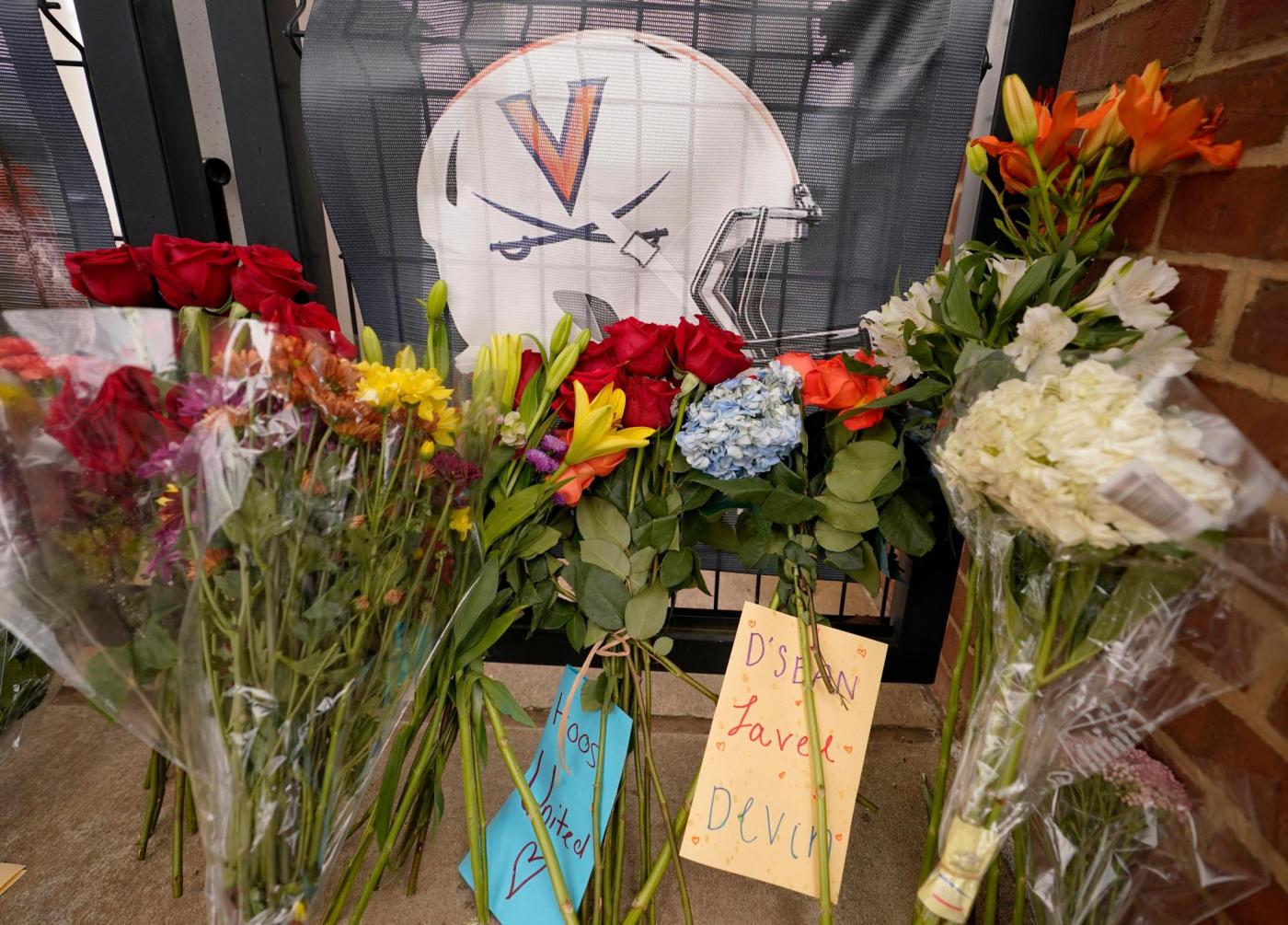 CHARLOTTESVILLE, Va. (AP) — The University of Virginia canceled its final home football game of the season Wednesday, the same day a student accused of killing three members of the team and wounding two other students in an on-campus shooting was due in court for his first hearing.

University officials and police have said Christopher Darnell Jones Jr., 22, joined a group of about two dozen others on a field trip Sunday from the Charlottesville campus to see a play in the nation’s capital, about 120 miles (195 kilometers) away. When their bus arrived back on campus, authorities have said Jones opened fire, killing Lavel Davis Jr., D’Sean Perry and Devin Chandler, and wounding two others, one of them also a football player.

Jones — who police have said was able to flee the shooting scene, setting off a manhunt and 12-hour campus lockdown — faces three counts of second-degree murder, two counts of malicious wounding and additional gun-related charges.

The violence at the state’s flagship public university has set off days of mourning among students and faculty, the broader Charlottesville community and other supporters. Classes resumed Wednesday, though the school announced it was canceling Saturday’s game against Coastal Carolina.

No decision has been made yet about whether UVA will participate in its final game of the season on Nov. 26 against Virginia Tech in Blacksburg, the university said in a news release.

On Wednesday, Jones was expected to appear by video link from a local jail, according to the prosecutor handling the case, Albemarle Commonwealth’s Attorney James Hingeley.

Online records do not list an attorney for Jones. If he is financially eligible for court-appointed counsel, an attorney will be appointed Wednesday, Hingeley wrote in an email, adding there also could be a preliminary bail review at the hearing.

Jones has been in custody since he was arrested in suburban Richmond late Monday morning.

University President Jim Ryan said Monday that authorities did not have a “full understanding” of the motive behind the shooting. Court documents filed so far in the matter have offered no additional insight.

Jones was a member of the football team during the 2018 season, a one-semester walk-on, according to athletics director Carla Williams.

In interviews, his father has expressed confusion and astonishment and apologized to the victims’ families.

Of the two students who were hospitalized, one was discharged from the medical center Tuesday, according to Eric Swensen, a health system spokesperson.

Family members of Mike Hollins, a running back on the team, have said he underwent a second surgery Tuesday.