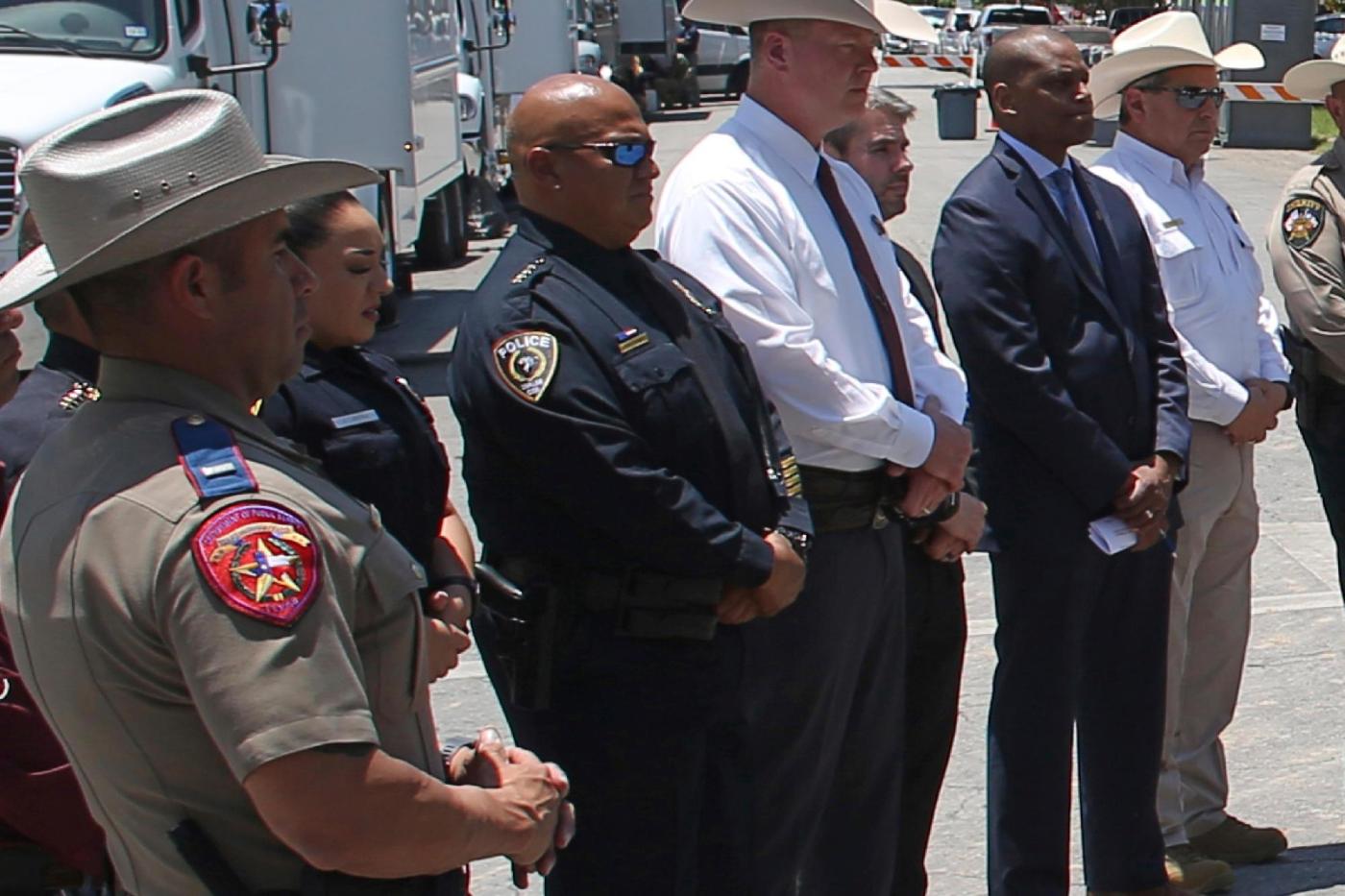 The South Texas city’s school board announced Wednesday that it will consider firing Chief Pete Arredondo at a special meeting Saturday. Arredondo has been accused by state officials of making several critical mistakes during the May 24 mass shooting at Robb Elementary School.

School officials have previously resisted calls to fire Arredondo. The announcement comes two days after a meeting where the school board members were lambasted for more than three hours by members of the public, who accused them of not implementing basic security at Robb, of not being transparent about what happened and of failing to hold Arredondo to account for his actions.

Confronted with parents’ vociferous demands to fire Arredondo and warnings that his job would be next, Superintendent Hal Harrell said Monday that the police chief was a contract employee who could not be fired at will. The agenda for Saturday’s meeting includes the board discussing the potential firing with its lawyer.

Arredondo, who has been on leave from the district since June 22, has faced blistering criticism since the massacre, most notably for not ordering officers to immediately breach the classroom where an 18-year-old gunman carried out the attack. If fired, Arredondo would become the first officer ousted from his job following the deadliest Texas school shooting in history.

Although nearly 400 officers from various agencies were involved in the police response that took more than an hour to confront and kill the shooter, Arredondo is one of only two known to have faced discipline. His attorney did not immediately respond to requests for comment.

The move to potentially fire the chief follows the release of a damning 80-page report by a Texas House committee that blamed all levels of law enforcement for a slow and chaotic response. The report found that 376 law enforcement officers massed at the school, with more than half coming from state and federal agencies, but that they “failed to adhere to their active shooter training, and they failed to prioritize saving innocent lives over their own safety.”

According to the committee, Arredondo told lawmakers he didn’t consider himself the on-scene commander in charge and that his priority was to protect children in other classrooms. The committee report called that decision a “terrible, tragic mistake.”

Body camera footage released by the Uvalde officials shows Arredondo in the hallway trying multiple sets of keys on other classroom doors, but not the one where the massacre took place. The classroom door could not be locked from the inside, but there is no indication officers tried to open the door while the gunman was inside.

Arredondo, 50, grew up in Uvalde and spent much of his nearly 30-year career in law enforcement in the city. He took the head police job at the school district in 2020 and was sworn in as a member of the City Council in a closed-door ceremony May 31. He resigned from his council seat July 2.

The spelling of the police chief’s last name has been corrected in several places in the story.

More on the school shooting in Uvalde, Texas: https://apnews.com/hub/uvalde-school-shooting