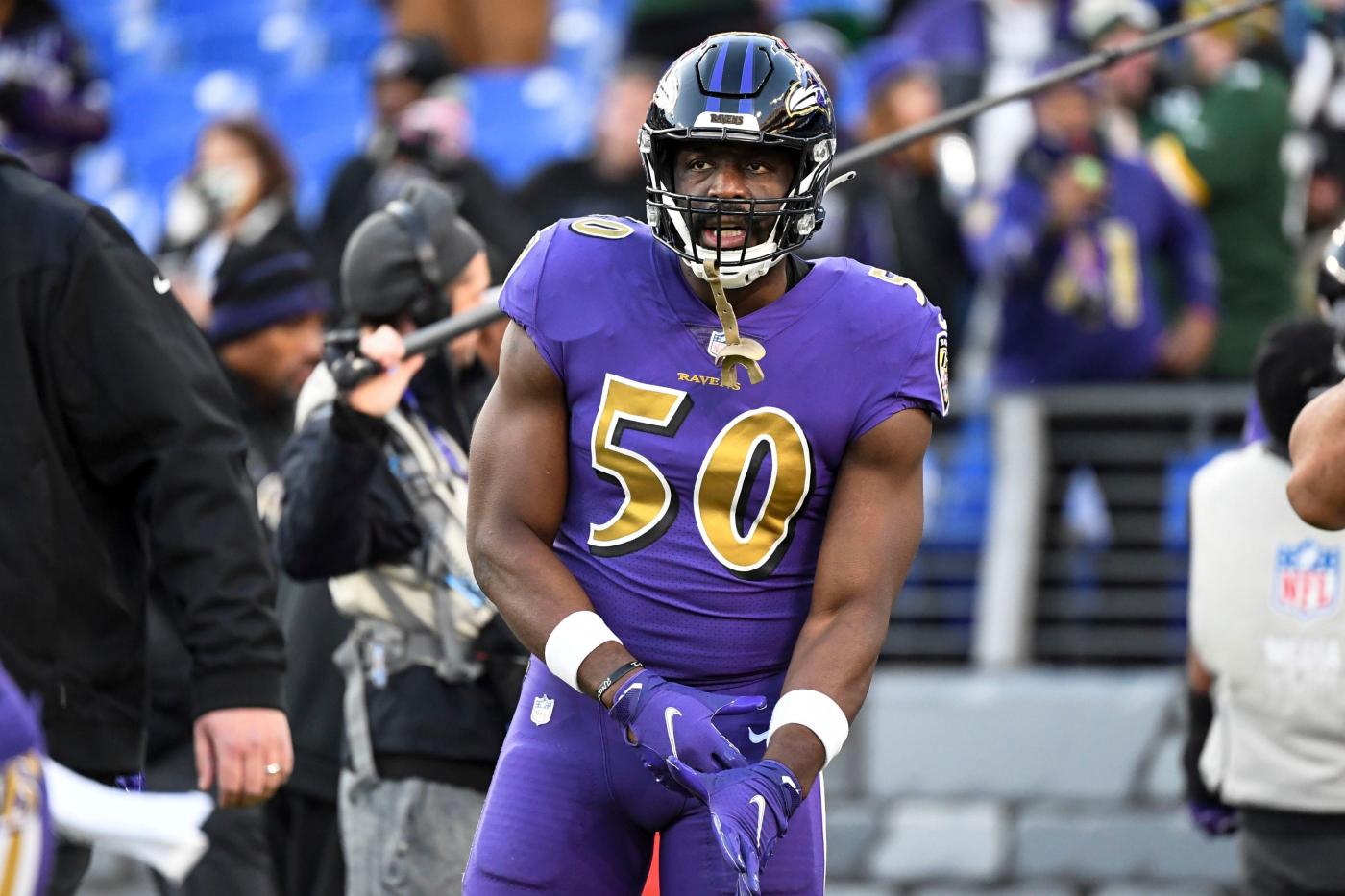 Veteran outside linebacker Justin Houston will return to the Ravens on a one-year deal, the team announced Thursday, filling out one of the thinnest position groups on the roster.

Terms were not immediately available, but Houston, 33, made $2.075 million last year. The four-time Pro Bowl selection recorded 4 1/2 sacks and a team-high 17 quarterback hits in his first season for the Ravens, bringing his total to 102 sacks in an 11-year career that includes stops in Kansas City and Indianapolis.

In addition to his pass-rush production, Houston graded as a solid run defender and formed mentoring bonds with younger outside linebackers, especially 2021 first-round draft pick Odafe Oweh, who referred to him as “Yoda.”

“I obviously feel like guys like Justin and Calais [Campbell], they put it upon themselves to really try to push us, really try to make sure we max out everything that we can be,” Oweh said.

Houston will bring some certainty as the Ravens wait to see how starter Tyus Bowser and second-round pick David Ojabo recover from torn Achilles tendons. Daelin Hayes, a 2021 fifth-round pick, is also a candidate to earn snaps this season, with veterans Steven Means and Vince Biegel and undrafted rookies Jeremiah Moon and Chuck Wiley rounding out the position group going into training camp. Jaylon Ferguson, who was entering his fourth NFL season in Baltimore, died last month from the combined effects of fentanyl and cocaine.

Bowser and Ojabo aren’t the only outside linebackers with injury concerns. Last season, Oweh missed two games with a foot injury and then had offseason shoulder surgery, Hayes missed 16 games with foot and ankle injuries and Biegel missed 12 games as he recovered from a 2020 Achilles injury.

The Ravens used the obscure unrestricted-free-agent tender on Houston, meaning they would have had exclusive negotiating rights if he did not sign with them or another team by July 22. But the mechanism proved unnecessary as the sides reached a deal more than two weeks before the deadline.