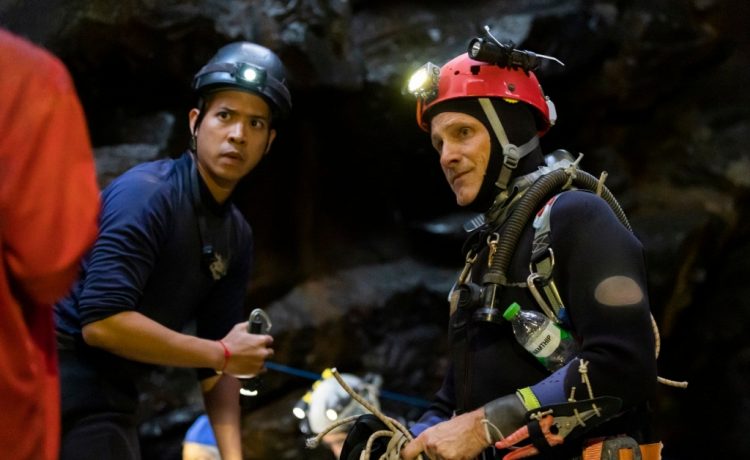 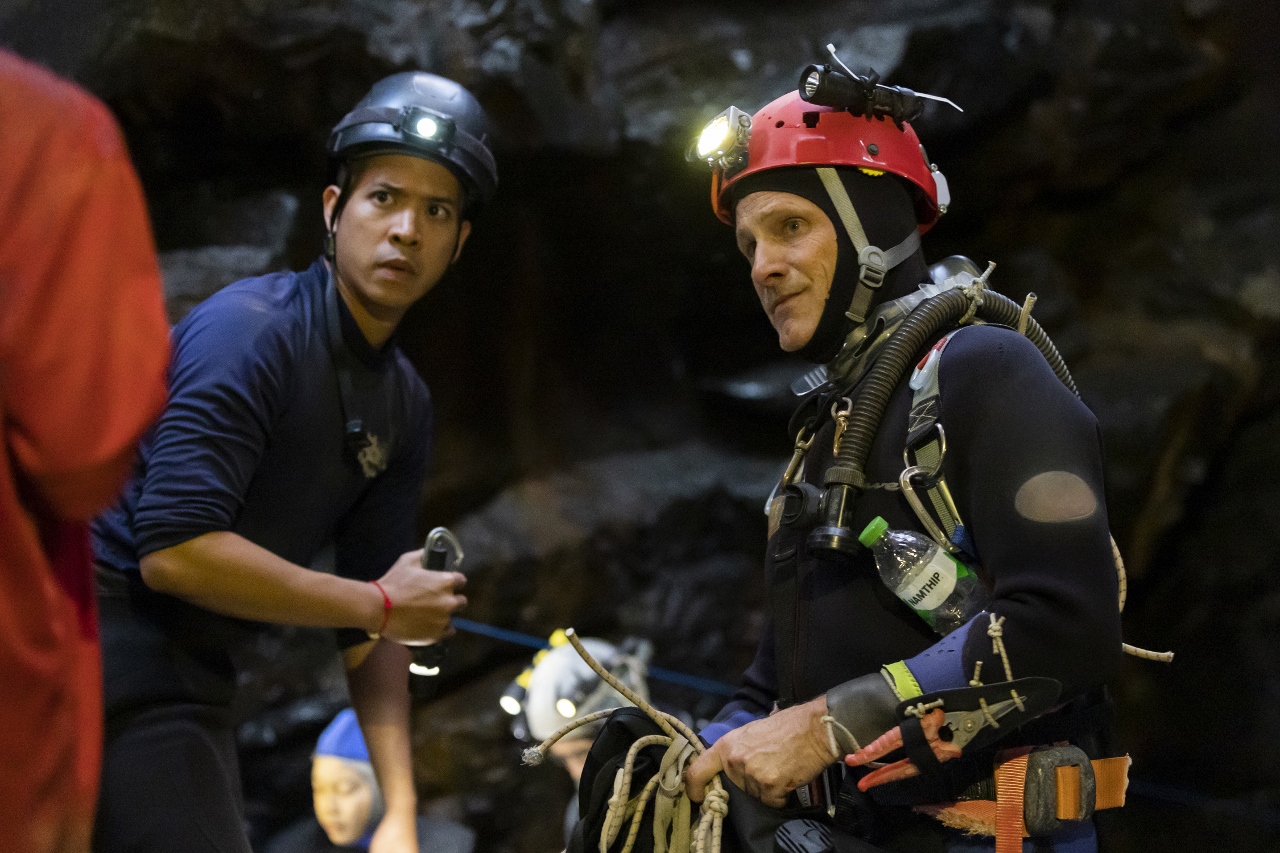 Ron Howard’s “Thirteen Lives” dramatically recreates the incredible but true rescue of a Thai boys soccer team and their coach after 18 days in a flooded cave.

In 2018, the Tham Luang rescue was accomplished by Thailand’s Navy SEALS, veteran British cave divers (played by Viggo Mortensen, Colin Farrell) and an Australian anaesthetist (portrayed by Joel Edgerton) who risked safely tranquilizing all 13 so they could be individually carried out in a six-hour-long underwater trek.

“Rick and I had been talking for months before filming,” Mortensen, 63, recalled.  “I also went to meet him in London during the pandemic, secretly. Because during the lockdown I was in Spain and couldn’t go anywhere.”

Mortensen met divers in Northern Spain who “eventually convinced me” to cave dive.

“Rick was always, ‘First of all be safe’ and one thing that Rick kept talking about is: ‘Remember to just breathe calmly. Just control your breathing.’

“Also, there’s situations where you get snagged or something goes wrong, you want to be able to think calmly — and that has to do with breathing. A lot of places were so narrow that you had to just wiggle through. Sometimes you had to take your tank off while you’re underwater without disconnecting from the air and push it through.

“Then you go through this wiggle area, put the tank on — and do this all calmly. And we had two tanks so if something went wrong with one, just be calm, don’t freak out.”

Mortensen knew even with a crew and security all around, “You can drown in a few seconds. Once you freak out and you swallow a little water, you’re done.

“And even though it’s a movie, and you’re in this place, nobody can get to you fast enough.”

When Mortensen accidentally shut off his tank and had no air, “I was, ‘Remember what Rick said.’ I was, ‘Okay, I have the other tank, so just try to get over and switch the other mouthpiece. Do it calmly.’

“It seemed like it took forever. I got it done and then managed to get through this tight spot. But I really had a moment there where I started to breathe fast, and panicked.”