Viola Davis wins as warrior in uneven ‘The Woman King’ 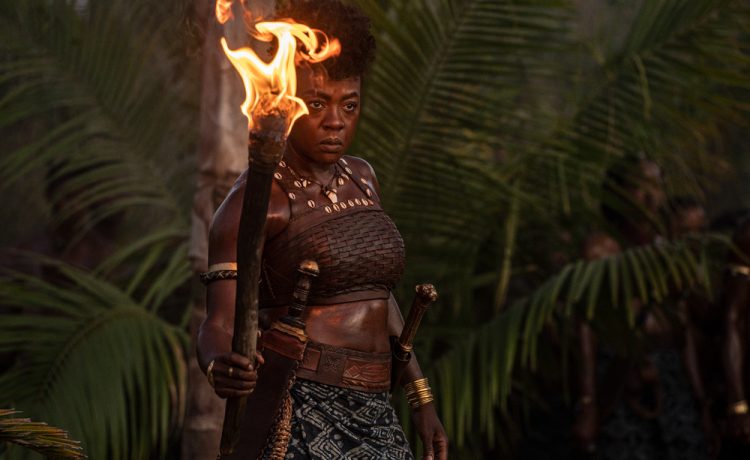 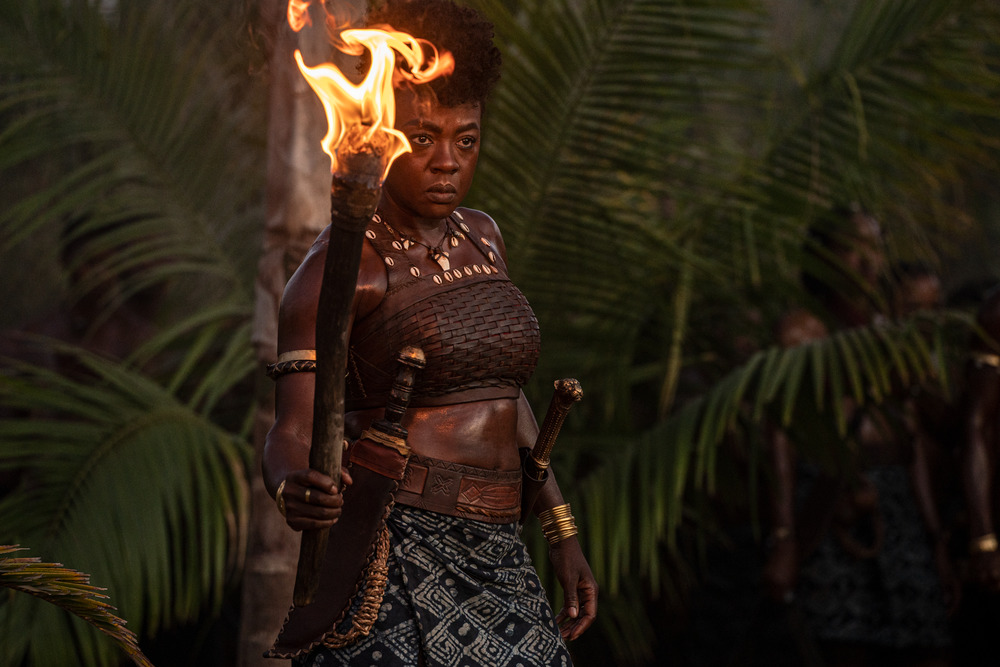 Wakanda Forever. Dahomey? Not so much. “The Woman King,” a film starring and executive produced by Viola Davis, is set in the early 1820s in the West African nation of Dahomey. Davis ably enough plays Nanisca, the leader, a general actually, of a group of Dahomey women soldiers known as the Agojie. They serve Dahomey King Ghezo (a strutting John Boyega), a young, strong leader with a harem full of scheming wives, a wiry counselor (Siv Ngesi) and a fierce enemy looking to conquer his people and sell the prisoners to European and American slave traders.

In opening scenes, the father of a rebellious young woman named Nawi (South African Thuso Mbedu) angrily leads his daughter to the king’s modest palace and leaves her there to join the Agojie after she refuses to marry the abusive man her father has chosen. At the palace, where the Agojie live and train, Nawi causes much trouble. She calls the heavily scarred Nanisca a “regular, old woman” and runs afoul of fierce Agojie lieutenant Izogie (Lashana Lynch, “No Time to Die”). Prior to all of this, We see the Agojie attack a group of male soldiers and cut them down. The real enemy are the soldiers of a nation known as the Oyo Empire, The Oyo scoff at the idea of women warriors. Their leader is Oba Ade (Jimmy Odukoya), a big, sadistic brute with an evil glint and large biceps.

Directed by Gina Prince-Bythewood of the R-rated, Charlize Theron-led “The Old Guard,” “The Woman King” is a PG-13-rated film about sword battles. We see a lot of apparently PG-13-approved throat slitting, but not much beheading or loss of limbs. This lack of realism detracts from the dramatic seriousness of the well-staged fighting scenes. Made on an obvious budget and shot in South Africa, the film is completely professional-looking. But its depiction of Dahomey is modest. Most of the action takes place near a coast, where we see Western ships arrive, carrying two men speaking Portuguese. One of these is slave trader Santo Ferreira (Hero Fiennes Tiffin), the other is a  handsome, mixed-race sailor named Malik (Jordan Bolger). The son of a slave and a slave trader, Malik has deep reservations about slavery and becomes Nawi’s bare-chested love interest. In a contest to prove her worthiness as a warrior, trainee Nawi must crawl her way through a thicket of thorns, tearing her flesh, racing against other trainees. It’s all a bit dopey.

“The Woman King” acknowledges Dahomey’s role in slavery and how the kingdom sells its war prisoners to slavers. The king’s urge to get out of the slavery business is a crucial part of the film’s story. Working with a choir and an orchestra, Grammy Award-winning composer Terence Blanchard delivers “Lion King”-like touches of deep emotion at regular intervals. It’s quite powerful and evocative. But it also adds to the sense of the Disney-fying of this story.

“The Woman King” is a story that needs to be told. It’s revolutionary in terms of tales of Black African heroes that have come out of the American film industry. It has great social significance. But as a work of art, “The Woman King” falters. The screenplay by Dana Stevens (“Fatherhood”), working with a story by actor Maria Bello, is often simplistic and shallow. In scenes recalling the Amazons in the “Wonder Woman” films, Davis, sporting a modified Mohawk, leads the Agojie into battle, where they make a distinctive, ululating war cry before leaping upon their opponents. It’s impressive, even stirring. But at two hours and 15 minutes, “The Woman King” limps to the finish line.