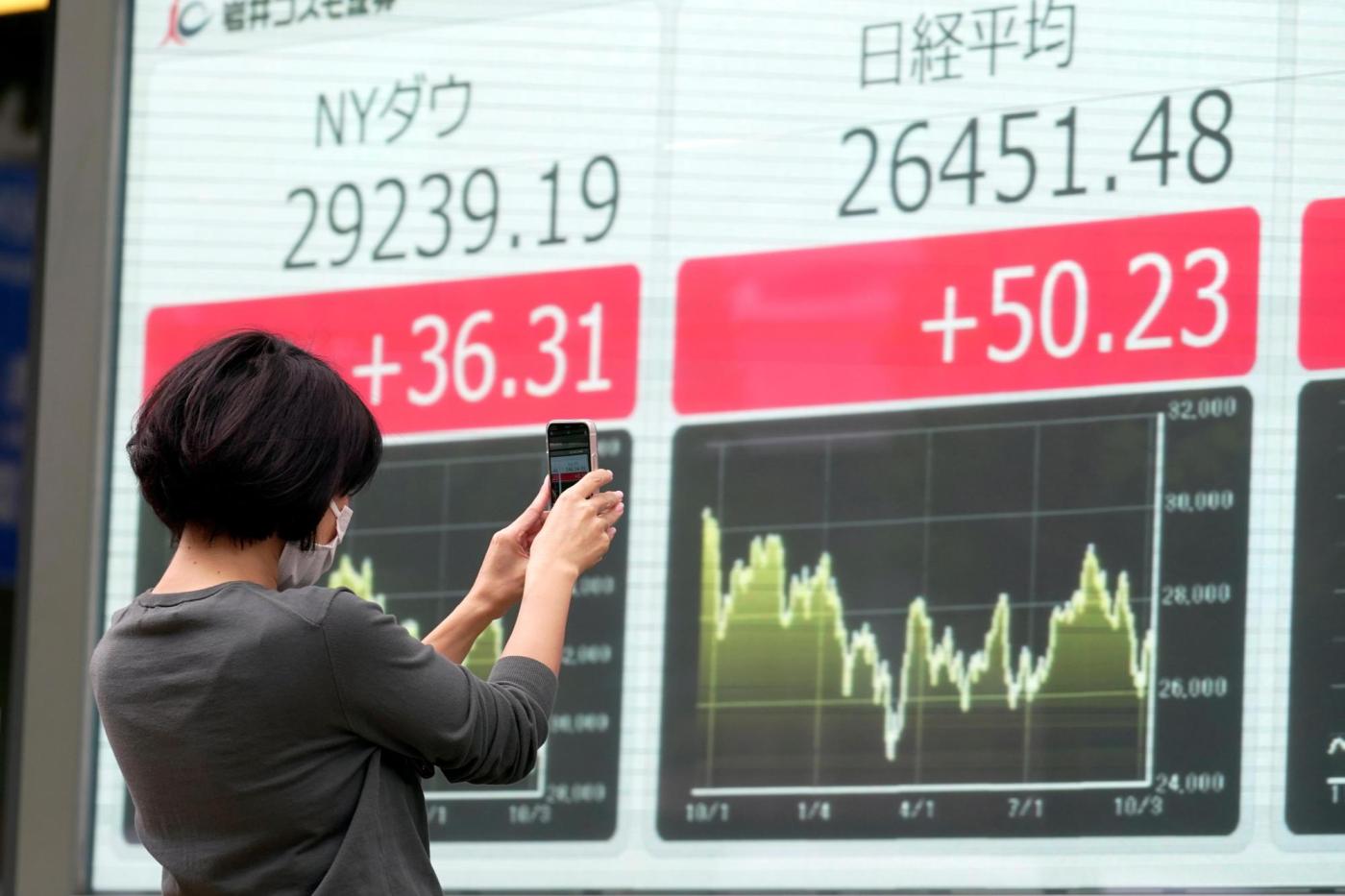 NEW YORK (AP) — Wall Street pointed higher before the bell Wednesday ahead of more inflation and retail sales data, as well as the kick-off to the corporate earnings season.

Fears of a recession have been weighing on markets as stubbornly hot inflation leads consumers to temper their spending.

The Federal Reserve is aggressively raising its benchmark interest rate to make borrowing more expensive, a strategy that carries the risk of slowing the U.S. economy too much and pushing it into a recession.

The Fed will release minutes from its last meeting later Wednesday, possibly giving Wall Street more insight into its views on inflation and next steps.

Investors and economists still expect the Fed to raise its overnight rate by three-quarters of a percentage point next month, the fourth such increase. That’s triple the typical hike, and would bring the rate up to a range of 3.75% to 4%. It started the year at virtually zero.

The government will also release its report on wholesale prices Wednesday, providing an update on how inflation is hitting businesses. A closely watched report on consumer prices is due Thursday and data on retail sales for September is due Friday.

The corporate earnings season begins in earnest this week with quarterly reports from PepsiCo, Delta Air Lines and Domino’s Pizza. Banks, including Citigroup and JPMorgan Chase, will also report results.

On Wednesday, PepsiCo upped its outlook for the year with higher prices pushing up sales in the third quarter by 9%. Average prices at the drink and snacks maker rose 17%.

The British pound weakened against the U.S. dollar after the governor of the Bank of England, Andrew Bailey, confirmed the bank will not extend beyond Friday an emergency debt-buying plan introduced last month to stabilize financial markets.

The pound fell by almost 1% to just below $1.10 after Bailey spoke, before rallying slightly. Financial markets reeled, with the currency hitting a record low of $1.03, last month after the government announced plans for tax cuts without saying how it would pay for them.

South Korea’s Kospi added 0.5% to 2,202.47 after the Bank of Korea raised its key rate by 0.5 percentage points, against the backdrop of the U.S. Fed rate hikes, which have boosted the value of the dollar against many other currencies, including the won.

Bank of Korea Gov. Rhee Chang-yong told reporters that most monetary policy board members want the terminal policy rate to be at 3.50%. Analysts at SG Global Economics said they expect the pace of the tightening to slow down, with two more 0.25 percentage point hikes, one in November and another in January next year.

The Japanese yen declined to a 24-year low against the U.S. dollar to 146 yen-levels, raising expectations of an intervention to prop up the yen following one such move in September. The dollar was trading at 146.59 Japanese yen, up from 145.80 yen. The euro cost 97.10 cents, inching up from 97.07 yen.

The weaker yen raises costs for both consumers and businesses who rely on imports of food, fuel and other needs, but the bigger purchasing power for foreign currencies is expected to boost tourism. Japan reopened fully to individual tourist travel this week after being closed for more than two years because of the pandemic.