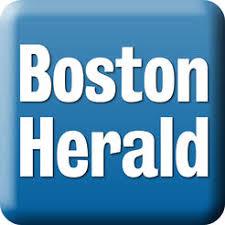 NEEDHAM – Walpole field hockey head coach Jen Quinn believes the first goal of any game is always the hardest, something of which her team knows a little too much about with some first-quarter scoring struggles so far this year.

Once the surging Porkers hit the back of the cage early against Needham Wednesday afternoon, though, offense just seemed to kick into gear en route to a big Bay State Conference win at DeFazio Field.

Behind a pair of goals from Lindsey Jacobs and a dominant display of possession, Walpole (12-1) overcame a stout Rockets (5-6-2) defense to beat them 4-0 for the regular season sweep. All four goals came in the first half, including three in the second quarter as the Porkers used relentless pressure to find some cracks in an otherwise impressive defensive showing from the Rockets.

Those cracks included three goals on corner plays, of which Walpole forced 19 in all.

“That first goal is the hardest and it takes the longest to get, and then once you get that one, they all start to settle in,” Quinn said. “(Needham) is good. They’re a good team, they’re athletic.”

Quinn doesn’t like to rely on corner goals for offense normally, especially when a team like Needham can efficiently defend the play like it did Wednesday. Between a 10-0 first-half shot advantage and the time of possession disparity on Needham’s side of the field, however, it seemed to work just fine for the Porkers to get the win.

Jacobs scored both of her goals at the post on corner plays, giving Walpole a 1-0 lead with three minutes left in the first quarter before doubling the margin early in the second. The Porkers wouldn’t allow much of a response in the meantime, paving the way for big insurance goals from Brigid Welch on a tip and Kerin Birch on a missile from the top of the circle to build a comfortable lead by the break.

“We knew they were a good team, we just had to play the game we know how to play – play hard, play well, come out strong. That’s what we did,” Birch said. “We have a lot of trouble scoring in the first quarter, usually. So to get one on the board before going into the second quarter, even going into the second half, especially against Needham … I think that was really good for us. A lot of corners, a lot of shots, a lot of opportunities. Getting one on the board early is great.”

Needham came out better in the second half, forcing a pair of shots on net and three corners as offense gained a little bit of steam. Walpole couldn’t get anything past second-half goalie Allie Curtis (six saves) the rest of the way, leading the Rockets to much more of the competitive play it started the game with.

That defensive intensity wouldn’t be enough for any comeback attempt, though, as the Walpole midfield continued to defuse most of Needham’s transitions to maintain pressure on the attack.

With sights set on potentially getting back to a deep run in the Div. 1 playoffs next month, that ability to catch fire on offense and hold down a shutout win over a skilled opponent like Needham resonates well with the team moving forward.

“It’s good,” Quinn said. “I think we’re on that upward trajectory and it’s not a bad thing. That’s my thing, you want them to peak October 31.”

“That was great,” Birch added. “Even seeing the difference between playing them now and when we played them three weeks ago, it’s fantastic. … I think a lot of us who were on the team last year are still snake-bitten about last year (losing in the state title game), so we’re coming to the tournament ready.”