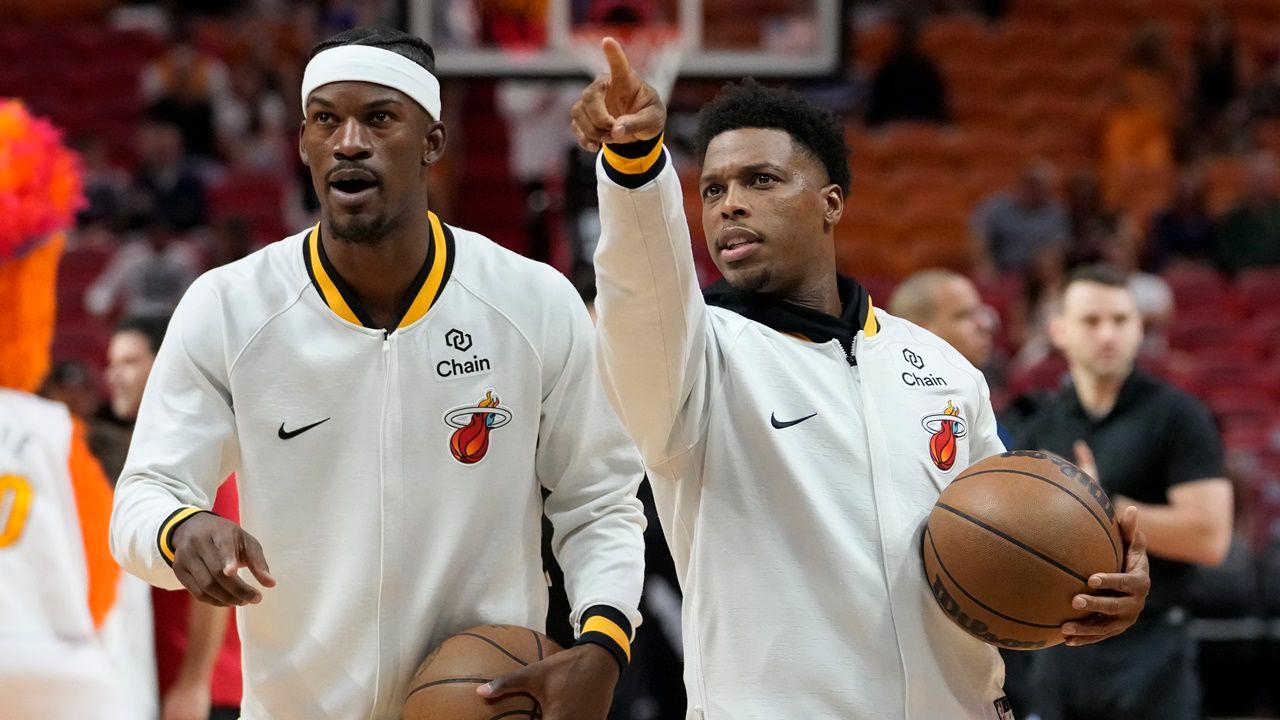 A: When such lack of productivity translates into losses. Kyle Lowry has scored 14 total points in the last three games, but the Heat have won two of those three. And before that, Kyle scored 14, 18 and 21 in his previous three appearances. As for Jimmy Butler, he did not force the issue amid his struggles, deferring to Bam Adebayo and Tyler Herro. And that means something, too, knowing when the night belongs to someone else. Look, the Heat are not the Cavaliers with Donovan Mitchell or the Warriors with Klay Thompson and what those two did Monday night. This is an ensemble team. So the night on Monday belonged to Bam and Tyler. Plenty of previous nights have belonged to Jimmy. So now the question becomes when/if Kyle turns it around.

Q Ira, that backup backcourt of Victor Oladipo and Gabe Vincent is pretty disruptive defensively. I can see Erik Spoelstra closing out playoff games with them and possibly in two-guard lineups with Tyler Herro. – Eddie.

A: But, as with any lineups, there has to be a balance. With Victor Oladipo and Gabe Vincent there also has to be an offensive component, because they likely will be utilized in the second unit with a (mostly) non-scoring center, in Dewayne Dedmon or Orlando Robinson, as well as mostly with spot-up shooters who don’t necessarily create their own offense, in Max Strus and Duncan Robinson. Granted, the Heat will cycle scorers back into the mix with the reserves, such as Jimmy Butler and Bam Adebayo, but I’m not sure you otherwise can have a five-man second unit with limited offense in the backcourt. To his credit,Vic is coming around in that aspect. And Gabe is still rounding into form after missing time with his knee issue. So perhaps you are on to something.

Q: I’ll continue saying it – three years too late with Kyle Lowry. We will see moments this season, but not a lot. Being 36 is 36. No way around that. – Douglas.

A: But at a similar age, Chris Paul was at, or at least near, the top of his game, and the Heat were hoping for something similar. Perhaps that was misguided. So maybe Gabe Vincent comes around, or perhaps Victor Oladipo becomes more of a distributor. But the Heat, at least at the moment, are not getting a return on their 2022-23 Lowry investment. Still, they basically did last year, and we’re not yet at the midpoint of this season.