Todays Though > News > Was Max Strus at the finish in Washington the Heat’s best option? – Boston Herald
News

Was Max Strus at the finish in Washington the Heat’s best option? – Boston Herald 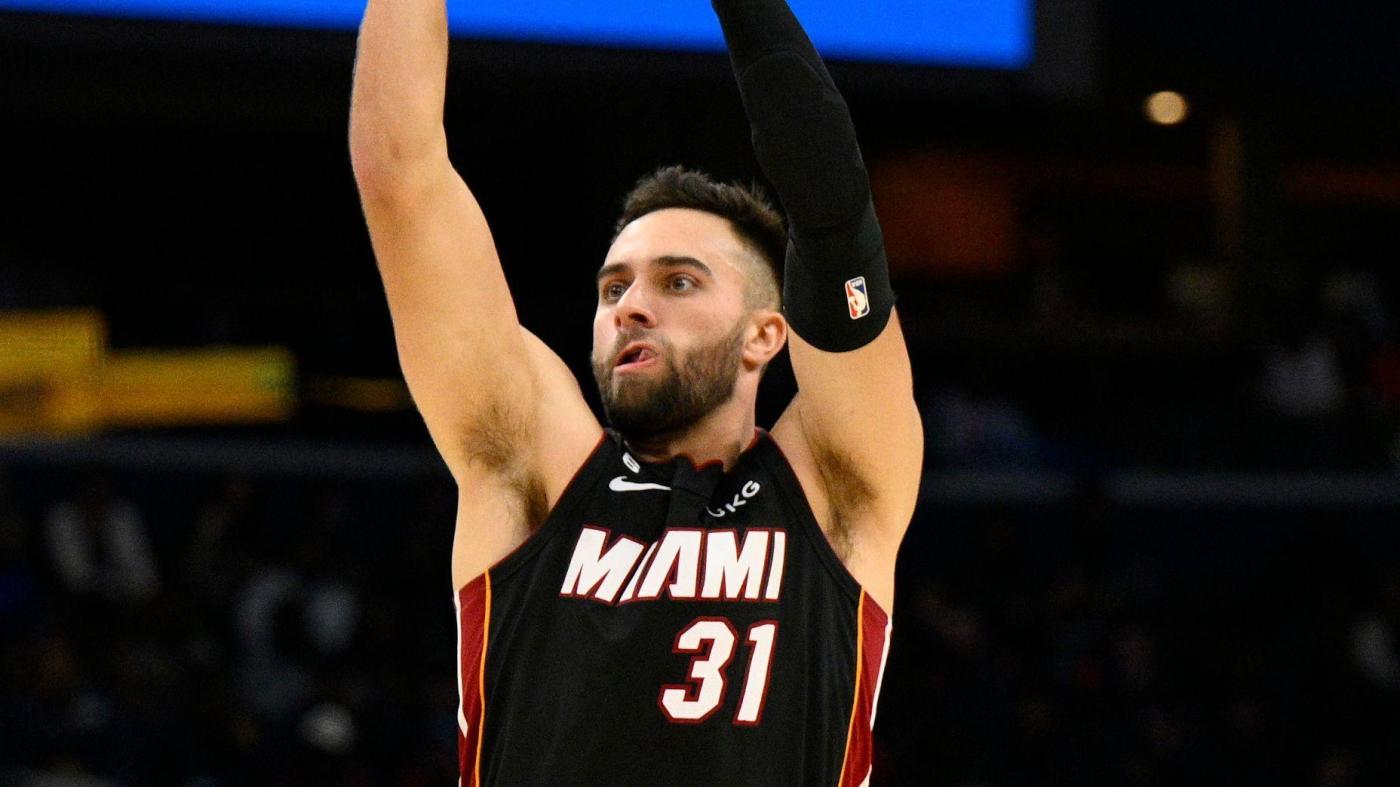 Q: Max Strus’ last shot? He was obviously tired and struggling. His shots were hitting the front of the rim. It would have been better to have Caleb Martin or Kyle Lowry or even Haywood Highsmith. But when they sent that play for Strus, I knew it was over. – Roland, Borrego Springs, Calif.

A: Considering the Heat were out of timeouts, I’m not sure you can get a better, cleaner look than what the Heat got from Max. It was a far better look than the wayward buzzer-beating attempt Tyler Herro missed in Indiana. Yes, Max was 3 of 14 at that juncture since halftime. But it’s not as if anyone was lighting it up, with a paltry two points in overtime by the Heat. And it’s not as if everyone in the game wasn’t exhausted. That didn’t lose the game. I’d look more at the Kyle Kuzma 3-pointer the Heat allowed at the end of regulation, the shot Lowry missed at the end of regulation, and even the somewhat questionable overturn of what would have been a three-shot foul for the Heat in overtime. Max has played to and beyond his pedigree this season.

Q: Now that the Heat are short of healthy players and especially centers, the decision to hire Udonis Haslem for one more year looks even more questionable than before. Do you still agree on the benefits of this deal as opposed to having now some more flexibility? – Simon.

A: First, I was always in favor of flexibility. But also keep in mind that had Udonis Haslem not been away Friday attending to a family matter, he almost assuredly would have played – likely over Orlando Robinson. And let’s be frank, how many times have or will the Heat be limited to seven playable bodies? The Haslem contract is ancillary to the overall struggles.

Q: You are what your record says you are, and this is an average team. Is there anything Pat Riley can do to make us a contender, or are the assets to trade just not there? – Clay, Coral Gables.

A: Honestly, I don’t see such a path other than mortgaging future draft picks, which I do not believe is prudent. It’s more of a case of Erik Spoelstra finding a way, which he certainly has over the years including last season when the roster was ravaged by COVID, and almost did Friday night. So perhaps it’s giving more leeway to Nikola Jovic. Perhaps it’s getting Tyler Herro back to his sixth-man role. Perhaps it’s convincing Jimmy Butler to play in attack mode all the time. But I’m just not sure anyone is or can come through that door at the moment.