Todays Though > News > ‘We are ready to go’ – Boston Herald
News

‘We are ready to go’ – Boston Herald 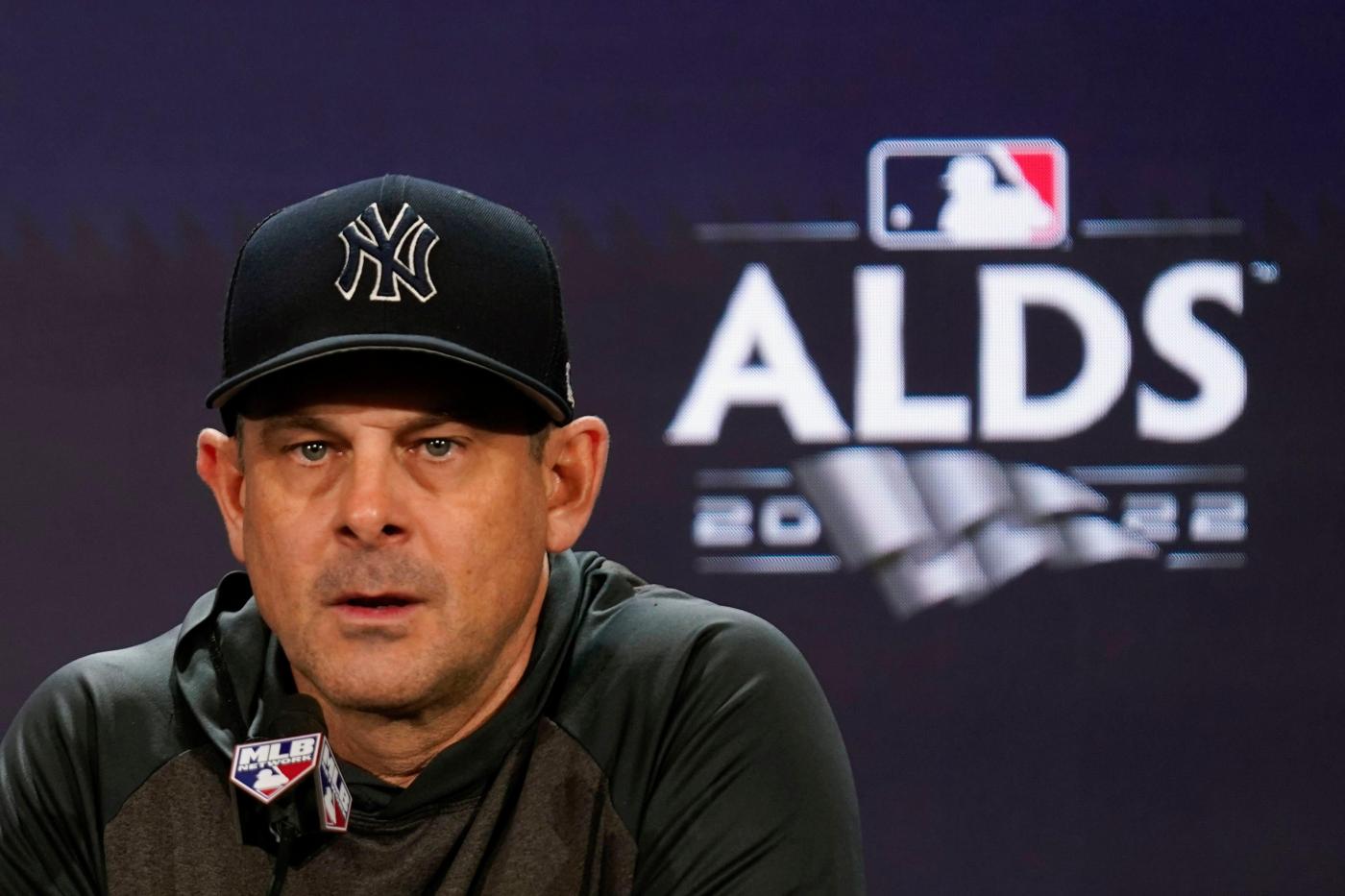 Aaron Boone is tired of hearing about the Yankees’ peculiar schedule.

Entering Friday’s Game 2, his team had played exactly once since the regular season ended, which was nine days ago. The rain delay that moved the game from Thursday to Friday did not do them any favors as far as establishing a rhythm, and Boone was stern with a reporter who dared ask him about that.

“Enough of that question,” he said. “We are ready to go. We were prepared for Game 1 with the layoff. Take advantage of the rest and we are ready to roll.”

Unlike Gerrit Cole, who famously shouted at Billy Crystal on Opening Day for hamming it up during his ceremonial first pitch and delaying the start of the game, Game 2 starter Nestor Cortes is not the type to get rattled. Sure, not pitching since Oct. 1 was strange, but with Cortes’ makeup and pitching style, he might have been the player that Boone is least concerned about.

“We are kind of über-focused on [Friday] and trying to go out and get a second victory,” the manager said. “Hopefully Nestor gets us off to that start. Each day is new and different and you make the adjustments you need to do. But no, not even thinking about that [layoff] right now.”

Whether layoff-induced or not, Cortes and the Yankees could not get that pivotal Game 2 win. Cortes allowed a monstrous two-out walk to Owen Miller (who later scored) in the fourth inning and then fell victim to an Amed Rosario home run in the fifth.

“I thought I was pretty good,” Cortes self-evaluated. “Everything felt pretty normal. I maybe missed a little bit more than I wanted to, but no, the break didn’t affect me at all.”

Because of their first-round bye and the unforeseen weather problems, the theme of this series for the Yankees is adapting to new challenges. Cleveland is mostly on a normal postseason schedule, and as managers are fond of saying, any weirdness that pops up during a series affects both teams. Both teams had to move their Game 2 starter back a day, both will now have to play four games in four days if the series goes all the way to Game 5, and both had to get up early for Friday’s afternoon clash.

“[We’re] excited to go out there and compete again against a great opponent on what looks like a beautiful day,” Boone said on Friday morning. “You know, all the anxious drive in, the nerves, the excitement, all of it, you try to embrace all of that. But yeah, excited to get back out there and hopefully have another good performance.”