‘We have to get it figured out’ – Boston Herald 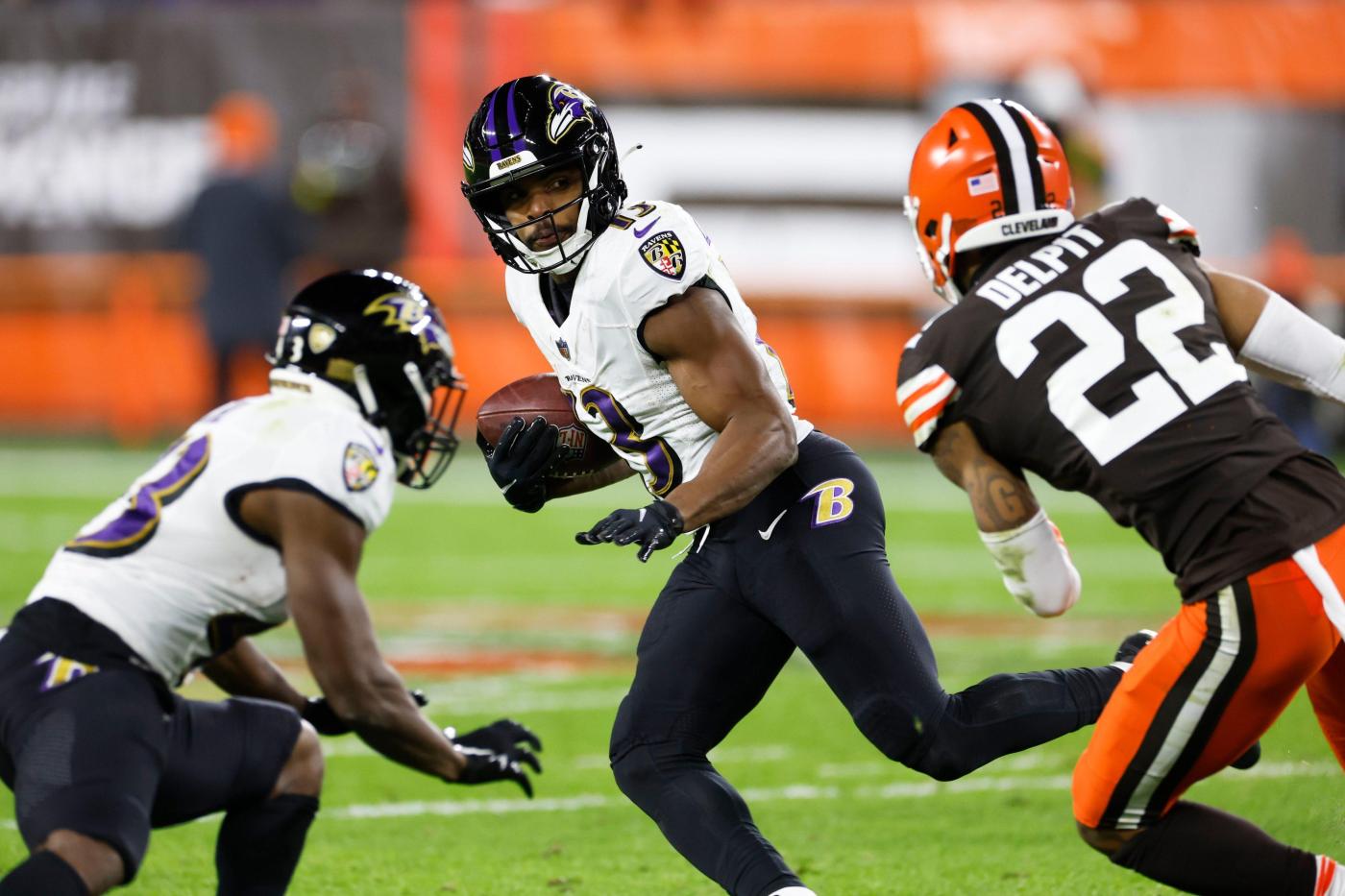 The Ravens’ 13-3 loss to the Cleveland Browns on Saturday afternoon once again raised concerns about a passing game that has struggled in recent weeks.

While running backs J.K. Dobbins and Gus Edwards had solid performances, the Ravens struggled to get anything going through the air. Backup quarterback Tyler Huntley, who started his second straight game for injured star Lamar Jackson, went 17-for-30 for 138 yards and an interception. Tight end Mark Andrews only had 31 yards on three receptions, while wide receivers Demarcus Robinson and Devin Duvernay each recorded 29 receiving yards.

“We have to just have a better passing game,” coach John Harbaugh said. “It’s not a good enough passing game right now across the board to do the things that we’re hoping to do. So, that will be priority [No. 1].”

Heading into the season, the Ravens’ depth at wide receiver was a huge question mark. After trading Marquise “Hollywood” Brown to the Arizona Cardinals in April, Baltimore didn’t draft a wide receiver or make a splashy move in free agency besides signing Robinson, who was cut from the Las Vegas Raiders early in training camp.

The Ravens believed in the talent they already had, and their faith was rewarded early on. Rashod Bateman looked every bit like a No. 1 wide receiver, Duvernay was a swiss-army knife on offense and Andrews continued to play like one of the best tight ends in the league.

When Bateman suffered a foot injury against the Buffalo Bills in Week 4 and eventually underwent season-ending surgery, Baltimore’s passing game started to decline. The Ravens haven’t had a wide receiver catch a touchdown pass since Week 3, while Robinson is the only wideout to record 100-plus yards in a game since Bateman’s 108-yard performance in Week 2 against the Miami Dolphins. Duvernay has a combined 94 receiving yards in the last six games. Veteran DeSean Jackson hasn’t done much since joining the team in October, catching seven passes for 134 yards in five games. After catching 22 passes over the last four weeks, Robinson fumbled twice Saturday.

Perhaps the biggest concern is Andrews. After averaging 75.8 receiving yards in the first six games, he’s averaged 35.3 yards in his last seven. Offensive coordinator Greg Roman said Thursday that the two-time Pro Bowl selection is “getting doubled a lot.”

The Ravens are known for running the football, and on Saturday they did it effectively. Baltimore totaled 198 yards on the ground, while Dobbins rushed for 125 yards on 13 carries in his second game back from arthroscopic knee surgery.

But trailing by 10 in the second half, the Ravens needed more from their passing game to catch up. Unfortunately, they couldn’t deliver.

The Ravens’ second drive of the fourth quarter showcased their inability to push the ball down the field when it matters most. Huntley threw three straight incomplete passes, including a drop by wide receiver James Proche II on fourth-and-4 that gave the Browns the ball with 9:34 left in the quarter. When the Ravens regained possession with 4:24 left, Huntley was sacked twice by Browns defensive end Myles Garrett before completing a 5-yard pass to Andrews on third-and-18. On fourth-and-13, Huntley’s pass down the middle to Proche was broken up by cornerback Denzel Ward, solidifying a gut-wrenching defeat.

“They just played soft coverage, and they have edge rushers,” Huntley said. “I tried to get the ball out, and the times I held it, it was time-wise. Cleveland did a good job with the game plan they had.”

Saturday’s loss showed the Ravens desperately need Jackson, the 2019 NFL Most Valuable Player who has missed the last two games with a sprained PCL. Right guard Kevin Zeitler said Jackson is “definitely part of the puzzle,” but he echoed the team’s belief in Huntley, who’s now 2-4 as a starter.

“Last year, we were able to score a bunch with [Huntley] back there, too,” Zeitler said. “Everyone has a role somewhere somehow. We did some things well, but we were not able to put it all together. We have to get it figured out.”

The Ravens are still in a good spot as they have a 97% chance of making the postseason, according to FiveThirtyEight. However, their struggles to find consistency in the passing game separates them from most playoff contenders. With only three games left in the regular season, the Ravens can only trust the players they already have.

“These guys are all pros,” Harbaugh said. “They just have to put it together. We have to get it rolling. That’s a week-to-week deal, and I’m confident in those guys. Every single one of them.”