‘We’d like to think it was for him’ – Boston Herald 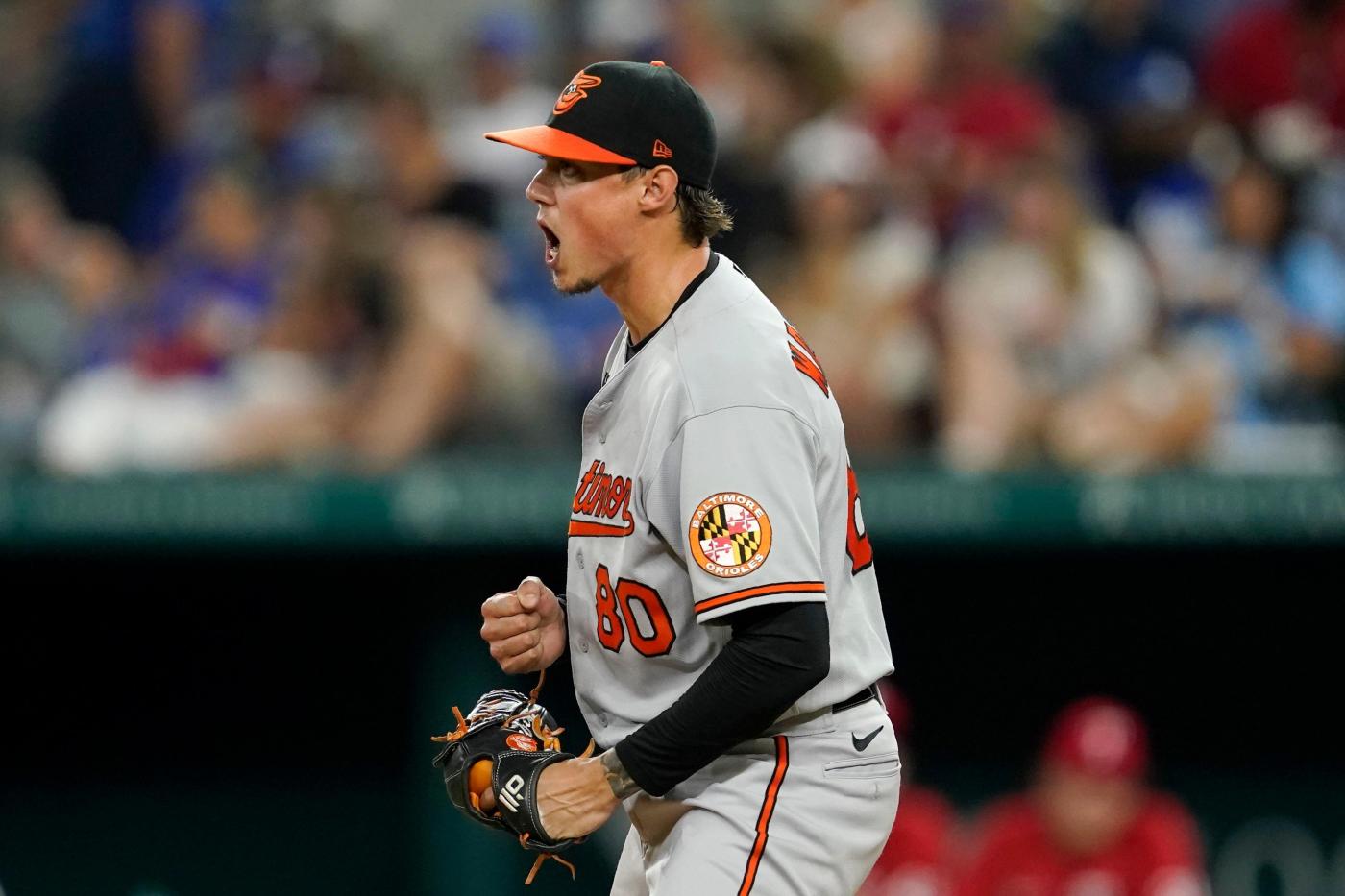 As the Orioles looked ahead to what the coming weeks might hold for them after Trey Mancini was traded to the Houston Astros, many noted it created an opportunity for others to step up.

Many an Oriole did exactly that in Monday’s 7-2 victory over the Texas Rangers, coming hours after Mancini, their longest-tenured player and a fan favorite, was dealt to Houston for two pitching prospects in a three-team trade with the Tampa Bay Rays in advance of Tuesday’s MLB trade deadline.

Cedric Mullins smacked a home run the other way to open the game, quickly flushing away the emotional carryover from the afternoon swap. He added an RBI single the next inning, scoring Terrin Vavra, a rookie who started in left field and reached on an infield single for his first major league hit. A bloop from Anthony Santander and a hard grounder from Ryan Mountcastle gave Baltimore (52-51) a 4-0 lead two innings in.

“I had no idea how we were going to respond,” manager Brandon Hyde said. “I was really happy with our at-bats, especially early.”

Rookie catcher Adley Rutschman continued his midseason upswing by reaching four times for the first time in his career, with a walk, single and a pair of doubles. The first of those came consecutively with a two-base hit from Mountcastle in the fourth, with each producing a run.

“That’s the thing about this team,” Rutschman said. “You try and compartmentalize stuff as much as you can show up and play, even though it’s definitely difficult, losing a guy like Trey, the things that he brought to the table and to everyone around them, so we just did the best job that we could today and were fortunate enough to be able to win.”

Rutschman was also behind the plate to catch Spenser Watkins, who gave the Orioles their first six-inning start in 14 games. He took a shutout into the sixth, spoiled on a solo home run from Corey Seager, but Jorge Mateo’s RBI double got that run back. Keegan Akin allowed one run over three innings to earn a save.

The Orioles’ clubhouse “went through the whole rigmarole” before the game, Watkins said, saying goodbye to Mancini but also enjoying the opportunity to thank him for his contributions. The experience in some ways made Monday’s postgame celebration even sweeter.

“I think it says a lot to who Trey is and who Trey was to us,” Watkins said. “None of what we’ve accomplished is possible without him. … What he’s instilled in all of us in the clubhouse is priceless.

“There’s a little roar in there right now, just guys talking with each other, having fun, laughing. Of course, we all have, in the back of our mind, we miss Trey. But we’re excited to get a win, and we’d like to think it was for him.”

To fill the active roster spot vacated with Mancini’s trade, the Orioles promoted outfielder Yusniel Diaz, their former top prospect who was acquired four years ago from the Los Angeles Dodgers as the centerpiece of the Manny Machado trade.

Diaz, 25, has largely been hampered by lower-body injuries since joining Baltimore’s system. He performed well this spring and was off to a strong start with Triple-A Norfolk before suffering an extended absence with a right hamstring strain. Since rejoining Norfolk, Diaz has hit .173 with a .506 OPS in 21 games, dropping out of Baltimore’s top 30 prospects according to Baseball America. He did not appear in Monday’s game.

Monday marked the deadline for teams to sign the players they selected in last month’s draft. Although the Orioles were unable to come to terms with one of their earlier draftees, they were able to ink a talented player who slipped to them in the later rounds.

Third-round pick Nolan McLean, a right-hander from Oklahoma State, did not sign with the Orioles, according to a source with direct knowledge of negotiations. The Orioles could have given McLean, Baltimore’s highest-selected pitcher in four drafts under executive vice president and general manager Mike Elias, up to $874,050 without forfeiting a draft pick. Instead, they will receive a compensation pick after the third round in next year’s draft.

“When you select someone so highly in the draft, you do so with the intention of signing them,” Elias said. “It does happen that agreements aren’t reached, ultimately, and we regret that this is how it played out.”

Because they were unable to agree to terms, the Orioles lost the $794,000 slot value for McLean’s pick, but that didn’t stop them from signing 17th-round selection Carter Young for $1.325 million, according to the source. An infielder, Young entered this season at Vanderbilt as a projected top 10 pick, but his struggles saw him slip down draft boards before signability questions came into play. His bonus is equivalent to that of a late second-round pick.

“The draft pool system made it so we were able to meet Carter Young’s demands with a little bit of time before the signing deadline,” Elias said. “This was a very quick signing period this year, and it made for some fast dynamics on that front, but we’re thrilled to have gotten him signed. I know he’s excited to be able to go pro and join an organization that really wants him.”

Along with McLean, the Orioles didn’t sign 15th-rounder James Hicks Jr., 18th-rounder Andrew Walters and 19th-rounder Alden Mathes. Including a franchise record $8.19 million for first overall pick Jackson Holliday, the Orioles gave their draftees about $16.9 million in pool-related bonuses, with $766,600 of that being taxed at a 75% rate for exceeding their bonus pool.