Wedding bells could be ringing at State House 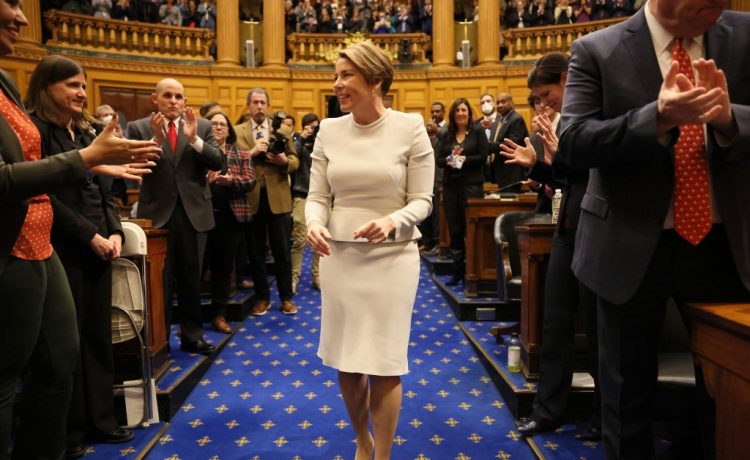 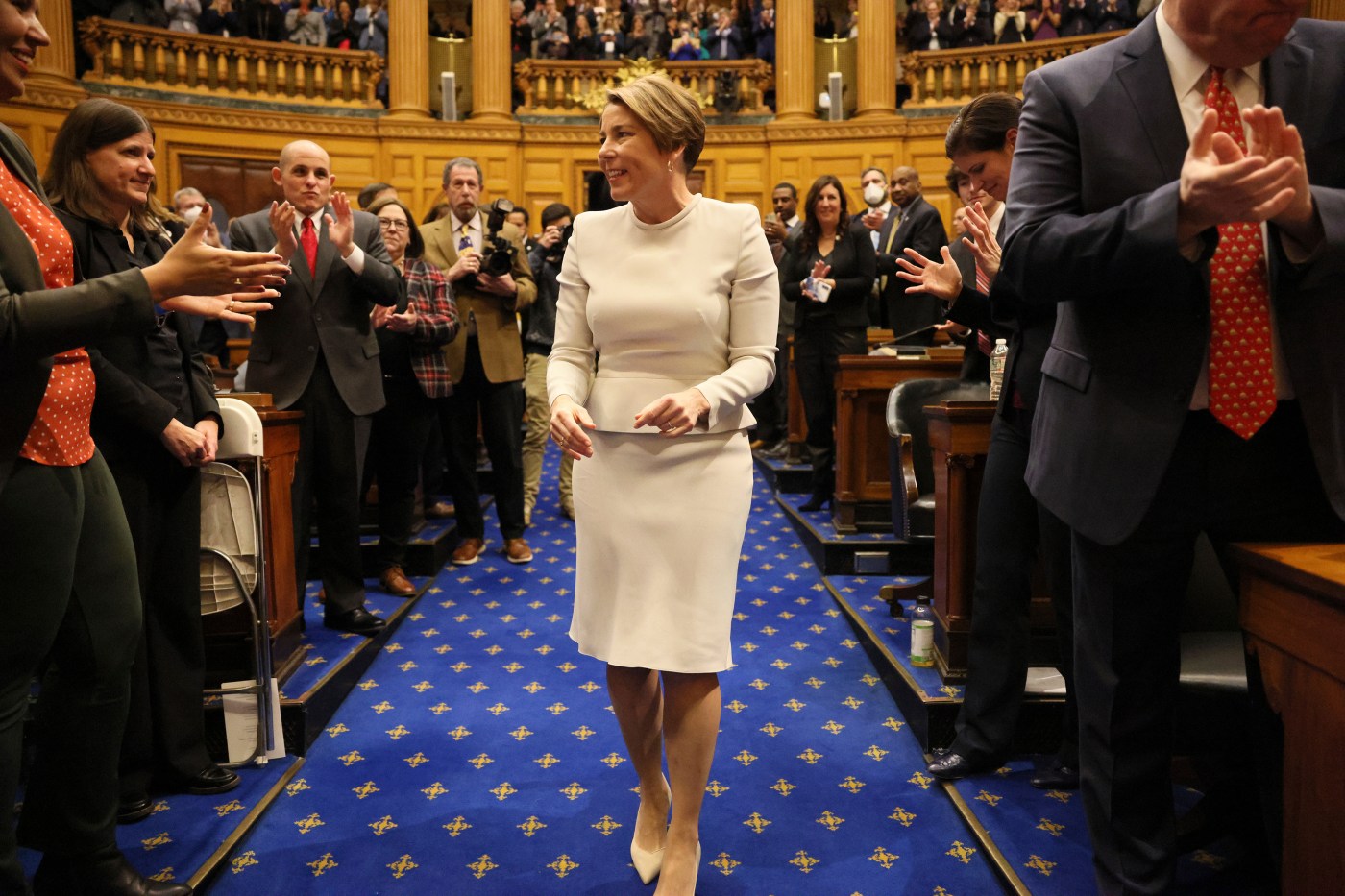 Gov. Maua Healey could be on the verge of breaking another barrier.

Now that her new gay partner has been revealed, she could become the first governor to be married at the State House.

And you could not find a more fitting place to hold a marriage ceremony than in one of the grand and ornate rooms styled by the great Boston architect Charles Bulfinch who completed construction of the historic building in 1798.

I know. I attended a wedding there once.

First, though, Healey’s partner Joanna Lydgate, 42, once Healey’s chief deputy in the attorney general’s office, would have to finalize her divorce, if the pair were to be married and not just live together.

According to the Boston Globe in a most disingenuous puff piece, Healey, 51, has been in a secret relationship with Lydgate, the mother of two children ages 9 and 11, for two years.

The paper wrote that while the two worked together in the attorney general’s office for 10 years, and Lydgate became Healey’s top deputy, their relationship did not begin until a few months after Lydgate left the office in 2020.

And this was fine with Lydgate’s soon-to-be former husband, who called Lydgate a “super mom.” He said, “Maura is part of our family” who was involved with the children ever since they were very young.

The husband, who was unnamed in the Globe story, said he was glad the children have Healey “as a role model, and a friend and a caregiver.”

The paper, like in a good soap opera, was careful to point out that Healey did not begin her relationship with Lydgate until after Healey broke up with her previous long-time gay partner who was also unnamed.

Lydgate and her husband, the paper said, live part-time in a home in an unnamed suburb where the two children are growing up.

Anyway, the unnamed soon-to-be ex-husband and his unnamed new woman partner attended Healey’s inaugural at the State House along with Lydgate and the two children. Healey, however, did not introduce them in her speech, as is customary at gubernatorial inaugurals.

“This is a person I love very much, and I have great respect and admiration for,” Healey said.

So, everything is all right. The Boston Globe came to the rescue, covering up and spinning the story just so, while hiding the information until after Healey’s election and inauguration.

If Healey were a straight white male, the paper would have hammered him.

Still, as a man who believes everyone should be married at least once, a second State House wedding would be nice.

It could be held in the historic and marvelously ornate Senate Reading Room, which is just across from the Senate Chamber in Bulfinch’s original State House. The room reeks of Bulfinch’s architectural and design flair.

Dick Flavin of Quincy was married there. It was the first wedding ever held in the State House.

But Dick, the Boston Red Sox poet and public address announcer, who passed away last week at age 86, married the lovely Betsy Gildersleeve there in 1971.

Perhaps getting use of the room had something to do with his friendship with then-Senate President Kevin B. Harrington or that Dick was Boston Mayor Kevin’s White 1967 campaign press secretary.

Anyway, it was a wonderful fall November afternoon. Kevin White presided. It was like something out of the 1800s, and you almost expected Bulfinch to walk in.

The light streamed in through the large windows. The women wore long dresses, and the men were in dark suits with ties. A string quartet played soft music.  Waiters circled about serving champagne. Everybody was young.

Following the ceremony couples led by Dick and Betsy paraded down Park Street to famed Locke-Ober’s where a fine dinner was served.

Later everyone gathered and walked to The Last Hurrah at the nearby Parker House to drink and dance.

It was the grandest of weddings.

Maybe we can do it again.