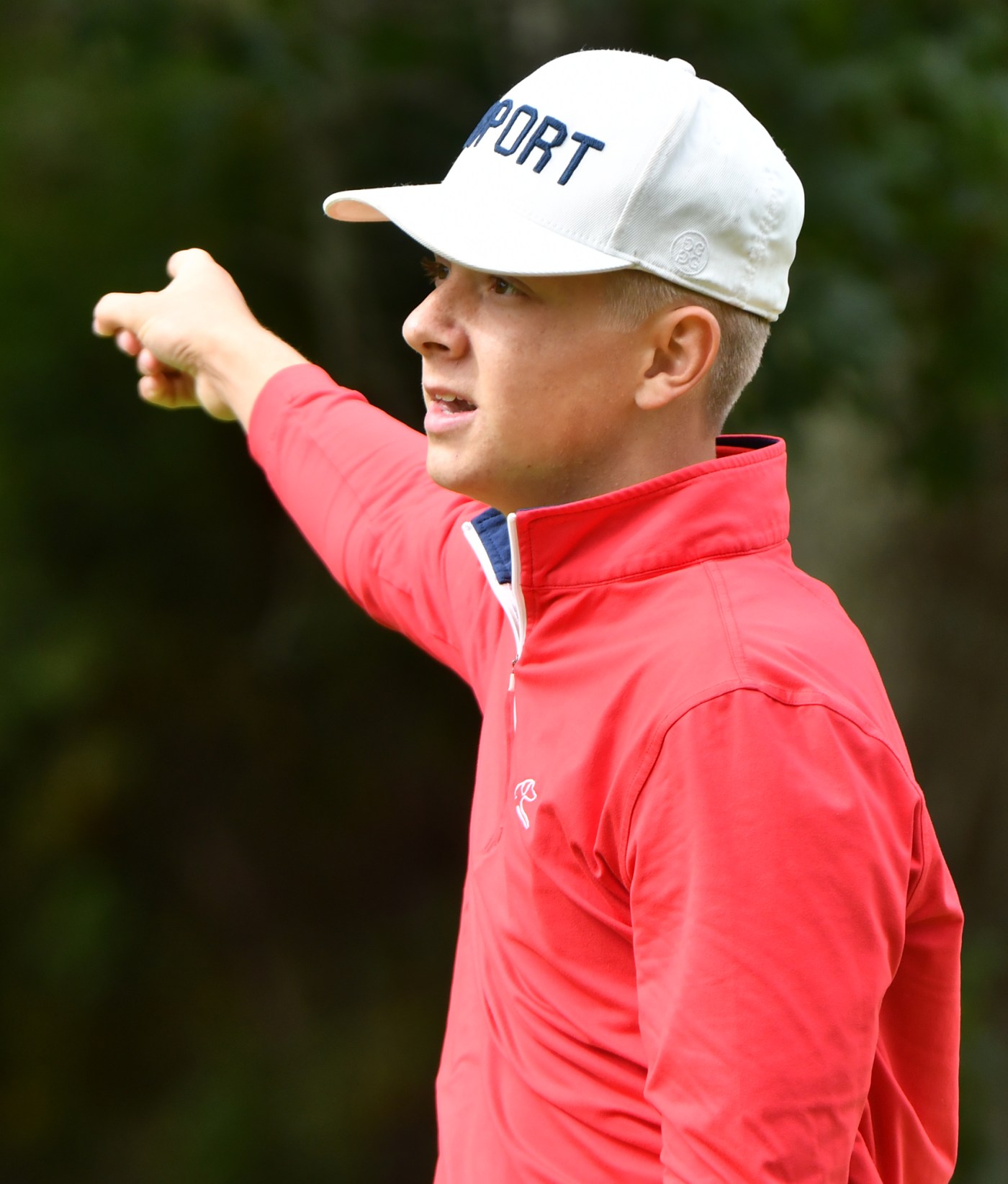 BREWSTER – Before Sunday, the only time Wellesley was invited to the Cape Cod Golf Club High School Invitational, the Raiders came up short with a fifth-place finish in 2019.

Three years later, Wellesley finally got to prove they belong amongst the elite high school programs.

Wellesley won the sixth annual tournament by one stroke with a score of 227 over Bishop Stang, who led most of the way after the front nine, and Concord-Carlisle.

Ben Madden’s 1-under par on the front nine paced the team victory while Owen Blakely was steady the entire way and finished with a 73, one-over par. Brian Campbell (76) finished out the top trio.

“I was able to roll a couple of tight ones in and birdied the par threes and opened up with a birdie, so that’s always nice,” said Madden, a junior. “I think (the team win) provides a lot of momentum, I feel like we have a really good team, and we can make a deep run in the states.”

Will Spring (74) led Concord-Carlisle while Matthew Costello and Matthew Oliveira each also shot 74 as the three tied for seventh place overall in the individual competition.

With the win, Wellesley is automatically entered in the tournament for 2023 and barring something out of the ordinary – the foursome will be back as Madden and Blakely graduate in 2024 while Campbell is only a sophomore.

“Ben played lights out on the front and Owen and Brian were just steady the whole way,” said Wellesley head coach Ken Bateman. “The boys were saying how excited they were that we matched up well against the other (Div. 1) schools, but they are excited to see what we can do in the sectionals and what we can do in the states. That’s if we get there, you always have to get there.”

The real star of the course was Ryan Downes of Longmeadow, who became the first individual back-to-back winner of the event with a course tournament-record 68 – two strokes better than his win last season.

Downes started on the tenth hole and the consensus is the back nine at the Cape Cod National Golf Course is two-to-three strokes tougher than the front nine, but it didn’t faze Downes. The junior sensation, who is being recruited by Vanderbilt amongst a slew of Division 1 schools, shot a 3-under par from holes 10-18 to cruise to a three-stroke victory. Molly Smith (Westford Academy) came up just short in her bid for the title with a 71. Zach Pelzar (Weston), Trevor Drew (Tyngsboro), and John Scully (Winchester) each tied for third with a par-72 on the day.

“Conditions played really tough today and I think my ball striking was really good as I hit 15 out of 18 greens, so that was really good,” said Downes, who promised he was returning in 2023 to defend the two-time crown. “I birdied the tenth which is obviously a good start, I bogeyed 11 but that is just a really tough hole, but I mean it’s just a hard nine and I feel I struck the ball well and I knew the front nine was going to play a little easier.”