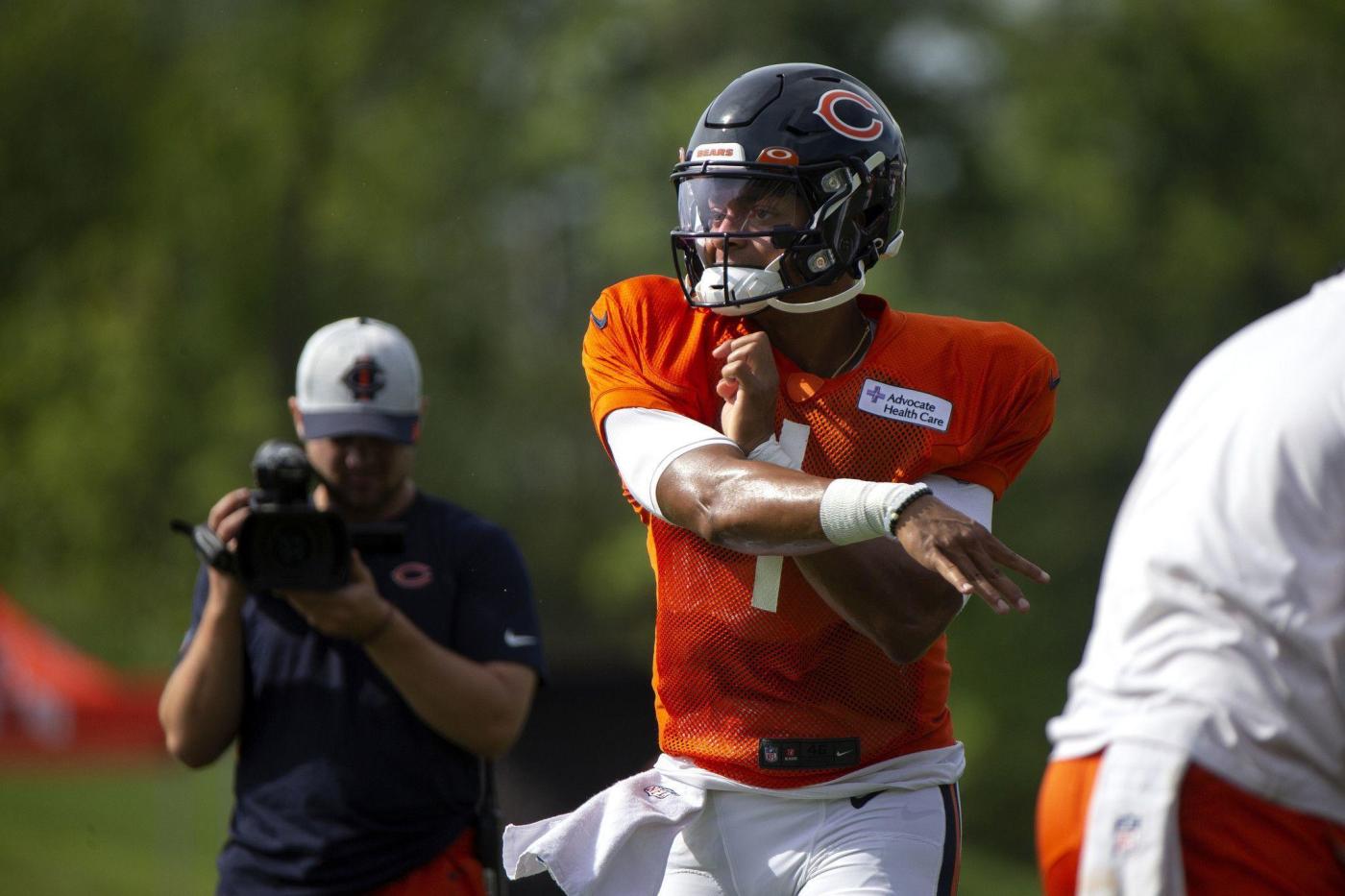 With a new coach in Matt Eberflus and hopes for continued development of second-year quarterback Justin Fields, the Chicago Bears open training camp this week featuring new enticements aimed at getting more fans to Halas Hall.

On Thursday, the Bears are set to open up the first of 11 scheduled public training camp sessions at their Lake Forest headquarters. It will be the third consecutive year of training camp at Halas Hall, and the second one open to fans as the 2020 camp was closed due to the coronavirus pandemic.

Scott Hagel, the Bears senior vice president for marketing and communications, said the team hopes to see an increase in attendance this year. Pioneer Press reported in Sept. that approximately 14,000 fans watched 18 sessions in 2021, when 14 were completely open to the public. Four others were limited to season ticket holders, military members and community groups.

“We’ve learned a lot the first two years,” he said. “I think we have made some improvements to make the experience better.”

With an easing of safety mitigations that were in place at the 2021 camp, fans will be able to seek autographs from players and coaches this year after practice.

“It brings energy to both sides,” Hagel said.

Also on tap will be a wider variety of food trucks with different items to eat and drink, and there will be an entertainment zone with video games, where fans can try their version of radio play-by-play and take some virtual reality tours, along with other offerings.

In another switch, there will be additional standing room capacity in the bleachers at the multiple fields used for the practice sessions.

“It was clear that fans like to be close to the action and standing, so we wanted to make sure those opportunities were increased this year,” Hagel said.

Fans should be prepared to wear hats and apply sunscreen as they sit on the potentially hot summer days, he said. While there will be some shaded areas, they will not be plentiful.

“Shade will still be at a premium when people come on campus,” Hagel acknowledged.

The parking situation will remain the same as it was last year, with a rotating series of shuttle buses going back and forth from Hawthorn Mall in Vernon Hills, roughly 4.5 miles to the west, with fan parking not allowed at Conway Park.

“The shuttle system made for an easy entry process because of how it spaced out fans arriving on campus. We learned a lot from that,” Hagel said.

With all the open practices scheduled to start at 10 a.m. and the facility opening at 9 a.m., the first buses will leave Hawthorn at 8:30 a.m., with last ones departing the mall at 10:30 a.m., according to Hagel.

With the practices anticipated to run between 90 minutes to two hours, the last buses will leave Halas Hall between 2:00 and 2:30 p.m., Hagel said.

To get into camp, fans need to go to chicagobears.com/camp, where they can select up to four mobile tickets for the open sessions as the team moved away from last year’s lottery system.

As of Monday, all the dates were listed as sold out, but Hagel said the team plans to make more tickets — which are free — available after the first week of camp.

“Fans that might not have been able to get a ticket to this point, we would encourage them to continue checking the websites if additional tickets have been released,” he noted.

Serving as title sponsor for this year’s camp will be The Illinois Office of Tourism (IOT), resuming a role it last had in 2019 when training camp was at Olivet Nazarene University in Bourbonnais.

The tourism office wants to lure people to come back and visit other parts of the state.

“According to data provided by the Chicago Bears, nearly 20% of fans who attended training camp last year traveled 60 miles or more, and 18% of fans came from outside Illinois, as far away as Alaska, Hawaii and Canada,” noted a spokeswoman for the Illinois Department of Commerce and Economic Opportunity and the IOT.

Promotional materials will be available for the state, Lake County and the city of Lake Forest, which sees the camps as a badge of honor for the city.

“There continues to be excitement and pride that Lake Forest gets to host training camp,” community development director Catherine Czerniak said. “Last year went very smoothly. There were no surprises, no hiccups. So we are building on that.”

However, Czerniak said she does not anticipate fans leaving practice and then taking in sites and businesses in the city.

“We are certainly going to make information about Lake Forest available and encourage people to come back,” she said. “It is a great way to introduce people to Lake Forest. What we did hear (last year) was that after spending hours in the hot sun, most people are probably not inclined to stay around and spend much time in Lake Forest and come back from out west from the parking (site).”

Hagel believes there is a unique perspective provided by the practice sessions as he hopes fans make the trip.

“Training camp is one of the neatest, most intimate sports experiences a fan can have,” he said. “Because there are no other opportunities to get as close, or to see a process of getting ready for a season, like this in any other sport.”