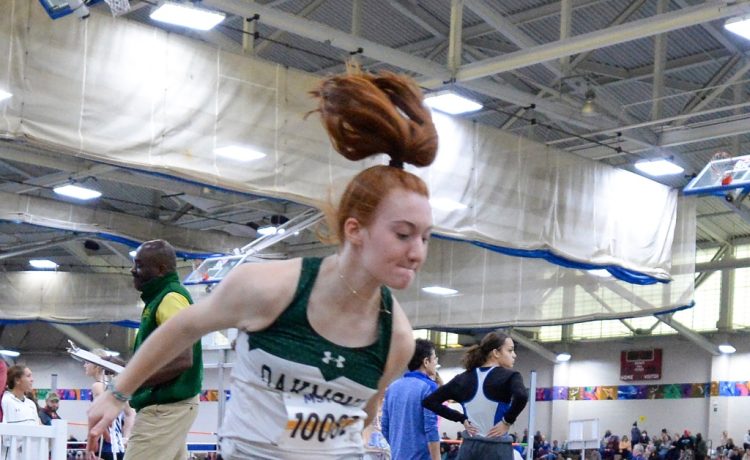 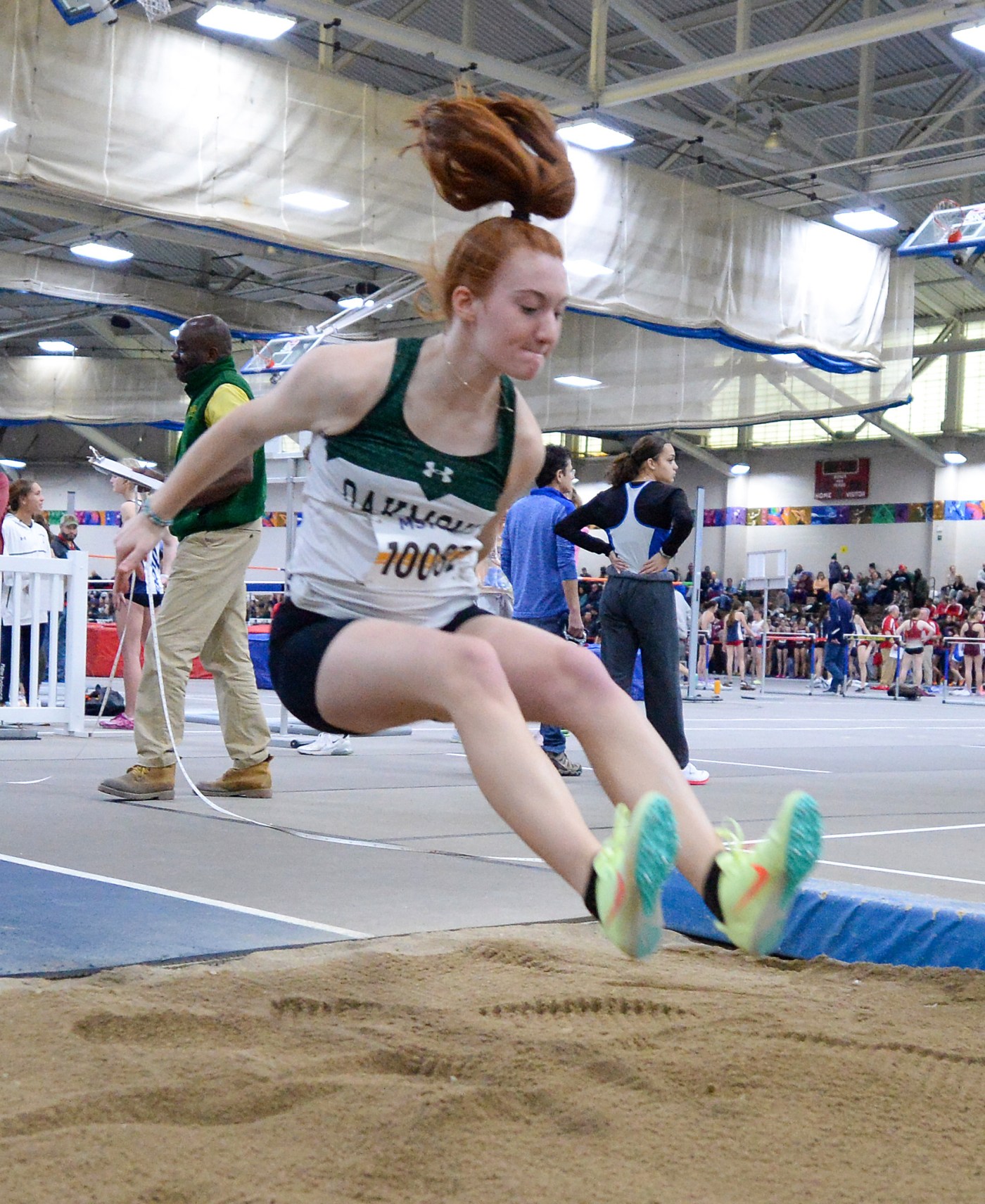 There’s been no special formula to account for the latest success on the track of Weymouth sophomore Gracie Richard. The Wildcat ace has taken a blue-collar approach to her training and preparation this season.

“I’ve been doing a lot of speed work and my coach (Mike Miller) always comes up with a good race plan,” said Richard.

After breaking the meet record in the 1000 at last weekend’s Auerbach Large School Invitational and running a personal best of 5:19 in a Bay State Conference dual meet on Thursday, Richard was back in a record-breaking mood at Saturday’s Northeast Invitational.

This time, dropping down to the 600 on the Reggie Lewis Center track, Richard showed her range as she tore through the first 200 in 32 seconds on the way to a new mark of 1:39.38. A personal best by two seconds, her time erased the 1:39.90 of Valerie Capalbo from a year ago. Runner-up Mia Paolino of Burnt-Hills Ballston Lake also slipped under the previous best in 1:39.85.

“I wanted to come through in 32 (seconds) on the first lap and keep accelerating,” said Richard.

Richard’s mark was one of several new meet records on the day.

Jordan Wheaton of Pinkerton (NH) got the meet off to a fast start earlier in the day by destroying the field in the 55-meter hurdles. The South New Hampshire University-bound speedster destroyed the meet record in the preliminary round in 8.44 and recorded the same time in the final. Wheaton’s performance bettered the 8.48 run by Jamie Chamberlain of Brookline in 2020.

Wheaton was somewhat surprised she equaled her time in the final. “I felt really powerful and explosive coming out of the blocks,” she said. “It was a really good start.”

Uxbridge’s Aidan Ross obviously enjoyed the chance to race out of his comfort zone in his first-ever 1000. He sprinted hard through the final turn and straightaway to capture the event in 2:33.94. Ross felt the pace slow drastically after an opening 60-second 400.

Arlington’s Rowan McConkey tied the meet record in the high jump at 6-4 against a quality field. “I got really warm today which is good,” he said. “My 6-5 jump I have to wait a little more before I throw my head and shoulders back.”

Dylan Brenn of Wachusett blew past Luke Boothroyd of Hopkinton on the last backstraight and sprinted home to break the meet record in the 600 with a very quick 1:23.32. The time was more than a second faster than the 1:24.59 record set by James Ibrahim of Brookline in 2020. Boothroyd also bettered the mark with his second-place finish in 1:24.44.

Nataenel Vigo Catala of Haverhill tore through the 300 to establish a new record in 35.70, breaking the 35.74 run by Stanley Hanci of Methuen in 2020. Brooke Serak of Bishop Feehan and Ronnie Jones of Lowell both broke the meet record in the shot put with tosses of 40-9 and 39-43/4 respectively.