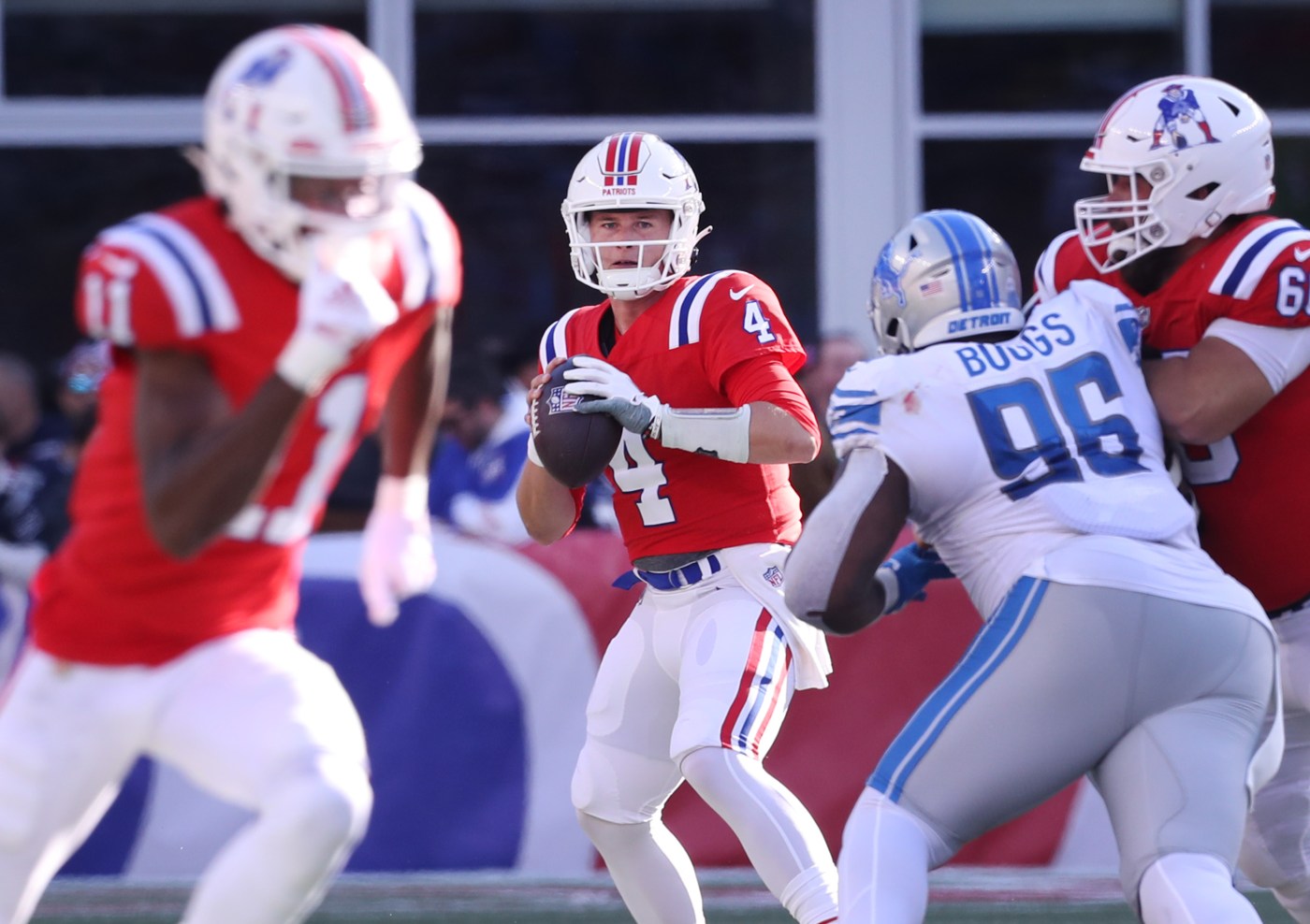 Kraft appeared to be telling Zappe how much he appreciated the poise he’s shown the past two weeks, first coming on in relief of Brian Hoyer (concussion) in Green Bay, then playing well in the 29-0 win over the lines.

During his appearance on WEEI’s “Merloni, Fauria & Mego” show, Zappe filled in some of the details of the chat, as he was asked about the warm exchange with Kraft, and what it’s been like having the owner’s support.

“It’s been awesome to have his support and talk to him,” said Zappe. “Kind of what we talked about after the game, he just told me congratulations on the win. (He said) I was poised, comfortable, he liked all that, he liked the way we won. It was just a little quick conversation.”

Zappe, who finished the game completing 17 of 21 passes for 188 yards, with a touchdown and interception, should be the starter until Mac Jones, who’s nursing a high ankle sprain, is ready to play.

Zappe also talked about Jones, and how he helped him prepare for his first NFL start.

“I ask him a lot of questions, ‘cuz he has a whole year under his belt. He knows a lot more than I do,” Zappe said of Jones. “So being able to pick his brain about certain things, certain plays, certain coverages, and he always has a great answer for me. He’s been helping me a lot.”