Todays Though > News > What Donald Trump really cares about
News

What Donald Trump really cares about 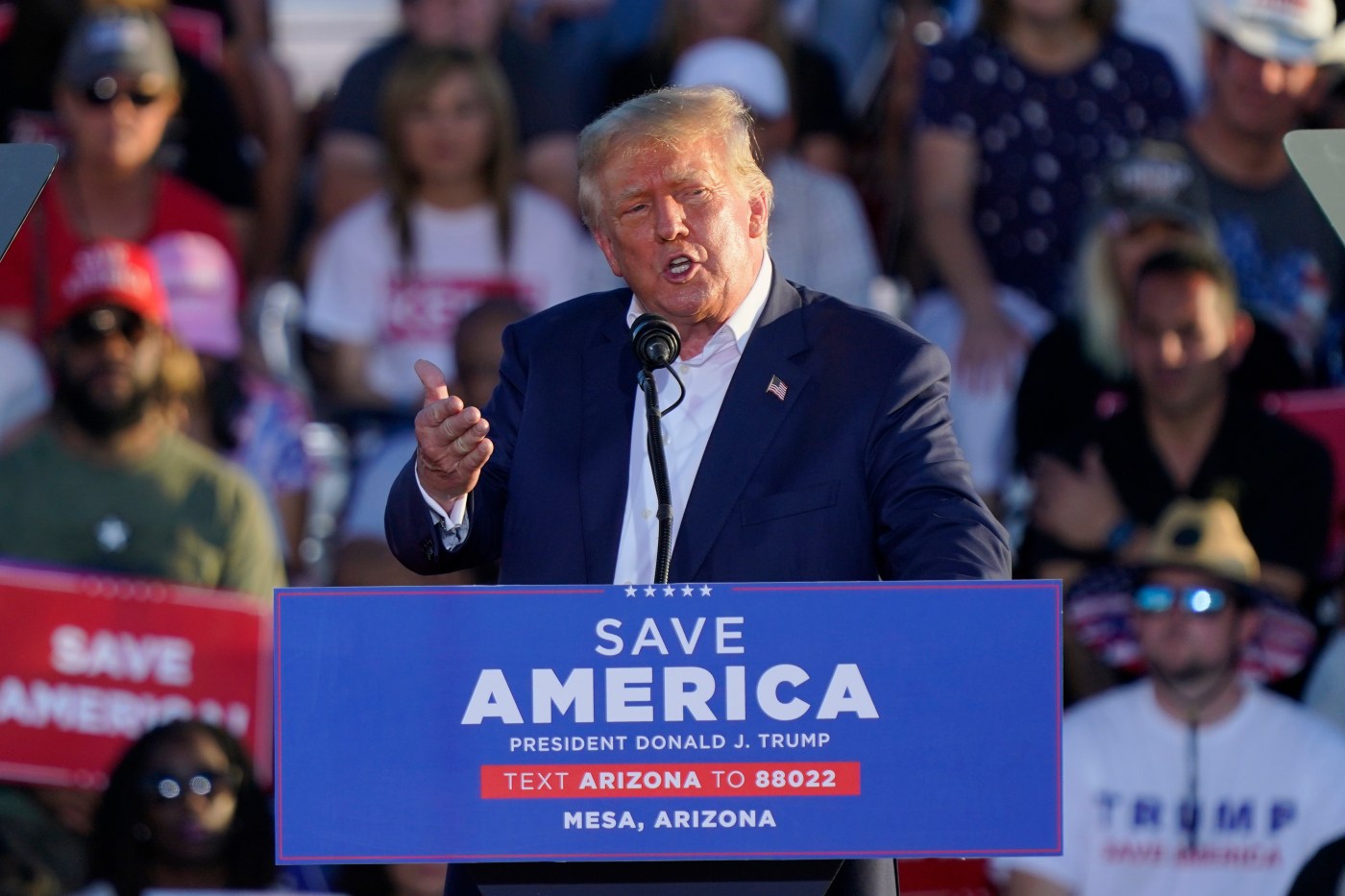 If Republicans haven’t noticed it already, their underperformance in the midterms offers yet another opportunity to realize what matters most to Donald Trump.

What goal of the GOP was advanced by having candidates devoted to Trump’s “Stop the Steal” gospel?
How did it contribute to the party to have Trump attacking one of its candidates, Colorado Republican Joe O’Dea? Or insulting the Senate minority leader and his wife?

Who did it help to have Trump teasing his potential presidential bid in the days before the election?
In what world was it helpful or appropriate for Trump to come up with a derisive nickname for a rising star in the party, Florida Gov. Ron DeSantis, immediately before the election and then threaten him with damaging revelations?

In all these instances, of course, Trump was thinking only of himself. Republicans have looked past his selfishness in the belief that he is the GOP’s unique electoral savior, a view that was dubious when he was at his height and is less convincing now.

It’s passing strange to become devoted to a political figure who barely won a fluky presidential election, then lost a winnable reelection bid, before dragging the country through a bonkers attempt to overturn the result, with the episode ending in futility and bloodshed.

It’s not a coincidence that the two most impressive Republican performers in the 2022 midterms, Brian Kemp of Georgia and Ron DeSantis, were both governors who could forge an identity distinct from the party’s national brand. They both had the opportunity as executives to demonstrate competence (and did). They both are hard workers and shrewd operators. And neither bent a knee to Trump.

Trump doesn’t have ideological differences with Kemp or DeSantis; it’s just that they’ve defied him. Kemp didn’t bend to his will in the wake of the 2020 election, and DeSantis may challenge him for the 2024 nomination.

Kemp and DeSantis both show that being widely palatable and broadly normal don’t require compromising or losing a combative edge.

Trump started out promising winning and now specializes in explaining away losses. He began as a stunningly fresh presence in American politics whose act now runs in well-worn ruts. He initially brought a focus to neglected issues that people cared about, but now devotes inordinate attention to his just-so story about 2020.

Elected Republicans who hope to have a future in the party are still too afraid to say what many of them think privately. They will wait for the voters to give them permission by notably cooling on Trump. It hasn’t happened yet, and perhaps won’t even now.

The choice has come into clearer focus, though. There is the kind of Republicanism that Kemp and DeSantis represent, which has a demonstrated record of success, and then there’s Trump’s, which fell short again.