Todays Though > News > What exactly are we rooting for with the Giants this season? – Boston Herald
News

What exactly are we rooting for with the Giants this season? – Boston Herald 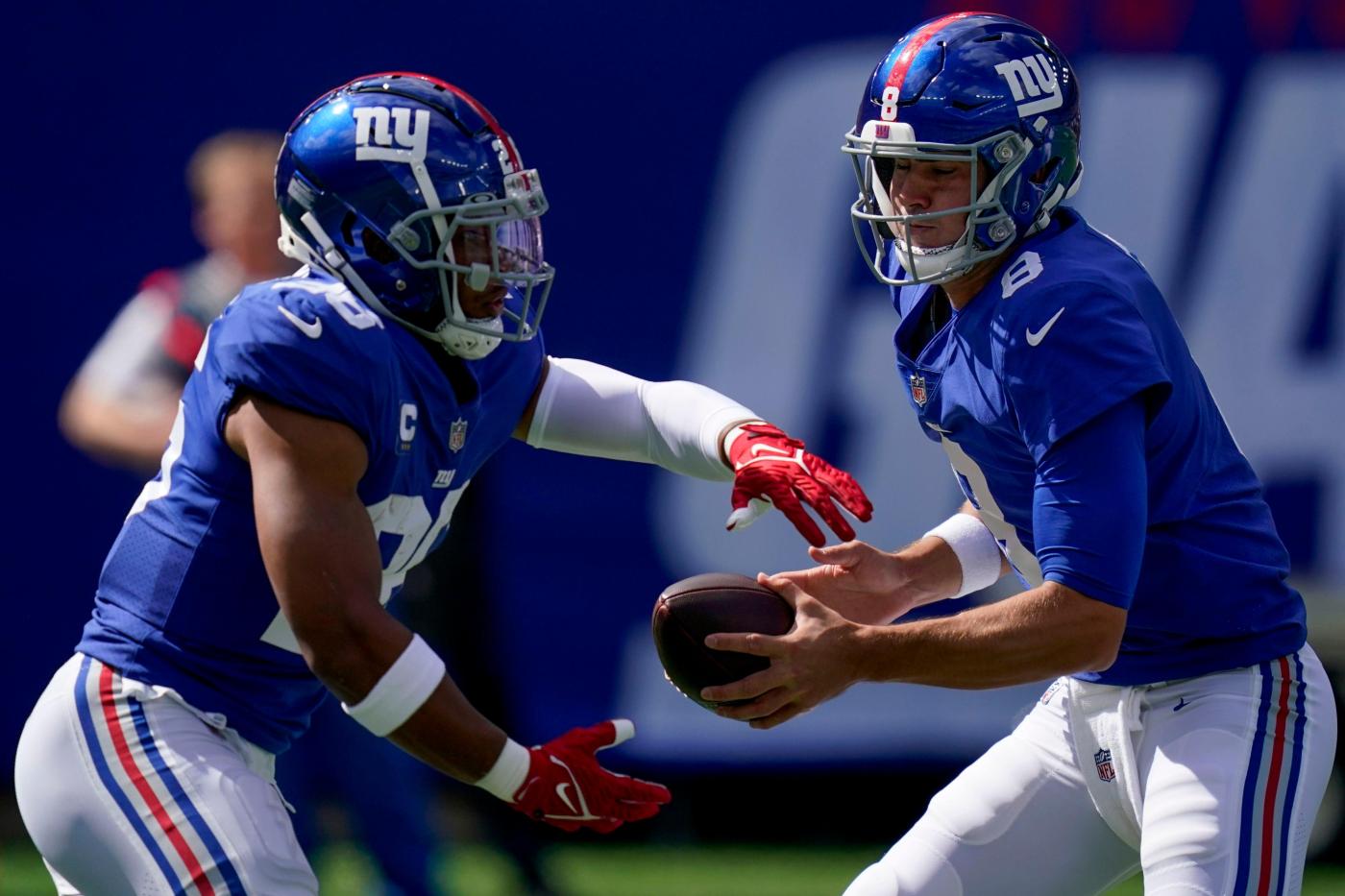 So start here with the conversation about the Giants, with a question that tells you everything about where they are and how far they have fallen since their last Super Bowl ten years ago:

And then put another question on top of that one:

When you turn on a Giants game, even if you grew up rooting for the Giants the way I did, who do you really want to watch play football?

All this time after Dave Gettleman, who no longer works here, drafted Saquon Barkley with the second pick in the draft and then drafted Jones out of Duke the next year with the sixth pick in the draft, the new guys in charge would very much like Barkley to be the player Gettleman thought was going to run all the way to the Pro Football Hall of Fame in Canton, Ohio. And if he isn’t the best player on the ‘22 Giants, they would be thrilled (shocked?) if Jones turns out to be their best player this season.

“We’ve done everything possible to screw this kid up,” co-owner John Mara said in January of Jones, when the Giants were introducing Joe Schoen as their new general manager.

It was the last week of January, by the way, when Mara said that, a time when in the past a couple of unforgettable Giants teams were near the end of unforgettable seasons and about to beat Bill Belichick and Tom Brady in Super Bowls. But Mara, who once presided over what was considered to be one of the model organizations in the sport, shouldn’t have just limited his quarterback out of Duke to be something the Giants have screwed up over the past decade, when they have been no better than the Jets.

The Giants were going to build around Jones and Barkley, except that you look at the current roster and righteously wonder where the talent is. For all the mistakes the Jets have made — a general manager who is no longer with them, Mike Maccagnan, draft Sam Darnold with the No. 3 pick in the Saquon Barkley draft — they have a lot more talent, on both sides of the ball, than the Giants do, and even though the jury is very much still out on their kid quarterback, Zach Wilson, as he enters his second season.

The Jets might not win more games than the Giants this season. But they ought to if Wilson can stay healthy. They may, well, crash and burn again, and turn into the Same Old Jets under Robert Saleh. Their schedule is not kind, because it never seems to be kind. But when you look at the talent their general manager Joe Douglas has been assembling, Jets fans have a legitimate reason to be optimistic going into the season, as long as they don’t get crazy.

But where are the Giants? You look at their roster and think that the rebuilding program of Schoen and Brian Daboll might very well not begin until the ‘23 season. Who’s blocking for Barkley, who has such high hopes for himself? Maybe Jones will get to show off his arm when he’s not running for his life, but who’s he throwing to, Kenny Golladay?

Where are the Giants if they once again get passed by Jalen Hurts and the Eagles? What makes you think they’re going to catch Dak and the Cowboys? And, man oh man, what if they even get passed this season by Carson Wentz and the Washington Commanders?

Nobody around here wants the Giants to look as dreary and uninteresting as they did under Joe Judge, and Pat Shurmur before Judge. We talk about this all the time, but after that second Super Bowl against the Patriots in Indy, they were the biggest game in town again, the way they had been back in the 1950s.

I was there in Glendale, Ariz., the night they beat the 18-0 Patriots and John Mara called it the greatest victory in the history of the franchise and heard the cheers when he said that, felt a roar out of the past fill University of Phoenix Stadium. But the present is something quite different. No fan ever wants to root for their team to lose. I don’t. I want the Giants to look like a real team again this season.

But if Jones, who’s going to get his full shot at proving the doubters wrong, isn’t the guy at quarterback, it may be the best way to root for the ‘22 Giants.

For them to be bad so they can get good again.