Todays Though > News > What happened to Jose Trevino’s bat in the second half? – Boston Herald
News

What happened to Jose Trevino’s bat in the second half? – Boston Herald 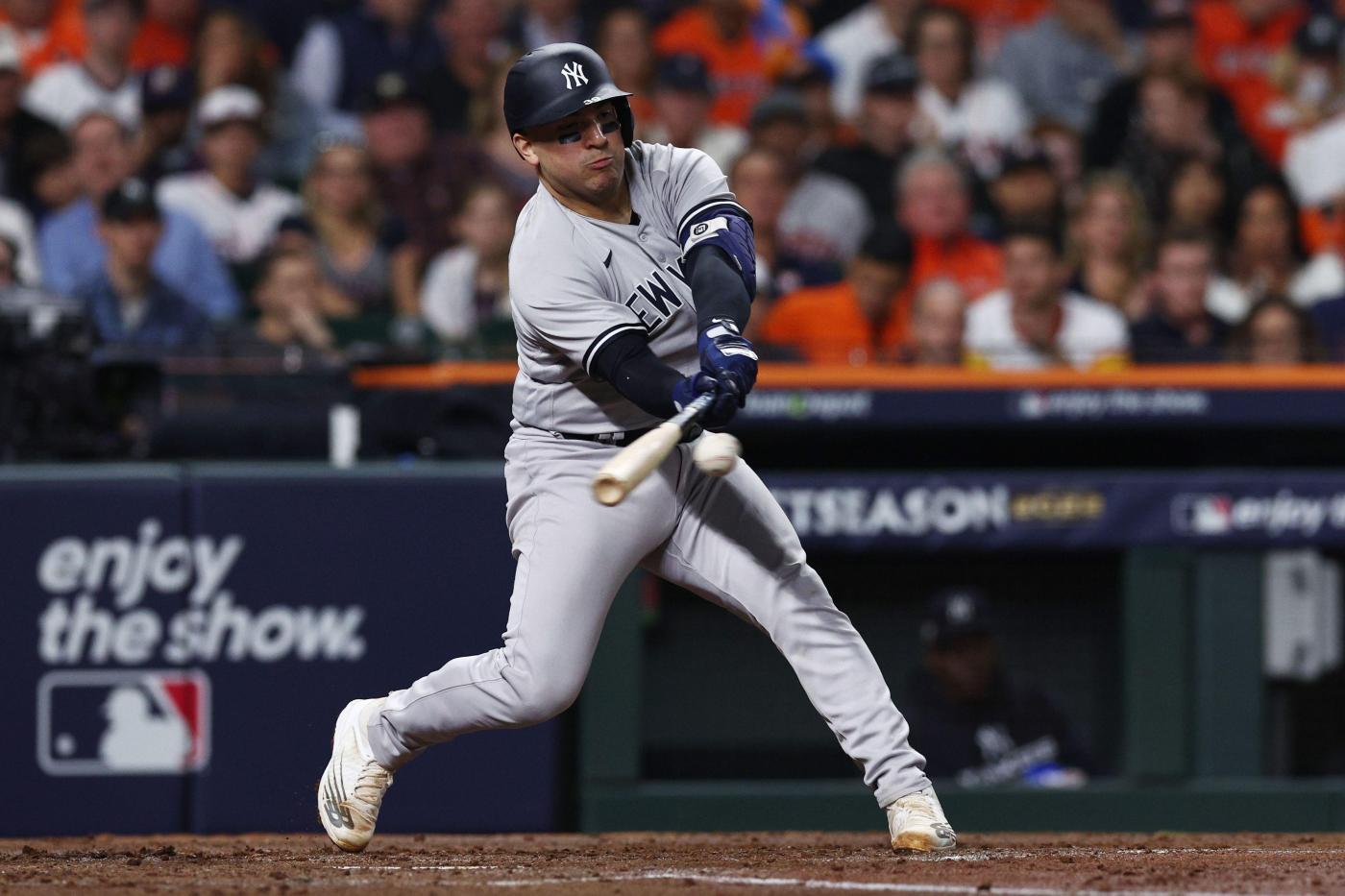 Any conversation about Jose Trevino’s 2022 season should start with the positives.

The career backup was traded to the Yankees just days before the season began and not only put a vice grip on the starting catcher role, he also made his first All-Star team, won a Gold Glove, captured the Platinum Glove for best defender in the entire league, and guided a pitching staff that finished second in the American League in Wins Above Replacement.

Along the way, he also slashed .248/.283/.388 (.671 OPS), respectable numbers for a catcher. However, he was, by nearly every metric, a horrendous hitter in the second half of the year. Long before going 1-for-22 in the postseason, capped off by an 0-for-11 against the Astros in the American League Championship, the signs of his offensive decline had been evident for months.

September and October were particularly rough. In 21 regular season games during those two months, he struck out 14 times and reached base 13 times. The poor end-of-season numbers are likely a product of Trevino being behind the plate more than he ever had before. Prior to joining the Yankees, the most games Trevino had ever played in a season was 89 for the 2021 Texas Rangers. His 90th appearance of the 2022 season came in late-August, right as his bat began to shrivel.

One obvious thing that derailed Trevino’s All-Star season was his inability to consistently punish fastballs. According to Statcast, Trevino hit .310 against fastballs in the month of June with a .552 slugging percentage. His numbers against fastballs from that point on go up and down like an elevator: .258 slugging percentage in July followed by .400 in August, then all the way down to .107 in September. While he was fed a slightly heavier diet of heaters — 49% of the total pitches he saw in June were fastballs, compared to 52% in September — that’s not a big enough difference to explain the immense drop off in production.

He was attacked mostly the same way all season, at least in terms of opponents’ pitch usage. But in September, the man who hit for a high average against breaking pitches all season suddenly stopped. From May to August, Trevino never had a single-month batting average below .261 against breakers. In three of those months, it was above .280. But the previously reliable catcher spat out a .233 average against breaking stuff in September, coupled with eight strikeouts that were his most against any pitch type in any month of the season. That’s part of the reason why his batting average deflated so quickly. Trevino was hitting .269 on August 17 and finished the year at .248. Notching just 18 hits in your final 98 chances will do that.

Luckily for Trevino’s playing time, Kyle Higashioka never stepped up enough to take the starting gig. Though Highashioka did put together a nice 19-for-56 stretch (.339) as the season wound down, Trevino’s defense and months of being in the Yankees’ good graces were enough to keep putting him out there. Neither catcher has ever been one to impress scouts with their all-fields approach or refined plate discipline. That’s the nicest way to say that neither have ever been good at hitting. But with both walking in less than five percent of their plate appearances — and, in turn, emerging from the rubble with sub-.285 on-base percentages — pitchers learned that they didn’t even need to get the ball in the zone to get the catching tandem out.

Ben Rortvedt is, theoretically, peering over both men’s shoulders. But Rortvedt, who at one point last offseason might have been in line to start, was injured for most of the year and has also never done much with the stick. Rortvedt got into just 42 Triple-A games and hit an underwhelming .221/.307/.396. He was also acquired, first and foremost, as a defensive-minded backstop, serving as a necessary departure from Gary Sanchez, one of the players he was traded for. So even with Rortvedt’s overall statistics looking very unappetizing, his 10.2% walk rate in Triple-A is another skill that the Yankees’ incumbent catchers do not have.

Rortvedt only being 25 years old, having another minor-league option, and the superfluous nature of a third catcher means he will be in Scranton/Wilkes-Barre again barring injury, a surprise trade or an impossible-to-ignore spring training. The Yankees are also extremely unlikely to bench someone who just collected as much hardware as Trevino did. The Carlos Rodon pickup signals that the club is more than okay with being a pitching-forward operation, and Trevino’s mastery of pitch framing and game planning is a linchpin of that. He is going to play, and probably play a lot, so the Yankees have to live with whatever he does at the bottom of the order.

Most of the current catcher situation is meant to bide the Yankees’ time until Austin Wells is ready to handle the big leagues. Wells, 23, just lit Double-A on fire, displaying the type of discerning eye and slugging ability that Trevino and Higashioka very obviously do not possess. Wells’ .261/.360/.479 line would play nicely in any team’s lineup, but those numbers came in Double-A, and they were from just a 55-game sample. This is not Francisco Alvarez, the Mets’ catching wonderboy who can and should factor into their 2023 plans. Wells will need a year or two of incubation, and Trevino is the man keeping his seat warm.

A more two-headed deployment is the way for Trevino to avoid fatigue. Heading into last season, manager Aaron Boone was adamant that neither Trevino or Higashioka was the starter, rather that they were a 1A and 1B duo. While Trevino played well enough to erase Higashioka, he might have in fact played too well, leading to the overuse that made his time in the batter’s box less of a revelation and more of a chore.

The former Ranger was hitting the ball hardest in June and July, when his average exit velocity sat around 90 miles per hour. Severe dips came in August and September, coinciding with him whiffing on over 23% of his swings, a troubling rise from the 19.5% in April-July. The hope is that a regenerative offseason can correct some of that, as well as maybe an extra scoop of Higashioka to give him some rest days. But if the Trevino who hit like a cross-eyed drummer shows up again next year, the Yankees may have to get more creative than that.