Todays Though > News > What happened to the Patriots in Vegas, won’t stay in Vegas
News

What happened to the Patriots in Vegas, won’t stay in Vegas 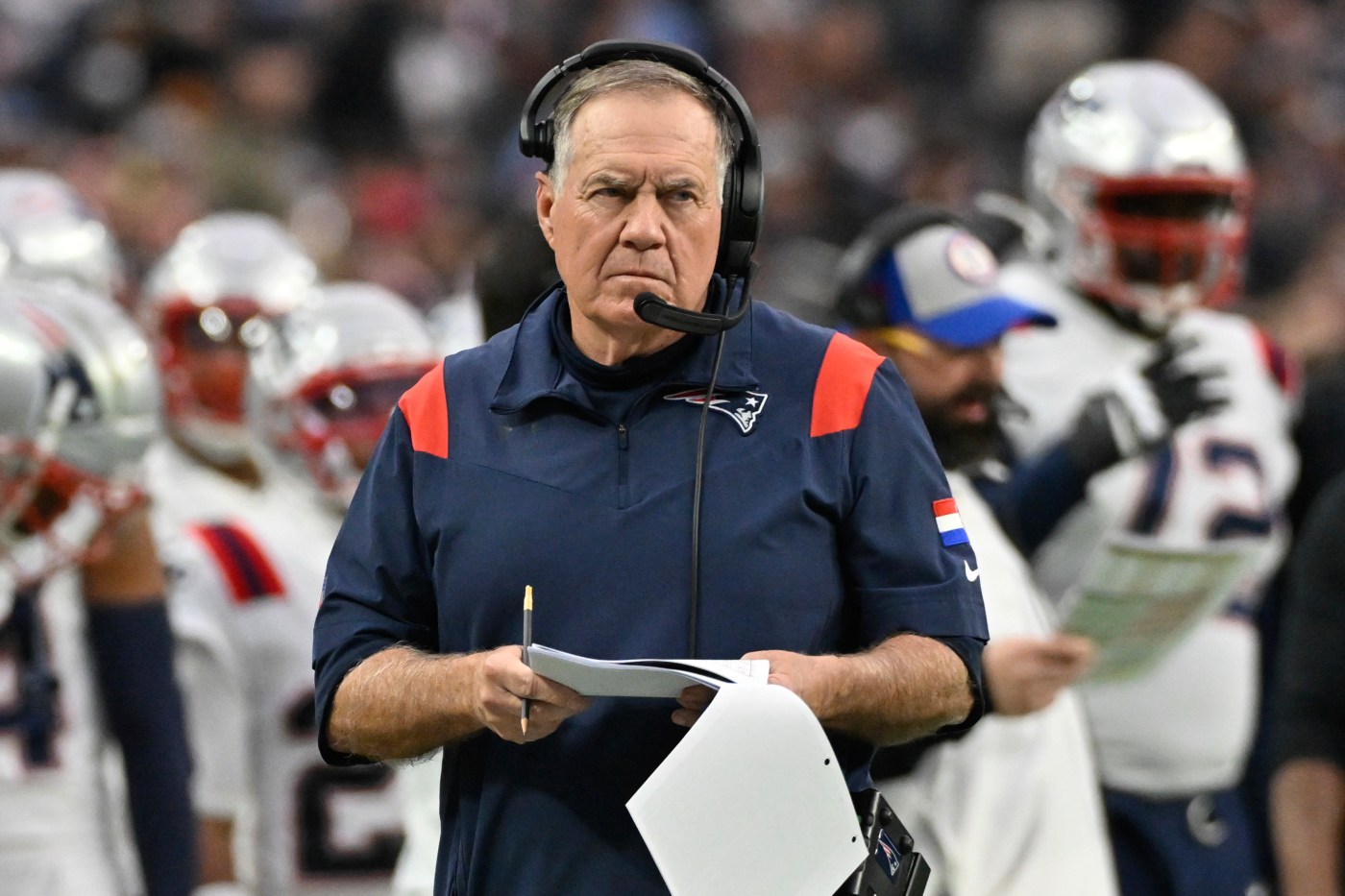 What happens in Vegas, stays in Vegas.

Only, what happened to the Patriots is going to sit and last a very long time. There might be no coming back from what transpired.

It was that bad. That crushing of a defeat. The final play in the 30-24 loss to the Raiders will be a neon sign in their memory banks not only for the rest of the season, but for many years to come: That of Raiders defensive end Chandler Jones trampling over Mac Jones on the way to the end zone after picking off an ill-advised Jakobi Meyers lateral to Jones in the final moments of a tie game.

The play, the loss was devastating considering the stakes. It was also incomprehensible. It just makes no sense that a team coached by Bill Belichick would be so careless and reckless in that situation.

Only, this season has been punctuated by stupid mistakes in critical situations.

Up until that point, the Patriots had battled, showed resilience in coming back from a woeful first half, and were a few plays away from escaping with a hard-earned victory. But after getting absolutely hosed on a touchdown call, which allowed the Raiders to tie the game late in the fourth quarter, they lost their freaking minds on the final play of the game.

Without question, they had to be feeling a bit deflated at the Raiders scoring on a touchdown pass – that wasn’t because Keelan Cole’s left foot looked clearly out of bounds on replay – to tie the game with 32 seconds to go.

But that doesn’t excuse what happened after that, as once again, the Patriots made a colossal blunder that cost them the game. It was a disaster of epic proportions.

With nine seconds left, sitting on their 44-yard line in a tie game, Mac Jones handed off to Rhamondre Stevenson on a draw play, which for no logical reason turned into a desperation hook-and-lateral.

Stevenson gained lots of yardage, but with time expiring, lateraled to Jakobi Meyers, who inexplicably decided to pass the ball back to Jones.

Raiders defensive end Jones hauled in the ball, ran over Mac Jones, and proceeded 48 yards into the end zone for the win. It was stunning.

All Belichick would say was that the last play was “a mistake.” Raiders head coach Josh McDaniels, meanwhile, called the ending “insane.”

What was Meyers thinking?

Basically, he wasn’t. It was a horrible idea and up until that point, he and Stevenson had helped save the team and put them ahead, but ultimately turned into a goat.

Meyers took accountability for not doing the right thing.

“I was trying to do too much … trying to be a hero, I guess,” said Meyers.

Jones, meanwhile, had a chance to stop former Patriot Chandler Jones to send the game into overtime, only he got bowled over trying to make the tackle.

“I gotta tackle the guy,” the Patriots quarterback said. “It’s on me. That’s my fault. If I tackle him, then we play for overtime. So it’s on me. We gotta make that. Not good enough by me.”

Stevenson also fell on the sword: “The play call was just a draw play. Nothing more, nothing less than that. I’m supposed to know the situation… I failed to do that today.”

Once again, where once the Patriots were the kings of situational football, they are now among the worst in the league in that area. That’s not something that changes overnight.

Of course, theoretically, the Patriots still have a shot to make the playoffs at 7-7. Both the Jets (7-7) and Dolphins (8-6) lost this week, although the Chargers (8-6) won. It’s just hard envisioning them making it to the dance when facing the Bengals, Dolphins, and Bills in the final three games, along with getting past this nightmare.

Add the fact the offense was once again ineffective for much of the game, with Jones (13 for 31, 112 yards) having a terrible game against the NFL’s worst pass defense according to DVOA, and it’s hard to have much faith or confidence in them rising out of the gutter they fell into in Vegas.

Because, for the longest time during that loss, the Patriots were a bleep show.

It was Week 15, and they continued to kill themselves with stupid pre-snap penalties, bad timeouts, poor throws, drops, and poor communication.

They had a trip to the red zone in the second quarter, had a third-and-goal from the one, then proceeded to have two touchdowns wiped off the board, by their own doing.

Jones hit Meyers for a touchdown, but the sideline had called a timeout, to negate that. After the game, Belichick said they weren’t sure of the play, and wanted to make sure they had the right play, that’s why he called the timeout.

Well, it looked pretty sure for six points, only it wasn’t.

Then a false start by Jonnu Smith, after a second timeout, wiped out Jones’ quarterback sneak for a touchdown.

They had a punt blocked, when the team wasn’t ready when the ball was snapped. So basically, it was a blunder-fest that they somehow still had a chance to win, before making the ultimate boneheaded play.

“We made too many mistakes, too many bad plays to win,” said Belichick. “That’s obvious.”

That’s been the overwhelming narrative of the 2023 season. Against the bad teams, they’ve been able to overcome their mistakes. The Raiders (13 penalties, a pick-six) were desperately trying to give them the game. Only, they were one gigantic mistake-worse than their counterparts.

They basically handed a victory over to McDaniels, who is lucky to be at 6-8 given all the leads they’ve blown. Jones, however, said the Patriots wouldn’t quit. They would keep fighting.

“Obviously, a tough situation. It falls on all of us,” said Jones. “It is what it is. Tough way to go out.”

Especially scrambling for a playoff spot with three games to play.