Todays Though > News > What makes a good bullpen? Relievers from the Yankees, Mets weigh in – Boston Herald
News

What makes a good bullpen? Relievers from the Yankees, Mets weigh in – Boston Herald 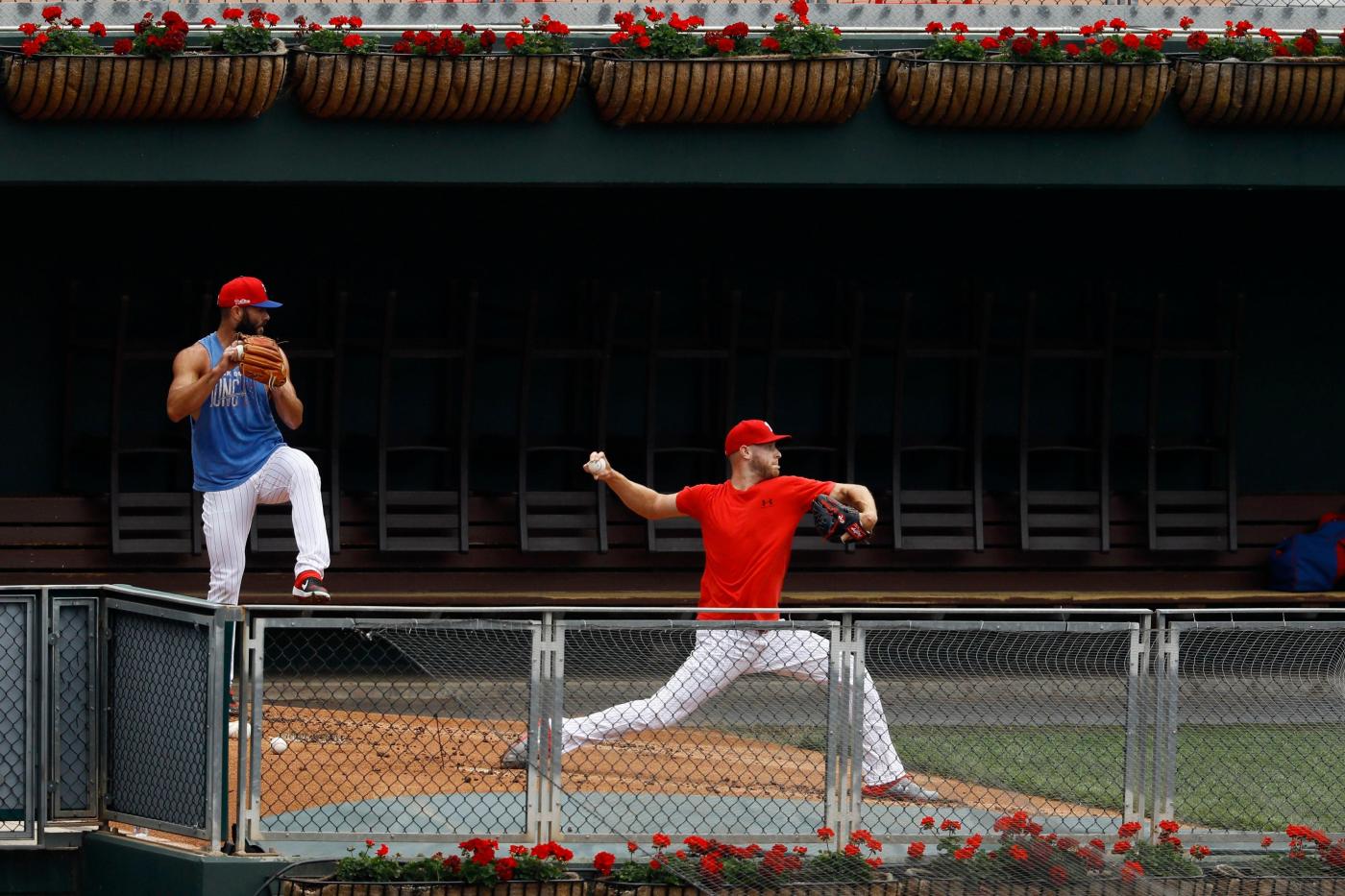 That comes out to 13 and a half days. Sometimes they’re sitting in folding chairs, sometimes they have a nice bench and certain places leave them in the blazing sun with no protection, just their thoughts.

Relief pitchers are, lovingly, the resident weirdos of any team. The mental makeup needed to enter in the late innings when the whole game depends on you, plus the physical isolation they have from the rest of their teammates, creates a very specific type of guy.

Ask around the Yankees’ and Mets’ clubhouse for the criteria that makes a good bullpen — not the pitchers that inhabit it, but the physical space — and you’ll really get those weirdos going.

“A climate-controlled area,” said Mets’ setup man Adam Ottavino. “Sometimes it’s cold [outside], sometimes it’s hot. When you’re sitting there, you don’t want to deal with that. So, that’s the biggest thing. A view of the game is nice. A lot of places, you can’t see anything, which kind of sucks. Those are the first two, and then, you know, a decent bathroom.”

“To me, I think you want to have some type of fan interaction, but you also want to have your space,” said the Yankees’ Clay Holmes. “The Braves are my favorite. Boston, you can’t escape anything, and there’s not a lot of room to move around.”

Not being able to see the field, or having an obstructed view of it, was a common answer for what makes a bad bullpen experience. Having the Ottavino-approved room with either air conditioning or heat, depending on the time of year, seemed to be perhaps the most important aspect of a good one.

Gabbing about favorite and least favorite bullpens was like throwing chum into shark-infested waters. Once the subject was broached, other bullpen dwellers couldn’t resist.

“Tampa and Oakland, those aren’t bullpens,” said a member of the Yankees, taking a potshot at the only two bullpens in the league that remain on the field rather than beyond the outfield wall.

Of course, when it comes to time spent in a given bullpen, players are beholden to their team’s schedule and division. One person’s favorite might not have registered for someone in the opposite league who’s maybe only spent three games there. The new arrangement in San Francisco’s Oracle Park and the center field setup in Cleveland’s Progressive Field received one-off mentions as some of the worst in the league. Everyone likes the one at Yankee Stadium. Petco Park’s bullpen in San Diego is considered a gem. Seattle was one of the consensus favorites because of its heated seats and the ability to interact with fans.

“I like Seattle,” said Mets’ middle relief man Mychal Givens. “The fans are right there, but I’ve never had a problem with them. They’re not bad.”

Tommy Hunter, the Mets’ 36-year-old righty with over 12 years of MLB service time, immediately named Seattle his number one because of the fans’ ability to stand mere inches away.

“I like talking s—t and I like when people talk s—t to me,” Hunter explained. “We’re really good at it, to be honest, we do it every day for eight months a year. Sometimes the fans come and talk trash, but they only do it once in a while. We do it every day.”

Milwaukee’s ‘pen was praised by one veteran for having a great view, while they also admonished the one in Detroit for sometimes having standing water in it. Those who really went in on their least favorite bullpen had clearly spent hours upon hours hating on it from the inside.

“Houston, you’re in a cage,” said Ottavino as a nearby teammate also declared that one the worst. “It’s a mosquito-infested cage with dust on the walls and you have to watch out when you go pee. Something might bite you.”

“There’s some bad ones,” said the Yankees’ Lucas Luetge, who claimed he’d never thought about this sort of thing before. “Nobody wants to warm up on the field. You throw a passed ball and it stops the whole game. You don’t get to warm up as freely as you’d like.”

Now in his second year with the Mets, Trevor Williams has developed a natural disdain for Philadelphia.

“Philly, you have a good view but you’re also like three miles away from everything,” he said. “The best way to describe Philly’s bullpen is like an open-air exhibit at the zoo. We’re on display. You know when you see the meerkats at the zoo? You can look at them and you’re kind of eye-level with them. That’s what we are.”

Williams listed the ability to hide as one of his favorite qualities. If the indoor room is too secluded, though, as he said Wrigley Field’s is, the feeling of running from silence into crowd noise can be too jarring. The bullpen orientation at Citi Field puts the sitting relievers right up against the right-center field fence, eliminating many important viewing angles. Whoever’s warming up on the mound, meanwhile, is way back behind them.

“We can’t see the count or anything,” Williams said, before explaining how the Mets’ relievers consume a game. “We look through the windows to whatever section [is near us] in the outfield. We look at their TV’s to see what happened.”

One thing that united both the Yankees and Mets’ relievers was their architectural beef with Camden Yards in Baltimore. They described, in horror, the feeling of trying to navigate the cobblestones that stand between a relief pitcher and their entrance to the field.

“Baltimore, with the rocks going down, is awful,” said Hunter, a former Oriole who’s made 104 relief appearances at Oriole Park. “I think that’s my number one least favorite bullpen. When you walk down that thing, you’ve gotta be careful.

“It’s a weird footing,” Holmes agreed. “It kind of just bugs me, bit of a pet peeve.”

It didn’t seem to be very high on the list of priorities last winter, so hopefully relief pitcher’s pet peeves can be addressed in the next collective bargaining agreement.