Todays Though > News > What makes a great Philly cheesesteak? Plus where to find the sandwiches in Chicago to mark the World Series. – Boston Herald
News

What makes a great Philly cheesesteak? Plus where to find the sandwiches in Chicago to mark the World Series. – Boston Herald 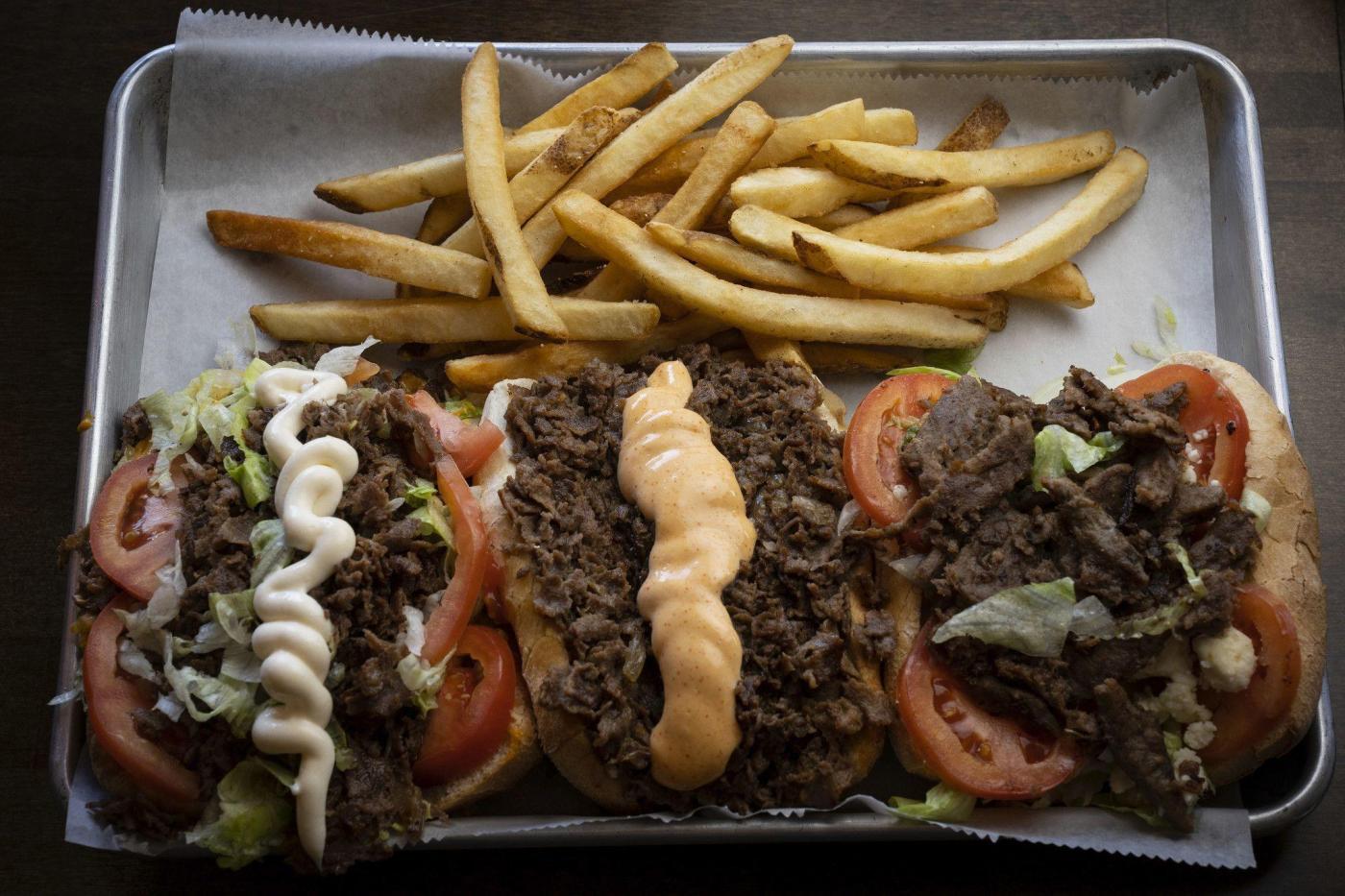 Cheesesteak, the iconic Philadelphia sandwich, could be a cousin to the Italian beef of Chicago.

Since the Phillies made it to the World Series — loaded with three former Cubs, no less — it’s a good time to explore what makes a classic cheesesteak great, and where to find them around our city.

At Monti’s in the Lincoln Square neighborhood, the sandwich starts with bread from a bakery founded in 1904.

“An authentic Philly cheesesteak starts with an Amoroso’s roll, made in Philadelphia,” said owner David Weissner. “Then the highest-quality meat, cheese and onions.”

You can order your sandwich with or without onions. (In Philly-ese, one might say “wit” or “witout.”) And then there’s your choice of cheese: provolone, American or an aged cheddar sauce, instead of the typical Cheez Whiz.

“My favorite variation on the authentic is what we call the Rocky cheesesteak, because it really packs a punch,” Weissner said of the sandwich named for the “Rocky” film franchise that starred Sylvester Stallone as a boxer, and co-starred the city of Philadelphia. “That has our own hot Rocky pepper sauce, made with habaneros, serranos and jalapenos.”

You can also order cherry peppers on the side. The pickled hot peppers are comparable to giardiniera, but not nearly as complex as our cultish condiment.

And then there’s the steak, which begins as sliced beef, chopped to ribbons on a sizzling griddle by a cook wielding metal spatulas.

“The onions get cooked in together,” Weissner said. “And the cheese melted right on top. The bun is placed on top of the meat and cheese. And then it’s all flipped to your classic Philly.”

That final flip depends on the skill of the cook into that elemental bread.

“For us, it really starts with the Amoroso’s Baking Co. roll,” Weissner said.

It’s parbaked, and finished in their oven, which adds a toasty nuttiness to the tender bread.

“An Italian beef roll, like Turano, needs to withstand the jus,” Weissner said. “Whereas with the Philly, the meat and the cheese don’t attack the bread like Italian beef.”

When asked what makes a cheesesteak great, he said it’s the quality of the ingredients.

“If you skimp on any one of those four ingredients, you will know instantaneously it’s not a Monti’s cheesesteak.”

“Most of our employees have been with us for seven or eight years,” Weissner said. “So we have almost no turnover in our kitchen.”

Monti’s originally opened in 2012, celebrating its 10th anniversary this year as a neighborhood cheesesteak bar.

“And then unfortunately, we had a fire,” Weissner said. “It was originally reported as an electrical fire. However, after the fire inspectors concluded their report, it was ruled spontaneous combustion.”

During a pandemic shutdown in September 2020, they re-stained the floor. The rags spontaneously combusted early one morning before they arrived, he said. No one was injured, but the restaurant was totaled, and significant damage was done to the condos above and next to them.

Coincidentally, Jim’s Steaks in Philadelphia, Weissner’s favorite cheesesteak in the city, had a fire this summer, and remains closed temporarily.

“We moved into a ghost kitchen. And fortunately, we have a great landlord who helped us rebuild the space.”

“We’re actually running a 10% off special if you wear Phillies gear,” Weissner said. “We have five TVs, two at the bar, every seat gets a view of a TV for sure.”

More notable cheesesteaks, in the city and suburbs, in alphabetical order:

Big screen or home stream, takeout or dine-in, Tribune writers are here to steer you toward your next great experience. Sign up for your free weekly Eat. Watch. Do. newsletter here.