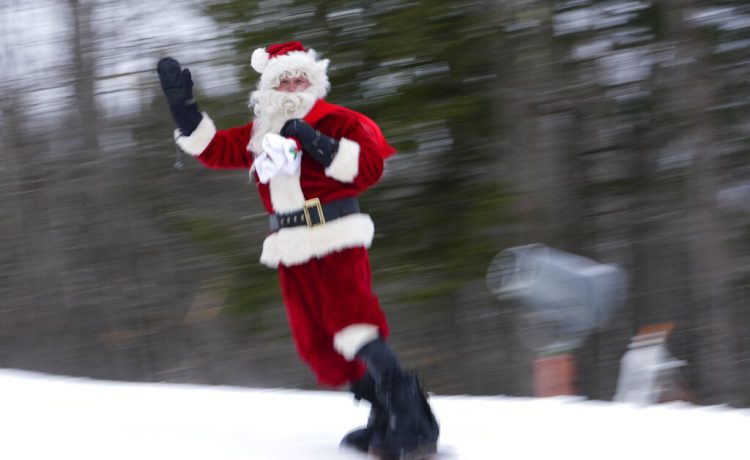 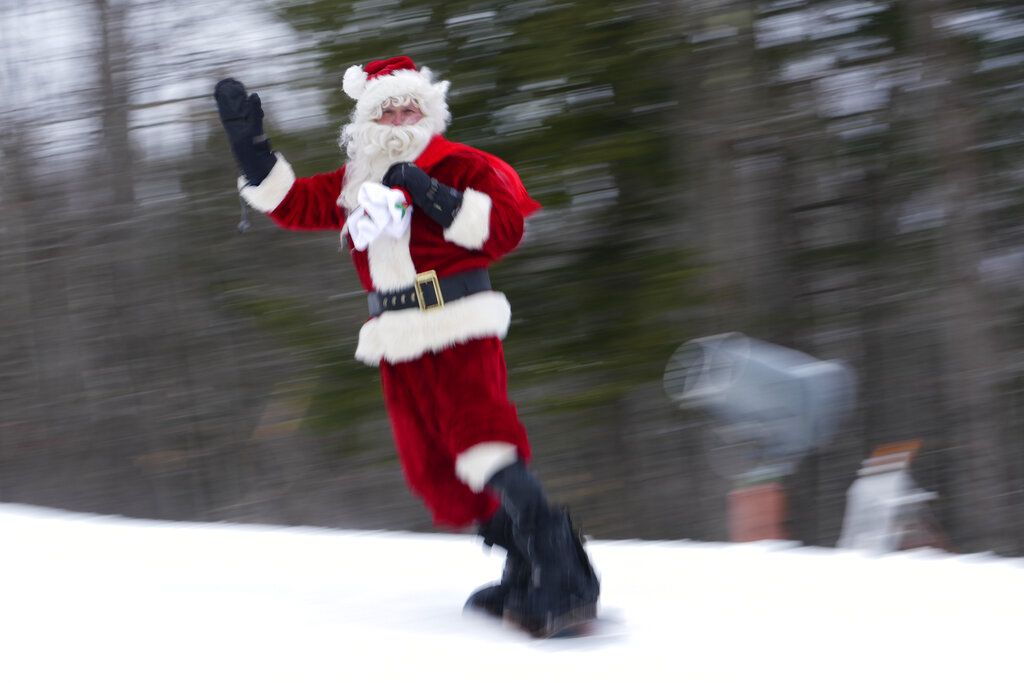 (Editor’s Note: We asked Santa to pinch-hit this week with a peek at his gift list for your favorite sports teams. Here is his response.)

No, not that Big Guy.

Mrs. Claus and I know when you are sleeping.

We know when you’re awake.

Thanks to Google and Alexa, we also know your favorite brand of underwear, what time you go to bed, and what you had for dinner on July 18.

Red Sox, Bruins, Celtics, and Patriots fans are all on the nice list. After all, they keep showing up despite a ruthless championship drought that will enter Year Five unless the Patriots win Super Bowl 57.

Some say Boston fans are spoiled.

Santa’s memory is sharp, even at this age.

(By the way, Santa’s preferred pronouns are Santa, Santa, and Santa.)

Santa remembers when Boston was “Loserville.”

Santa remembers “too many men on the ice.”

You name it. Santa remembers.

Santa boasts unparalleled earthly omnipotence and omniscience. That brings buying power and the ability to give people what they want before they want it.

How many times has Santa delivered in your life?

Santa is more reliable than Adam Vinatieri in a blizzard.

Here are Santa’s gifts for the Red Sox, Bruins, Celtics, and Patriots.

Santa knows how important it is to have passionate, active, and engaged leadership. Elves, reindeer, production, distribution, surveillance. There’s a lot to do at the North Pole. Santa is engaged from the choice of Reindeer Chow to the Elves’ latest collective bargaining agreement. Santa recognizes the importance of delegation but never avoids responsibility for final outcomes.

The Red Sox once had this.

John W. Henry and his ownership group tapped into the frustration of the fanbase, made the Red Sox an irresistible product, and won 4 World Series trophies in less than 20 years of ownership. They revitalized Fenway Park. They purged the team’s fixated-on-race past, before jumping the shark a few years ago.

Henry offers a perfect example of overstaying one’s welcome. Never mind asking if “Tom Brady should have retired last year.” How about: “Should John Henry have sold the Red Sox after the 2018 World Series?”

The Red Sox have morphed into another subsidiary in the Fenway Sports Group crown. No more or less important than the Pittsburgh Penguins.

Santa is happy to lead the search for new owners.

We’re ISO of someone with a mid-nine-figure net worth. This person would front a group looking to spend at least $4 billion for the Red Sox and Fenway Park; care passionately about Boston, Massachusetts, and New England; know how to run a winning, dynastic sports franchise, and be trusted not to screw things up.

Any names come to mind?

What do you get for the team that has everything? How about a foundation for its future. Santa moved Cam Neely and Don Sweeney from the “Naughty” to the “Nice” list after the Bruins’ torrid start. Not even Santa has enough juice to award a Stanley Cup. That must be earned, not given. A long-term deal to keep Pastrnak in Bruins Black and Gold for another seven or eight years? No problem. Pasta deserves at least the $12.6 million a year being paid to Nathan McKinnon. Xander Bogaerts’ $280 is probably out of the question. But let’s start with the $58 million left on Chris Sale’s contract and head north from there.

Not all gifts are material. Health. World peace. Happiness. All free. The Celtics’ most important missing ingredient is not on the court, but in the heart. The Wizard gave the Cowardly Lion eponymous courage. The Celtics require the killer instinct of a tiger and soul of an assassin before they can hoist Banner 18. No more gushing over current NBA players. No more being awe-struck by the opposition. And it’s hard to go for the throat when you’re keeping one eye on your kid charming those courtside TV cameras. The Celtics carry a sleigh full of talent. Joe Mazzulla is Santa’s “Coach of the Year.” Brad Stevens is the sharpest executive in Boston since Theo Epstein. But players need to take one more step over anyone and everyone in their way.

Santa’s omniscience of all things “Hot Takes” reveals that none other than OBF first raised the real possibility of Brady coming back to the Patriots via a tweet on Oct. 15, just hours after Robert Kraft’s wedding. Since then, the “Brady to New England” unicycle has morphed into the Acela Express. Old tweets have doomed many. This time, Twitter served to ring the bell long before the fire spread. Kraft cannot be happy with the current state of the Patriots. It’s clear he regrets not keeping Brady in the fold. Kraft has allowed Belichick to buy the groceries since 2000. The Hoodie built this season’s team and coaching staff fully in his name, image, and DNA. Right now, they are in the playoffs. But the Patriots have not won a playoff game in three years. If they make it four, be warned. Brady will be a free agent. Kraft is probably counting down the minutes until that happens. Did they ever find the burner phone Brady used with the Dolphins?

(Pass your notes to Santa via [email protected] or @RealOBF.)