What’s next in the Ravens’ offensive evolution? Their preseason opener might’ve offered hints. 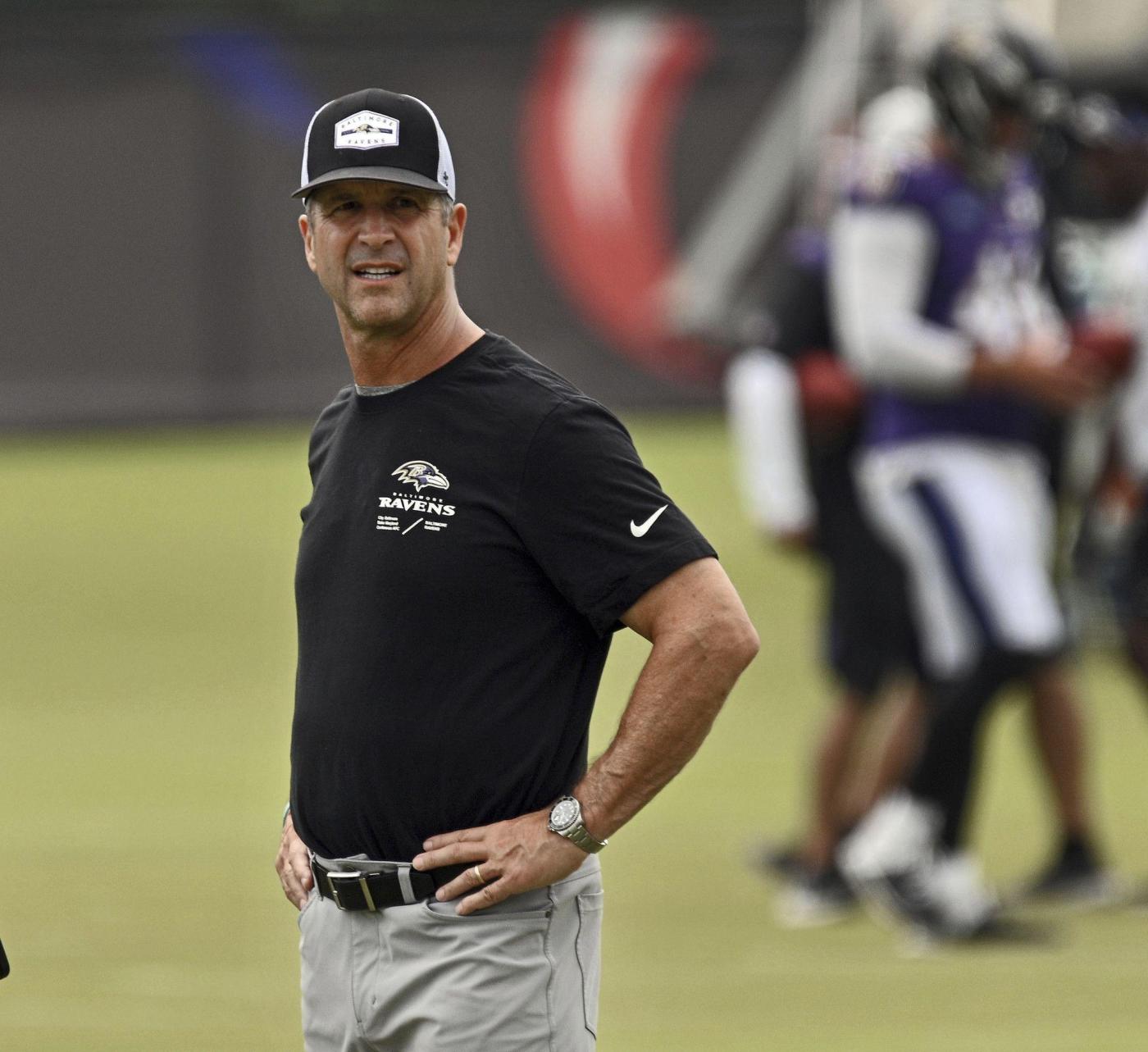 Greg Roman’s playbook, always a subject of intense scrutiny in Baltimore, is always changing, always growing, a living document in a sport of constant upheaval.

The Ravens offensive coordinator said early in training camp that there’s “20% new stuff” in his inventory of calls. Then there’s the collection of run-pass-option concepts that coach John Harbaugh later said just hasn’t been completely “tapped into.” Who knows what else is hiding in there? Ravens players describe the breadth of Roman’s playbook the way they would a Cheesecake Factory menu.

More interesting than what’s in the playbook, though, is what’s actually called. Roman wants to make use of what he has in Baltimore. And even with most Ravens starters sitting out Thursday’s preseason opener against the Tennessee Titans, the 23-10 win could prove to preview the next iteration of Roman’s offense.

Most striking was the Ravens’ reliance on plays from under center. On six of the offense’s first seven plays Thursday, quarterback Tyler Huntley lined up not in the shotgun or pistol formation, as the Ravens did 96% of the time last season, according to Sharp Football Stats, but behind centers Patrick Mekari and Ben Powers.

Of Huntley’s 35 plays Thursday, including those negated by penalties, he was under center for 14 (nine run plays, five pass plays). That was not the dominant play structure for the Ravens’ first-half offense; Huntley took 19 snaps from the shotgun, including seven straight late in the second quarter as the Ravens briskly moved downfield. He also took two from the pistol, according to a review of the game film.

It can be tempting to extrapolate season-long trends from a preseason opener. It can be just as tempting to dismiss the games as meaningless altogether. But even a modest embrace of under-center offense would mark a stark contrast from the 2021 Ravens offense.

With more under-center passing Thursday, the Ravens’ offense looked, coincidentally enough, more like the Titans’. Huntley’s first passing play was a play-action bootleg out of a two-tight-end formation. After faking a handoff to the left, he wheeled around to the right and found wide receiver Tylan Wallace, who’d motioned inside as if he were a blocker, cutting across the grain and into the flat for a 3-yard completion.

The Ravens’ depth of talent at tight end and fullback — Mark Andrews and Isaiah Likely have provided near-daily highlights in camp, and Nick Boyle and Patrick Ricard can be punishing blockers — should force defenses into using bigger, slower personnel groupings. The field-stretching speed of wide receivers Rashod Bateman and Devin Duvernay should stress defenses after the snap. With longer-developing play-action looks from under center, Jackson could have bigger windows to throw into.

“The under-center stuff, definitely, I think probably we’ll be able to do some of that stuff more effectively this year, just with how we’re built,” Roman said Sunday. “I think you might see some more of that.”

This early in the preseason, there are practical benefits to under-center drop-backs, too. Ravens quarterbacks coach James Urban said Saturday that he learned from former Philadelphia Eagles and current Kansas City Chiefs coach Andy Reid that “you teach quarterbacks timing from dropping under center.”

“So we do a good little bit of it during training camp,” Urban added. “I think it’s very, very important to learn to drop. We did some in the game the other night. And then, as you evolve, or protection-wise, it’s certainly easier sometimes to be in [shotgun]. But it’s easy to feel what that throw feels like when you have to separate from the line of scrimmage and do it — catch and drop. Now transition that same feeling, that same timing. That’s what we’re doing.”

Thursday’s game also hinted at changes in the Ravens’ running game, too. In 2019, during Jackson’s supernova of a season, the Ravens used the pistol formation — in which a running back lines up behind the quarterback in a modified shotgun set — on over half of their plays, according to Football Outsiders. In 2020, with their early-down success dipping, the rate fell to 44%. Last year, amid injuries to their offensive line, running backs and Jackson, their pistol usage dropped even further, to 28%.

Against Tennessee, Huntley had just the two pistol snaps. When Anthony Brown came in to start the second half, the Ravens’ under-center offense all but disappeared (three snaps). Still, they leaned more on shotgun looks (17 snaps) than pistol looks (eight snaps).

Roman has called his offensive philosophy “medieval,” a description best reflected in the Ravens’ power-running game — double teams, pulling linemen, heavy personnel packages. But with the arrival of first-round pick Tyler Linderbaum, the Ravens added an immediate-impact center who thrived at Iowa with zone concepts, where linemen are responsible for blocking an area, not a gap.

With more shotgun snaps, the Ravens could change the “launch point” for their zone runs, an area of weakness last season. Their top two running backs in 2021, Devonta Freeman and Latavius Murray, combined for 335 yards on 89 inside- and outside-zone runs last season, or just 3.8 yards per carry, according to SIS. On all other carries, they averaged 4.6 yards per carry.

“I think that just making defensive linemen, linebackers move sideline to sideline, it gives you a crease,” Campbell said. “For just one guy to mess up, you can capitalize on it more. And so you definitely have to move in unison to kind of build that wall and be able to travel together, and if one guy kind of gets out of position, it’s like special teams: You have to kind of replace him. So it’s tough. …

“I think the biggest thing you can do [as an offense] is mix it up, keep teams guessing. If you know exactly what a team’s going to do, you have a better chance of stopping it. But if you can mix it up and make it complicated, you’ll give yourself just a little bit of an edge, which you need in this game.”

Just how much change is underway in Baltimore? The answer could be clear in about a month. Or maybe not. Asked about his offense’s tendencies in Thursday’s game, Roman said: “I really don’t think there is much to read into on that.”