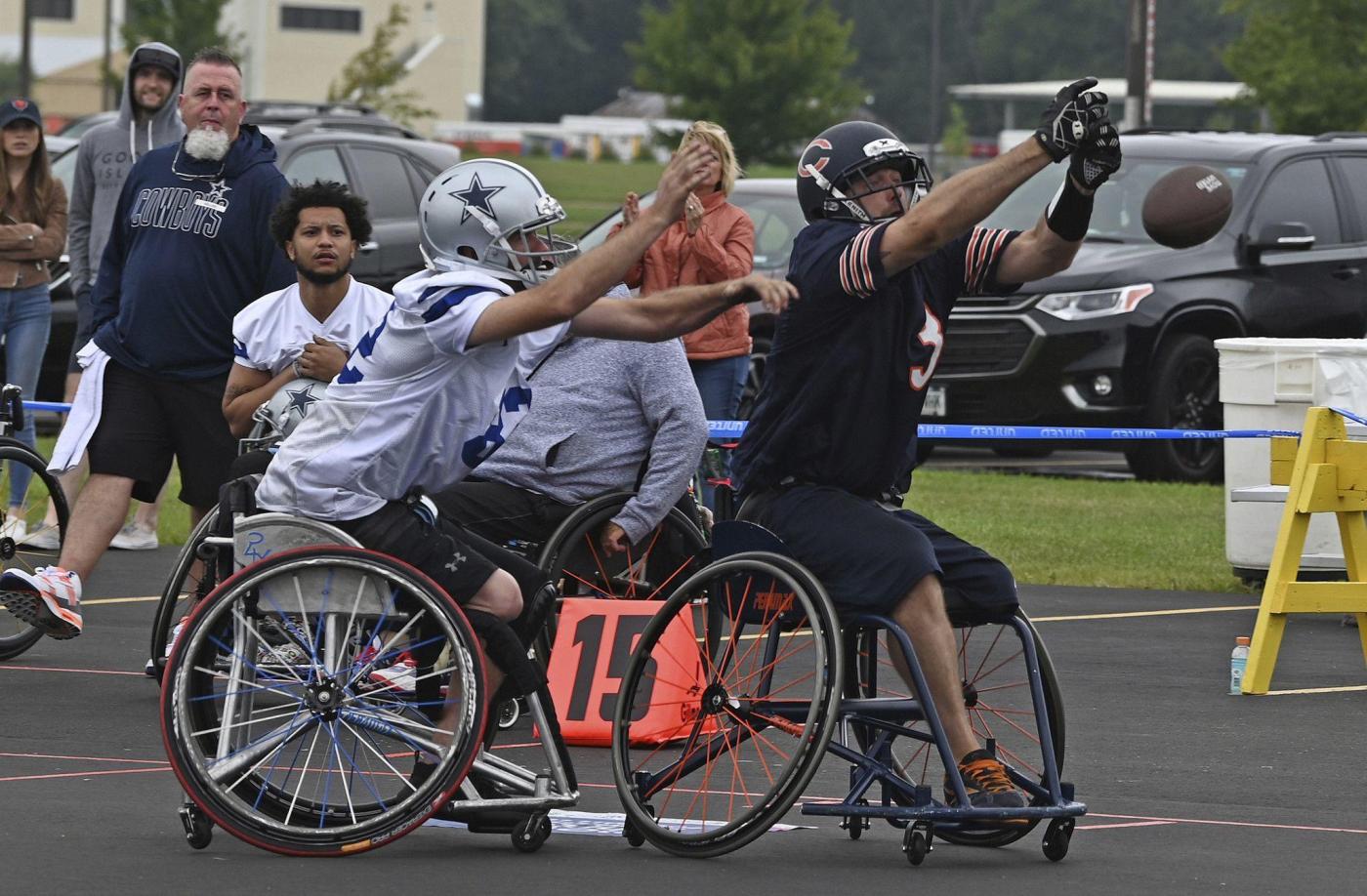 More than 100 wheelchair football athletes from around the United States competed in the Great Lakes Adaptive Sports Association’s home tournament Aug. 13 and 14 at the College of Lake County in Grayslake.

Wheelchair football athletes strive to pursue “pushing what’s possible for people with disabilities and showing that football is for everyone,” said Karalyn Stott, senior program manager with Move United, a nonprofit and a partner of the U.S. Olympic & Paralympic Committee.

“These guys have been competing their hearts out this weekend.”

This was the second year of USA Wheelchair Football League tournament play.

GLASA is a nonprofit organization based in Lake Forest that provides more than 20 adaptive and paralympic sports year-round, including the GLASA Chicago Bears competitive team and recreational wheelchair football.

The USA Wheelchair Football League is a program of Move United made possible by support from the National Football League (NFL) and Bob Woodruff Foundation (BWF) partnership.

The tournament competition kicked off on Saturday morning with two fields of play running concurrently through the day in reconfigured parking lots. On Sunday, the weather was overcast and 67 degrees for the 2 p.m. championship games.

“We’ve had fans come out from all over the Midwest, actually, the country, and it’s a great opportunity to really grow the sport of wheelchair football.”

“Being an NFL athlete, I see guys that are injured and have different things happen all the time,” Sinceno said. “So when you have a permanent injury like this, it’s important to come out, just support the guys and let them know that we’re with them.

“They’ve got big hearts, they still love the game,” Sinceno said. “They’re still willing to do whatever it takes to get on the field, even if it’s in a wheelchair.”

Being associated with the Chicago Bears “is a lifelong dream,” said Sfire, who played varsity football, tennis and wrestling at Lake Zurich High School and graduated in 1992.

“It’s fun, it’s exciting,” Pezze said about being on the team.

Gustavo Silva of Crystal Lake, manager of youth football and community programs for the Chicago Bears, said the Bears have had a relationship with GLASA for many years.

He explained that GLASA has the same kind of goals the Bears have.

“Our goals are to grow the game of football by making it more inclusive, by making it accessible and by making it equitable. And that’s exactly what wheelchair football is,” Silva added.

“Incredible huge thank you (to the Bears),” Sfire said. “They just think of us as an extension of them and that’s an honor.”