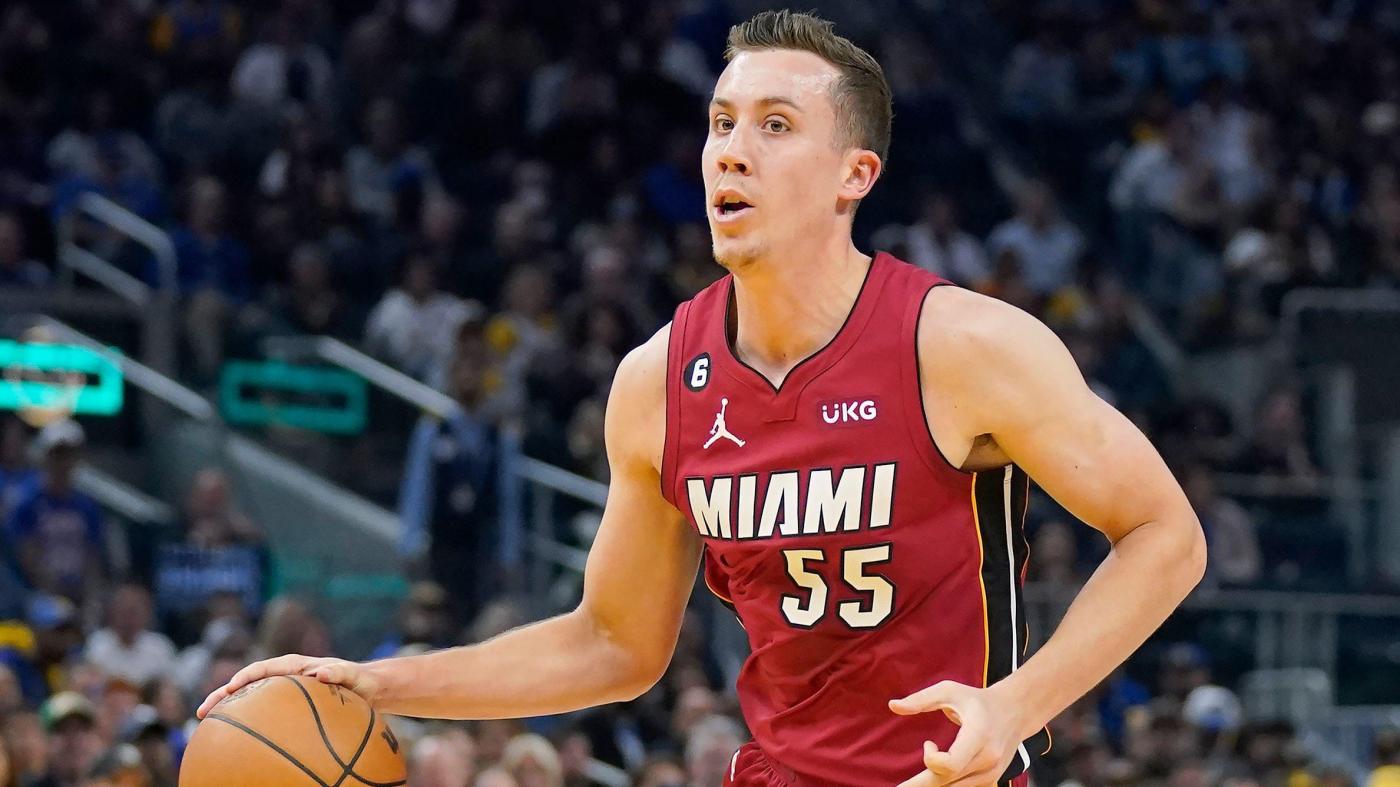 Q: Whoa, let me get this straight – you said you can’t put Nikola Jovic in the rotation because it would knock Duncan Robinson out of the rotation? Ira, that must’ve been a pretty bad brain freeze for you on that trip. Nikola is the future. – Dale.

A: Um, yeah, that’s not what I said, or at least only part of what I said. My point was that if you craft a rotation role for Nikola Jovic, perhaps even keeping him in the starting lineup when Jimmy Butler returns, then, considering Erik Spoelstra’s preference for a nine-man max rotation, someone gets forced out. Such math likely would come at a cost for Duncan Robinson. Look, I’m not saying that you can’t find minutes for Nikola, particularly amid injuries or foul trouble for others. But if you either hope to rehabilitate Duncan to put value into his contract or if you want to showcase him for a possible deal, then there has to be a way to get him on the court. As I also pointed out, another means of creating playing time for Nikola once Jimmy gets back, as well as playing Duncan, is to perhaps go smaller and bypass Dewayne Dedmon. That, in turn, could give Dewayne time to rest his ailing foot. Lots of moving parts in play here, but I believe we can all agree that these seven are in the rotation: Butler, Bam Adebayo, Kyle Lowry, Tyler Herro, Caleb Martin, Max Strus and Gabe Vincent. So that puts Nikola in play for two spots among himself, Duncan and Dewayne.

Q: Haywood Highsmith is becoming an NBA role player right in front of our eyes. – Ces.

A: He has been that all the while, merely waiting his turn, which came with this extreme round of injuries to the rotation. And he rebounds, which is a bonus for this team. But what will need to be upgraded for more of a shot is, well, more of a shot, better percentages than his current .300 from the field and .200 on 3-pointers.

Q: If the Heat continue to hover around .500 and the edge of the playoffs when the trading deadline approaches, what do you think Pat Riley will do? Try and add pieces to simply make the playoffs, sell off to get assets for an offseason push, or try and deal for a disgruntled whale? – Mike, Southwest Ranches.

A: If the Heat are .500 around the trading deadline, I wouldn’t expect any type of desperate measures, considering the trust in this team to turn it on when needed. Now, if they’re .500 and beaten down by injuries, on a downward slide, that would be a different story. But with the play-in format of the postseason, a .500 record at midseason still means hope.