Todays Though > News > Where all 53 players fit, from the superstars to the fringe – Boston Herald
News

Where all 53 players fit, from the superstars to the fringe – Boston Herald 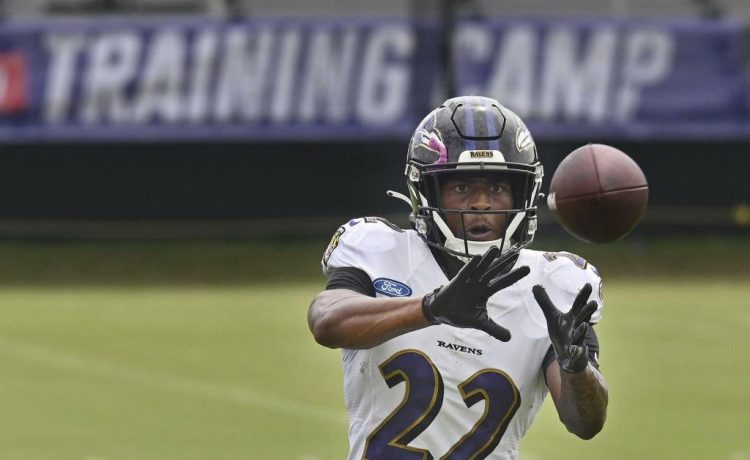 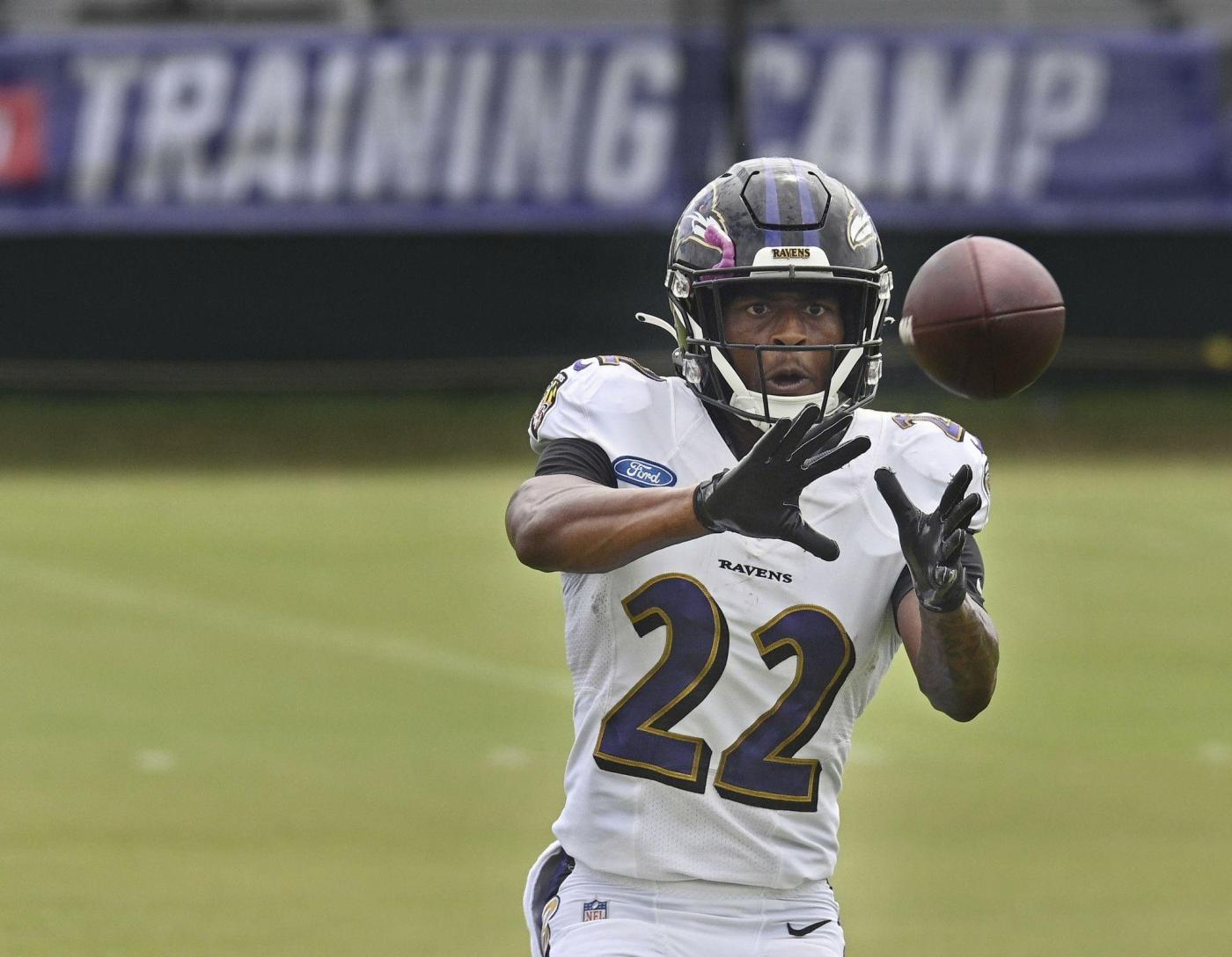 We’ve spent months speculating about the composition of the Ravens’ 53-man roster. Now that it’s set, save for a few moves around the edges, we carry on to a more important question: What kind of team do they have?

This is not a new question, but it’s one worth asking again with the season staring them in the face. We’re past the point of pie-in-the-sky projections for untested players and overly optimistic timelines for those returning from major injuries. We’re much closer to the truth, at least as it applies to the version of the Ravens we’ll see in Week 1.

With this in mind, let’s sort that roster of 53 into tiers (players listed alphabetically in each):

Tucker is the best at what he does, and Andrews put himself in that conversation with his sublime 2021 performance.

Humphrey is the one guy you might push down a tier given his uneven play before he suffered a season-ending injury in Week 13 of last season. But the Ravens made him the new face of their defense when they gave him a $97.5 million extension in 2020, and his versatility will be essential to coordinator Mike Macdonald’s plans for restoring the pass defense to a customary level of excellence.

These guys are the backbone of the team. They’re capable of making a Pro Bowl, but more importantly, the Ravens can depend on them to perform well week after week. They come in all varieties, from solid-as-oak veterans Campbell and Zeitler to rising stars Bateman and Oweh.

The iffier players in this group are Duvernay, who’s here more as a special teams star than a No. 2 wide receiver candidate, and Moore, a specialist.

Some might question Clark, who did not carry enough weight to dissuade the Ravens from spending big money on Williams and using a first-round pick on Kyle Hamilton. But his reliable production and professionalism will keep him on the field as long as he remains in town.

Starters with something to prove

We know these guys will play, but we don’t know what the Ravens will get from them for a variety of reasons.

Madubuike has flashed as an interior playmaker but has yet to take the leap many predicted before last season. Pierce is a proven man-eater in the middle, with upside as a pass rusher, but he has to show he can stay on the field after he played just eight games over two seasons in Minnesota. Queen played better after the Ravens reduced his responsibilities a few games into last season, but he has not evolved into the all-around middle linebacker envisioned when they used a 2020 first-round pick on him.

This is a pivotal year for Queen; if he does not raise his level, it’s possible the Ravens won’t use their fifth-year option to lock in his future with the team.

Powers always puts himself in the mix to start but never has an iron grip on his job.

This group is larger than the Ravens would like, packed with players who could crash the superstar tier under the right circumstances.

Stanley is the biggest question mark on the team, the man paid to be Jackson’s chief protector but also the man who has not played a full season since 2019. The Ravens cleared him to practice last week, and he proceeded not to take the field Monday or Tuesday, fueling doubts about his status for Week 1. Dobbins, meanwhile, badgered the Ravens to let him back on the field, but it remains unclear how explosive a runner he will be early in the season.

Peters, the team’s most dynamic defensive ball hawk, carries the sunniest prognosis of the bunch, with coaches seemingly confident that he will look like himself when the Ravens face the New York Jets on September 11.

Bowser and Edwards aren’t on the 53-man roster, because the Ravens put both on the physically-unable-to-perform list, meaning they will be out at least the first four weeks. But it would be misleading to lay out the team’s assets for 2022 and not include them. Coach John Harbaugh has said Bowser is in excellent shape, and he was one of the key players on the defense last year, so he could make a significant impact as soon as he’s eligible to return. Edwards, who missed all of last season after he tore his ACL, could take longer, but Harbaugh has said he expects the hard-charging runner to play in 2022.

Rookies who will make a Week 1 impact

Linderbaum gave the Ravens a scare when he hurt his foot in training camp but seems on track to start the opener. He looked none the worse for wear in his brief dose of preseason action, and his mobility could open new possibilities for the running game.

Likely was the breakout star of training camp and the preseason, so good that the Ravens did not want to risk an injury by dressing him for the preseason finale. He was fifth of the team’s six fourth-round picks; four months later, he’s projected to be one of Jackson’s top targets.

The Ravens took a risk by drafting Stout and pushing their longest tenured player, Sam Koch, onto the coaching staff. Stout has erased any doubts about that decision with his thunderous punts in training camp and the preseason.

Hamilton has probably inspired more debate than any rookie on the team because of a few obvious mistakes in tackling and coverage, but he has also demonstrated the range and versatility that made him a first-round pick.

The game day roster would not work without these players, some of whom start but most of whom are the first men up when injuries hit.

Bynes is close to a core player because he’s such a dependable presence in the middle; he’s just not on the field for every down.

Every running back other than Dobbins is in this tier, because we don’t know who’s going to carry the load early in the season. Davis might be the safest bet because of his all-around skills, but the Ravens are patching at the position, much as they did last year.

James could be the Week 1 starter at left tackle. Stephens could step forward to become a do-it-all linchpin in the secondary. Mekari is the rare super-utility lineman who can fill in ably at all five positions.

At wide receiver, Proche will again have to fight to get on the field given Robinson’s advantages in size and big-play potential.

Keep an eye on the future

These young players aren’t under pressure to produce right away and they’re not in immediate danger of losing their spots. Some have star upside but won’t be able to show it at the start of the season.

The imposing Jones would have contributed right away if he had not injured his knee in the second preseason game. Ojabo could give an immediate boost to the pass rush if he makes it back from a torn Achilles in the second half of the season. Armour-Davis needs to prove he can stay on the field. Ross and Williams made positive impressions in training camp, but it’s not clear where their snaps might come from outside of special teams.

Cleveland was supposed to be the starting left guard by now. Instead, he spent training camp digging himself out of a hole after he failed the team’s conditioning test multiple times. Faalele made progress over the summer, but he’s the definition of a developmental prospect.

Harrison could prove to be too good for this tier and might get some chances on the outside given the Ravens’ lack of depth there. But he did not step forward from year one to year two and could become an afterthought if he does not build on his positive moments from the preseason.

Wallace excited fans as a potential draft steal last year, but he has not convinced the Ravens he needs to be on the field despite their lack of star power at wide receiver. Welch is a special-teams stalwart. Colon is buried on the depth chart.

Oliver was the most surprising player to stick on the roster after his undistinguished performance last year and in the preseason.