Todays Though > News > Where might Baltimore strike in bid for ‘liftoff’? – Boston Herald
News

Where might Baltimore strike in bid for ‘liftoff’? – Boston Herald 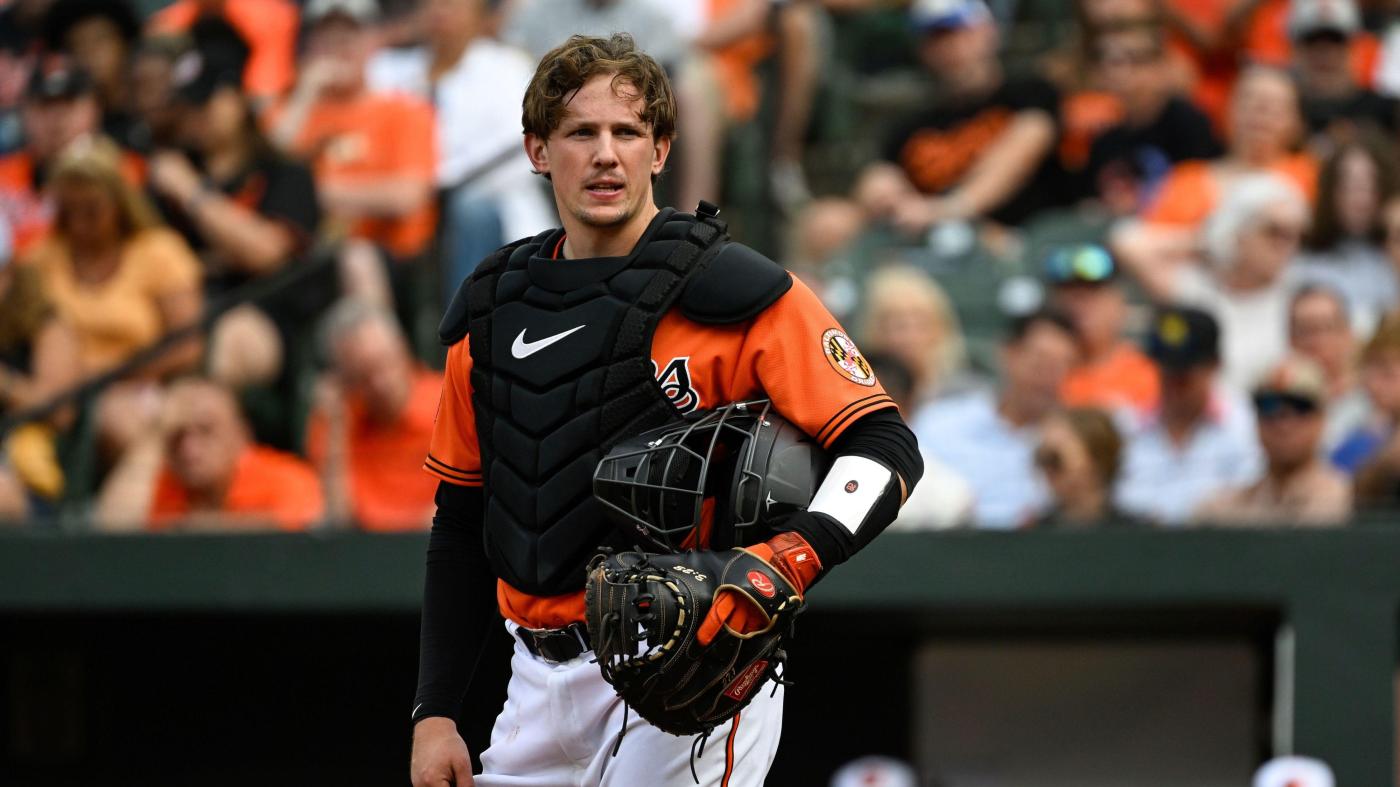 Orioles executive vice president and general manager Mike Elias is in Las Vegas for MLB’s General Manager Meetings, taking the first steps in an offseason in which he will attempt to back up his post-trade deadline promise of “liftoff from here” for the organization.

Moves to this point have been minor, a byproduct of a quiet period through the postseason and shortly afterward. Waiver claims pushed the Orioles’ 40-man roster to six catchers, but it’s quickly reduced down to two, with Anthony Bemboom and Cam Gallagher both officially outrighted Tuesday; while Bemboom accepted his assignment to Triple-A, Gallagher elected free agency. With catcher Robinson Chirinos, second baseman Rougned Odor and first baseman Jesús Aguilar also reaching free agency, Baltimore’s 40-man roster has six openings. That number figures to change by Thursday, when the Orioles have to activate left-hander John Means from the 60-day injured list and decide whether to pick up right-hander Jordan Lyles’ $11 million team option.

That’s also the day MLB free agency begins in full, with players able to sign with organizations other than their previous teams. The Orioles are expected to be active in that area for the first time in Elias’ four-year tenure. The GM has said the team plans to increase payroll, but not by how much or exactly where on the roster he’ll look to do that.

“It’s not something obvious, that I think we’re going to target a certain position,” Elias said at the end of the regular season. “I think we’re going to look at any and all ways to improve our chances of making the playoffs within the budget that we’re going to be working with, and that’s going to depend on what the market gives us, and I think there are a number of areas where we could supplement this team, so I don’t have a specific prediction about which position any major league acquisitions are going to going to come in.”

That said, here’s a look at the Orioles’ clearest needs as free agency approaches and who might be available to address them.

The Orioles’ rotation was an unexpected strength late in the year, with the group offering far more length and consistency than it did at any point in manager Brandon Hyde’s previous three seasons. But even if Baltimore retains Lyles, it will be an inexperienced group that, until Means returns, lacks an established top starter. Adding at least one in free agency would not only deepen the staff but better position it for a run come the postseason.

Several premier arms are available, including Jacob deGrom, Clayton Kershaw and Carlos Rodón, with Justin Verlander expected to join the group if he declines his player option with the Houston Astros. There’s another large group of starters who would upgrade Baltimore’s rotation, including Nathan Eovaldi, Chris Bassitt and Tyler Anderson.

As Elias noted, the Orioles lack an obvious position of need; the case could be made for each incumbent to retain his spot in 2023. But most could also be improved upon in some fashion, with Baltimore’s overall offensive needs being improved plate discipline and success against left-handed pitching. Luckily for the Orioles, most top free agent hitters fit are right-handed, though it’s fair to question their interest in coming to a ballpark now designed to suppress their power.

New York Yankees outfielder Aaron Judge is the unanimous top free agent, but it’s for now hard to imagine the Orioles making that kind of investment, and he’s notably not a fan of Camden Yards’ new left field dimensions. Each of the big four shortstops available — Trea Turner, Carlos Correa, Xander Bogaerts and Dansby Swanson — could be a fit for the Orioles. But it’s unclear how high “liftoff” will take the team’s payroll, and plenty of other options are available if Baltimore doesn’t aim for the top.

In 2022, Baltimore showed there are many ways to build an effective relief corps, with a collection of waiver claims and castoffs posting a 3.49 ERA that ranked as the ninth best among major league bullpens. But the group showed signs of wear as the season went on, especially in the wake of closer Jorge López being traded to Minnesota. Thrust into a larger role, Joey Krehbiel struggled to the point of a demotion. Although he continued to perform well after replacing López as closer, Félix Bautista dealt with arm fatigue late in the year as his heavy usage caught up to him. With regression also a possibility, adding another reliable and trustworthy arm to Hyde’s options would be beneficial while not requiring pursuit of the top backend relievers.

When Adley Rutschman was their starting catcher, the Orioles went 50-34. They were 33-45 otherwise. Although Rutschman served as Baltimore’s designated hitter in many of those games, the Orioles clearly took a step back when he wasn’t behind home plate and a spot in the lineup had to be devoted to a different catcher. Finding a backup who can make an impact with the bat would be nice, but it would be satisfactory to find one serviceable defensively, given Robinson Chirinos ranked as baseball’s worst framing catcher, according to Baseball Savant, and was third worst among players who caught at least 500 innings in Defensive Runs Saved, according to FanGraphs.

Willson Contreras is clearly the top catcher on the market and has ties to Hyde from their time with the Chicago Cubs, but signing him to tandem with Rutschman would limit Hyde’s flexibility with the DH spot. If defense is the priority, Christian Vázquez, Omar Narváez or Austin Hedges could be a fit, while seeking the greatest offensive impact beyond Contreras might lead to Gary Sánchez or Mike Zunino, both low-average, homer-happy types.