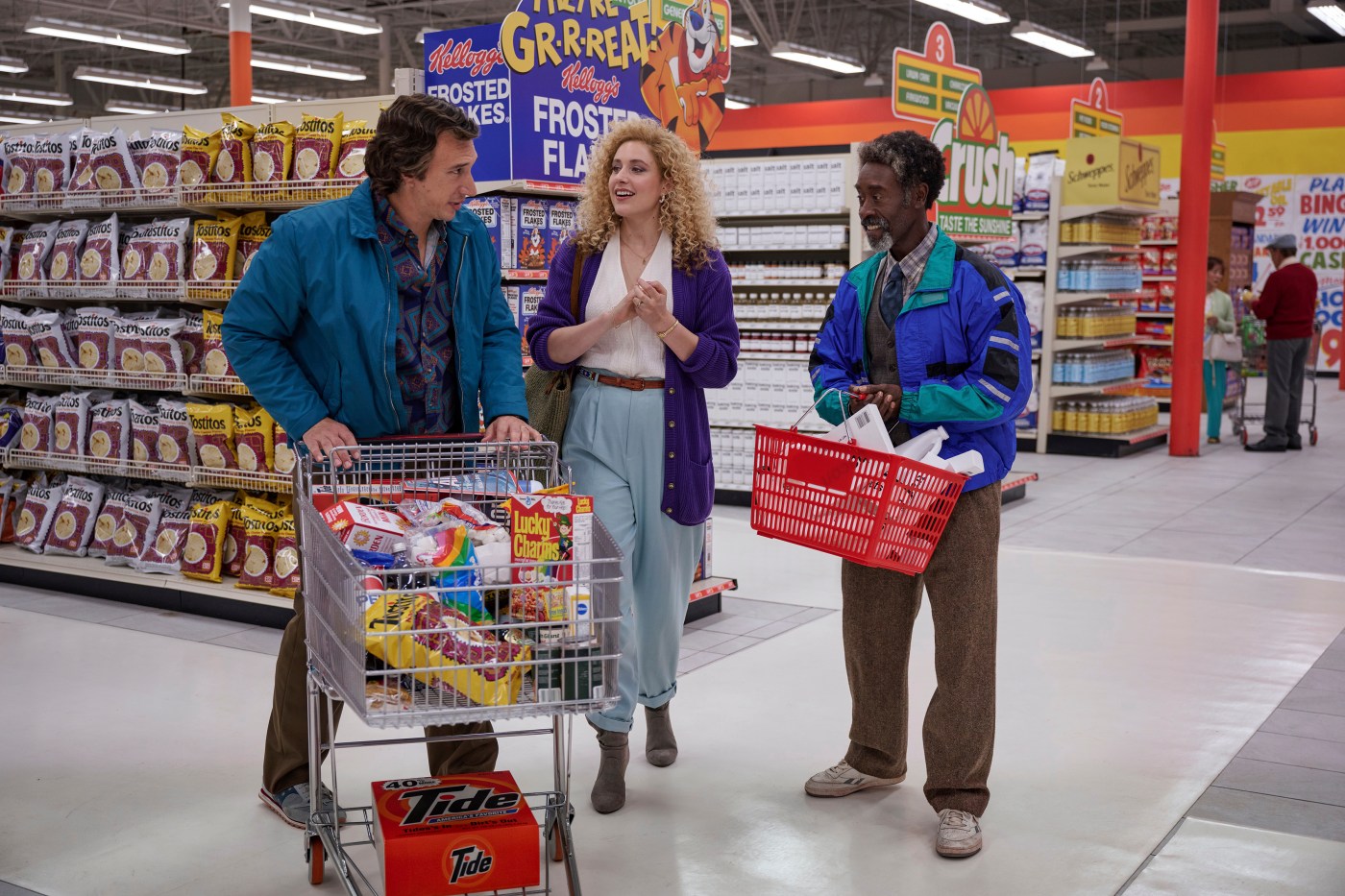 Almost two decades in development, “White Noise,” a film adaptation on the acclaimed 1985 novel by American author Don DeLillo (“Libra”) arrives, and it is probably doomed at the box-office, in spite of being one of the most relevant, personal and accomplished films of the year.

Like Alejandro Inarritu’s semi-autobiographical “Bardo: False Chronicle of a Handful of Truths,” “White Noise” is going to vex a lot of viewers with its blocks of overlapping dialogue that come across as Robert Altman 2.0 and its at times queasy mix of family comedy, horror and satire. Example: The film opens with the words, “Okay, roll film.” We are in a class at the College-on-the-Hill somewhere in the Midwest. Cheroot-smoking Professor Murray Siskind (Don Cheadle) is showing students clips of car crashes from American films and explaining how such violence can be “innocent and fun.”

Get ready for a lot more innocent and fun stuff. We meet Jack Gladney (Adam Driver), a “Hitler Studies” master, who may be the college’s most prominent figure, his wife Babette (Greta Gerwig), who teaches “posture classes,” and their “blended” family, featuring four children. Meanwhile, a half drunk tanker-trailer driver crashes into a nearby train carrying more tanker trailers, causing a chain-reaction catastrophe that could kill people exposed to its noxious cloud.

Directed by Noah Baumbach (“Marriage Story,” “Francis Ha”), who is Gerwig’s creative and personal partner, “White Noise” is the sort of personal, cautionary film, taking a hard look at fractured families and our crisis-stricken country that we need more of. It is eerie how much of the film’s plot resembles a world facing a climate crisis event. Denise (Raffey Cassidy) one of Babette’s daughters from a previous marriage, believes that Babette is abusing a prescription drug called Dylar. The film’s color scheme (and wallpaper) could give you a contact high. Siskind, who is Jack’s best friend, feels obliged to remain in professor mode while visiting the local A&P (remember those?). Babette’s hair, a mass of blonde curlicues, is one of the film’s most memorable characters. She worries about who will die first, she or Jack, while Jack, who is frequently clad in his college teaching gown, struggles finally to learn to speak German, something he should have accomplished long before.

Like the novel, the first section of the film is subtitled, “Waves and Radiation.” Jack and his colleagues, including chemist Winnie Richards (Jodie Turner-Smith), engage in whip-smart conversations that are part combative comedy routines. While the news services struggle with what to call the toxic cloud (“feathery plume?”) created by the accident, Jack, Babette and the children pile into the family station wagon (remember those?) and head for a nearby Boy Scout camp, while an early model SUV crashes into cars lined up on the gridlocked highway.

The catastrophe has the ring of something out of a Stephen King story (it was; it was called “The Mist”). Jack’s attempts to get to the bottom of the Dylar issue uncover a marital indiscretion. Babette has become involved with covert drug trials and the man handling the drugs. Someone gives Jack a small-caliber pistol. The film’s conclusion will involve a German-speaking nunnery/emergency room. We’re back at the A&P at the end for a dance of life to the tune of LCD Soundsystem’s catchy “”New Body Rhumba.” Okay, roll film.