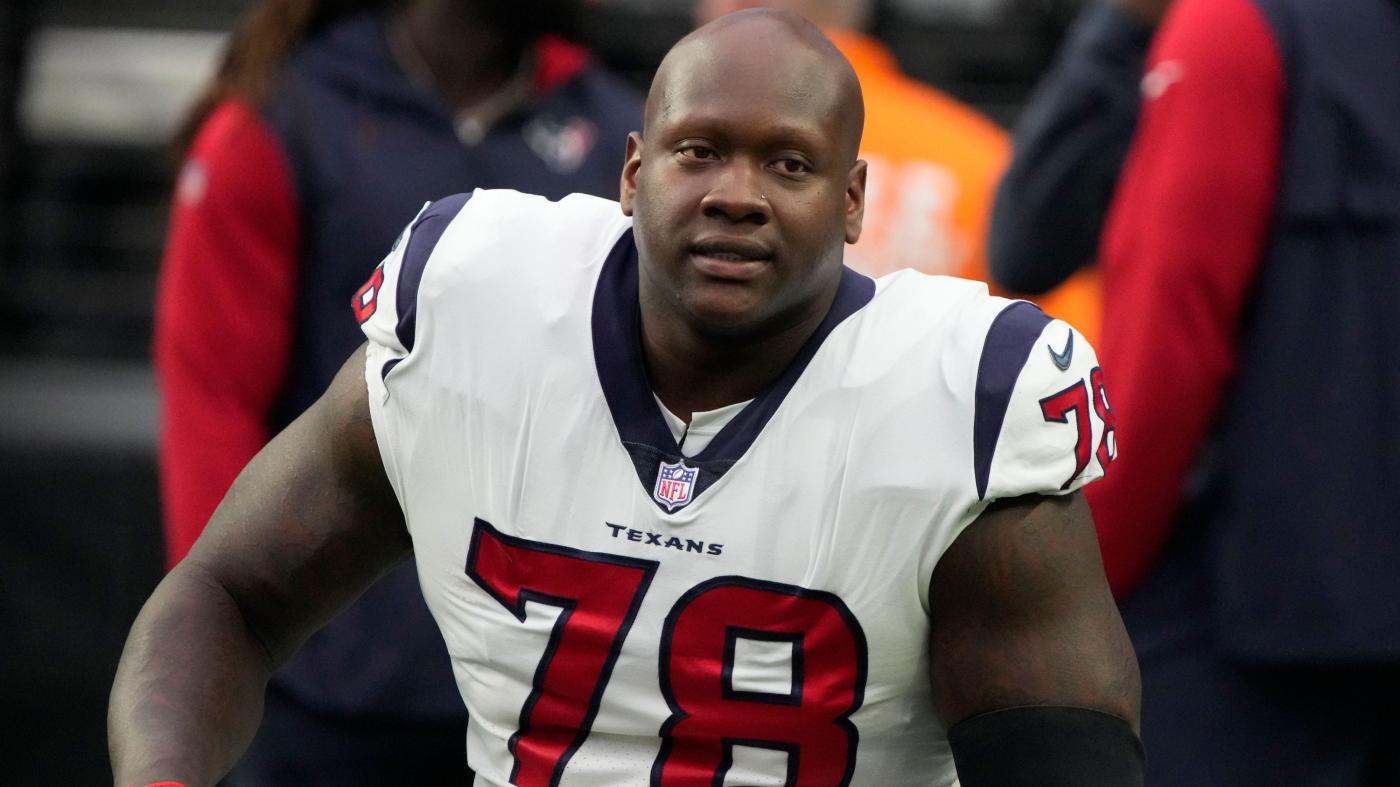 When the Dolphins run: Miami is coming off a season-best 195 yards rushing in their dominant victory over the Cleveland Browns that preceded the bye week. Jeff Wilson Jr. has gotten himself incorporated into the Dolphins run game incredibly quickly since the trade at the deadline. His 119 rushing yards in his second game with Miami is a season-high individual rushing performance on this team.

Miami is moving defenders at the line of scrimmage with every member of its offensive line, anchored by Terron Armstead at left tackle. Robert Jones at left guard and Brandon Shell at right tackle have been solid since each’s insertion into the line, complementing the already-reliable right guard Robert Hunt and Connor Williams at center. Austin Jackson’s return could make for an interesting decision for Dolphins coaches in potentially breaking up the current momentum on the line.

The Texans have the NFL’s worst run defense. They’ve only held an opponent under 100 rushing yards once, and they’ve surrendered performances of 281 and 314 rushing yards to the Bears and Titans, respectively. With five of their six top tacklers being defensive backs, it shows how often opponents get to the second level against Houston. Edge: Dolphins

When the Texans run: A rare bright spot for Houston this season has come in rookie running back Dameon Pierce. He has been a workhorse for the Texans, averaging 17.5 carries per game. He has 780 rushing yards on the year for a 4.5 yards-per-carry average. Pierce was just held to his worst performance of the season, though, 8 yards on 10 attempts against the Washington Commanders.

The Dolphins’ run defense ranks middle of the pack, No. 16 in the NFL, but that number has been skewed by the yards on the ground they’ve given up to mobile quarterbacks like the Bears’ Justin Fields and Ravens’ Lamar Jackson. Against running backs and the traditional run game, Miami has been outstanding, as evidenced by holding star Cleveland running back Nick Chubb to 30 yards on 10 carries aside from his 33-yard touchdown once Miami led by multiple scores. Edge: Dolphins

When the Dolphins pass: Quarterback Tua Tagovailoa has strung together the best three outings of his career in succession, posting a passer rating of 135.0 or greater against the Lions, Bears and Browns. Throwing three touchdowns and no interceptions in each of those three games, that’s a 9-to-0 touchdown-to-interception ratio over the stretch.

The league leader in quarterback rating has spearheaded the No. 2 passing attack in the NFL. Star wide receiver Tyreek Hill maintained his league lead in receptions (81) and receiving yards (1,148) on the bye week as Minnesota’s Justin Jefferson was held in check last Sunday. Meanwhile, Jaylen Waddle’s 878 receiving yards rank fifth in the NFL. Miami’s offensive line has also kept Tagovailoa clean since his return from concussion.

Armstead will have to contain 34-year-old veteran Jerry Hughes on the edge. He’s on pace for a career high in sacks, already with eight to this point in the season for coach Lovie Smith’s defense. The Houston secondary has potential in the future with standout rookies in cornerback Derek Stingley Jr., the past draft’s No. 3 pick, and second-round-selected safety Jalen Pitre. Edge: Dolphins

Brandin Cooks is a prime deep threat in the NFL, but he has underwhelmed with 39 receptions for 461 yards and one touchdown. Houston has gotten more efficiency out of second-year wideout Nico Collins, who has 28 catches and 402 yards on 47 targets, compared to Cooks’ 66. Former Dolphins tackle Laremy Tunsil should curtail the Miami pass rush on the left side, but the Dolphins will take that considering all that has come from the draft picks they received by trading him to Houston in 2019.

Edge defender Bradley Chubb plays his third game for Miami since the team acquired him as he, Jaelan Phillips, Melvin Ingram, Andrew Van Ginkel and others could form a fierce pass rush despite the loss of defensive end Emmanuel Ogbah for the season. Look out for cornerback Xavien Howard after getting rest during the bye week after his groin injuries limited his effectiveness the first half of the season. Edge: Dolphins

Special teams: The Dolphins continue to be plagued by special teams blunders and mishaps. The latest slip is with Jason Sanders missing two extra points last time out against Cleveland, which made for a third short kick missed in the past two games for him. Miami also gave up the 48-yard return on the opening kickoff. The Dolphins have been fine in the punting game but didn’t even have to use it against the Browns.

The Texans have Ka’imi Fairbairn kicking, and he has made 18 of 20 field goal attempts and all 15 extra points. Cameron Johnston is their punter, and they have Desmond King, who was an All-Pro in 2018 with the Chargers, returning punts. Edge: Texans

Intangibles: The Dolphins are rested coming off the bye week and playing at home. Their last time out, they played their most complete game of the season in the 39-17 win over the Cleveland Browns. The Texans are vying for the No. 1 pick in the 2023 draft with the worst record in the NFL.

Houston just made a quarterback change with Mills underperforming. Miami is a double-digit favorite for a reason and should get another tuneup before the challenging December swing. Edge: Dolphins