Todays Though > News > Who will be Mac Jones’ leading receiver? – Boston Herald
News

Who will be Mac Jones’ leading receiver? – Boston Herald 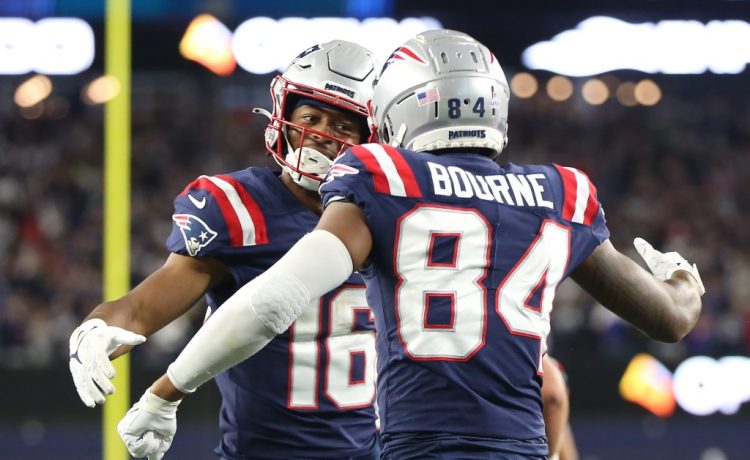 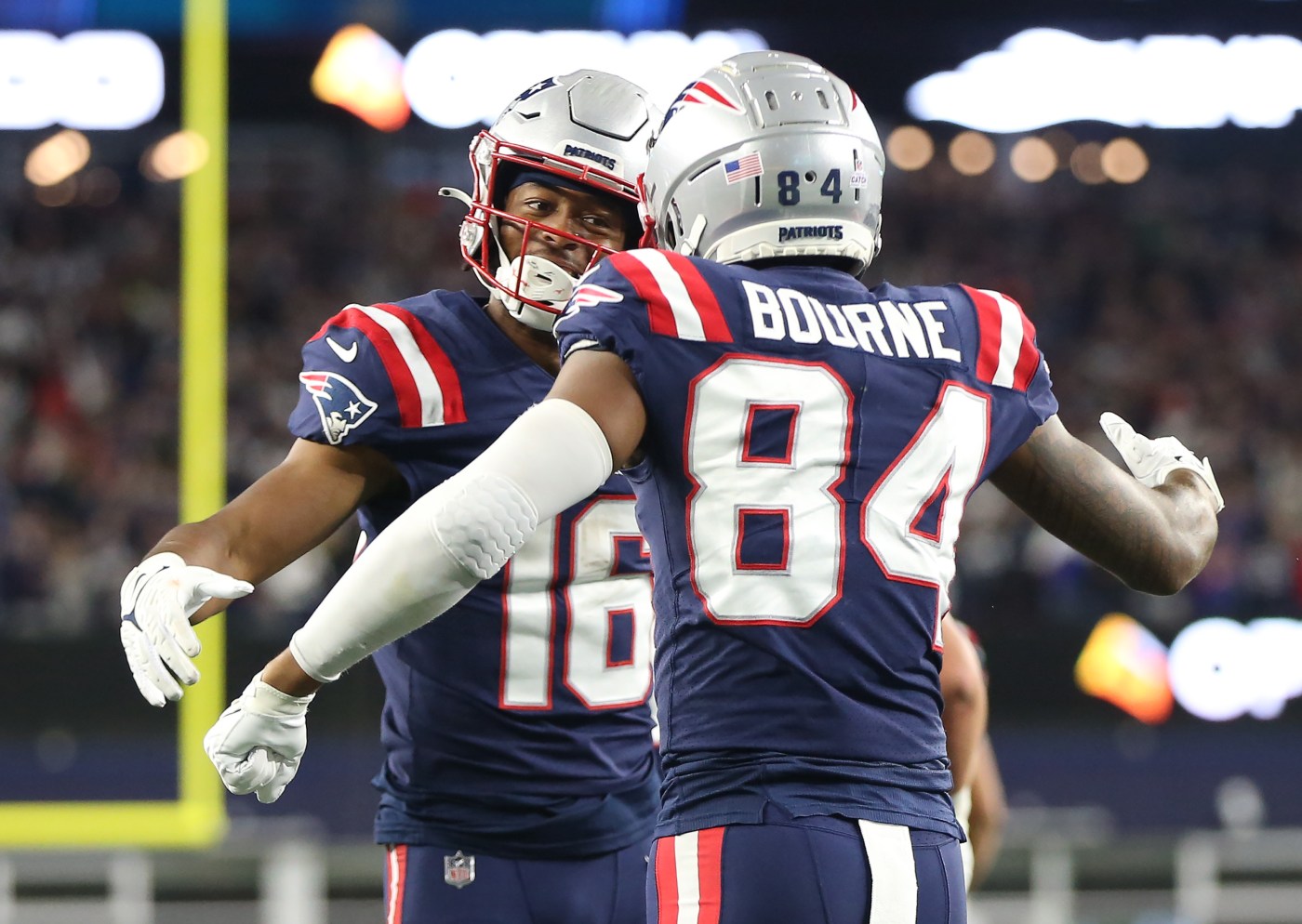 The Patriots’ leading receiver the past two seasons is a former college quarterback who could fairly be described as the team’s third-best wideout right now.

So could Jakobi Meyers manage a three-peat in 2022? Actually, yes.

The Pats’ wide receivers are one of, if not the most, competitive position groups on the roster. Kendrick Bourne finished 55 yards behind Meyers’ team-leading 855 last season and could take another major leap. Nelson Agholor is a prime bounce-back candidate, too, while DeVante Parker just arrived via trade as the team’s presumed No. 1.

So when all is said and caught, who will the Patriots’ leading receiver be this season?

Callahan: Give me Meyers. Injury concerns take DeVante Parker off the board. He’s averaged fewer than 13 games played per season the last four years. No such concerns with Meyers, who played in all 17 last season. Meyers has a clearly defined role in the slot, where he doesn’t face much competition unlike Parker, Nelson Agholor, Kendrick Bourne and Tyquan Thornton who will be fighting snaps outside. It’s hard to bank on Bourne — or any veteran — posting a second consecutive career year, so expect small regression there. Meanwhile, Meyers is entering just his fourth NFL season and sixth ever playing the position. He’s the pick.

Guregian: Yes, Meyers is the logical choice given he was Mac Jones leading man last year. But I’m going with Bourne. And it’s not hard to bank on him at all. Why? Because toward the end of the season, he really started to ascend as a player Jones went to and trusted on third down and in key situations. Beyond that, he’s much more explosive than Meyers in terms of gaining yards after catch, and he can line up anywhere, so fighting for snaps really isn’t an issue. He also sounds comfortable with the “new” system the Patriots are supposedly switching to, so it’s easy to see him topping his career year last year. Bourne’s the guy.

Callahan: But what if Parker, a better player when healthy, starts ahead of Bourne? Bourne managed just five starts last season, while Meyers started 16 of 17. Or what if Agholor plays up to his career average and finishes with 600-700 more yards? Those won’t come from the slot, but the outside where Bourne needs his snaps. Same with the rookie Thornton. Meanwhile, Meyers finished with the fifth-highest win rate against man coverage last season, per Player Profiler, at 45.7%. Bourne? He was 31st at 37.8%. And the Pats see more man-to-man than anyone.

Guregian: Did you watch Bourne at the end of the season? Specifically, in the playoff loss to the Bills? He was Mac’s guy in the most important game of the year. He had seven catches, 77 yards and two touchdowns. In the mix was a 43-yard reception. And, given some remarks by Bourne during the offseason, it sure seems like the Patriots are going to employ him in a Deebo Samuel-type role. So whether it’s Joe Judge, Matt Patricia or Bill Belichick calling the plays, they want to get the ball in his hands to better utilize his skillset. Even with Agholor and Parker, Bourne is still going to get his touches, and he’s going to gain a ton of yards in the process.

Callahan: Rushing yards are great, but we’re talking receiving yards here. And sure, Bourne thrived in that one game, a blowout loss. He also averaged fewer than three catches per game in the previous five. He might even be a better receiver than Jakobi Meyers, but we haven’t seen the best yet of Meyers, who nonetheless established a chemistry with Jones faster than anyone. He had one game with fewer than four catches last season. Bourne had nine! Meyers is younger, with a better overall track record statistically and against man coverage.

Guregian: Who says we’ve seen the best of Bourne? He’s only one year older than Meyers. And Meyers likely established a chemistry with Jones faster than anyone else because he knew the offense. It was Bourne’s first year in it. All that being said, here’s some numbers. Meyers had 866 yards on 83 catches. Bourne? He had 800 yards on just 55 catches. He nearly passed Meyers’ yards total, with 28 less catches. Want more? Meyers may have led the team with a dozen catches of 20 yards or more, but he had no catches that went for 40-plus yards. Bourne? Ten catches of 20-plus, and five catches 40-plus. He will pass Meyers this season. It makes sense.

Callahan: But how many receivers have you seen have a career year in Year 5 like Bourne did? And then improve on that season the next year? That’s what Bourne will be attempting: becoming an historical outlier. From this view, his numbers increased because of his own hard work and the poor in-house competition he faced or snaps on the outside. Bourne’s competition goes up this year with Parker and Thornton, not to mention a surely motivated Agholor. Meyers, meanwhile, owns his role in the slot. I bet Meyers and Bourne finish No. 1 and No. 2 again in receiving yards, and you admitted right away Meyers was the logical choice. He’ll be No. 1.

Guregian: Historical outlier? Stefon Diggs set career highs in yards and TDs his fifth year with the Vikings. He topped those marks the following year in Buffalo. Then the year after, he topped his TD mark. That’s one that immediately came to mind. So it’s not impossible. Second, it’s more the norm now for receivers to improve because it’s an offense and quarterback-receiver driven league. If you have a talented receiver with the skillset of Bourne, chances are, the numbers will get better each year. It’s really not all that outlandish to think he’ll be better his second year with a new team. Bottom line, logic doesn’t necessarily mean Meyers is the correct choice. Bourne will be the new No. 1. Count on it.