Todays Though > News > Who will lead the offensive coaching staff? – Boston Herald
News

Who will lead the offensive coaching staff? – Boston Herald 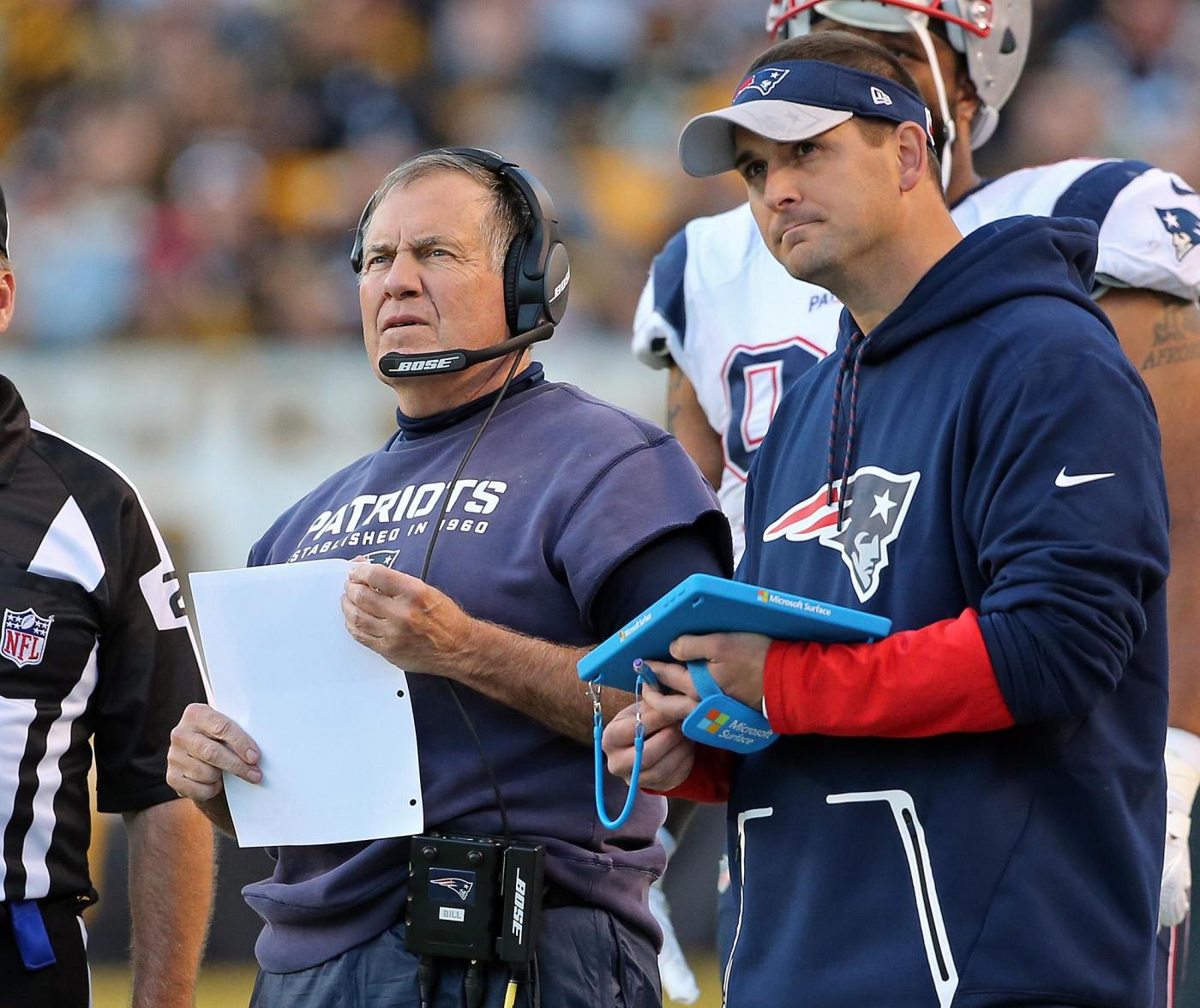 Each day leading up to the start of camp, the Herald will explore one of the biggest questions facing the Pats this summer. Several pertain to the defense, which lost longtime starters J.C. Jackson, Kyle Van Noy and Dont’a Hightower this offseason. Other questions cover the offense and coaching staff, which underwent a major makeover after Josh McDaniels left for Las Vegas.

Once the Patriots hit the practice field, here’s what they must learn before the season kicks off at Miami Sept. 11.

No. 9: Who will lead the offensive coaching staff?

Ever since Josh McDaniels left for Las Vegas, the stories swirling around the Patriots offense have been defined by one question.

Who will replace him?

Maybe it’ll be Joe Judge. Or perhaps Matt Patricia. Or a combination of both, with Bill Belichick serving as a guiding hand behind the scenes.

Quickly, the offseason media focus zeroed in on McDaniels’ old play-calling duties, and whether Judge or Patricia would wrestle them away come September. But what that focus missed is there are six other days of the week the Patriots will need to replace McDaniels; the days when he game-planned, led meetings and logged hundreds and hundreds of hours with Mac Jones.

Once offseason practices opened in May, Judge worked primarily with Jones and the Pats’ pass catchers, while Patricia coached the offensive line and running backs. That spawned a short-lived theory the Patriots are employing co-coordinators. The run game/pass game coordinator theory was shot down by The Athletic’s Jeff Howe, who reported in June that early signs point to Patricia eventually assuming play-calling duties, just as he did in every 11-on-11 period of minicamp.

But what now? What now in mid-July, as the coaching staff installs a “streamlined” offense? Who’s in charge?

Muddying the picture for the public and their opponents is a benefit to the Patriots, who will play the division rival Dolphins in Week 1 and are established experts in secret-keeping. But there are risks to creating so much uncertainty. Think any classic Belichick game plan.

Fooling an opposing quarterback with complex disguises pre-snap carries great value until defenders get lost in the disguise and can’t execute their assignments post-snap. Because at that point, the coverage busts. If offensive players are unclear which coach they should report to or who’s leading their unit deep into training camp – be it Judge, Patricia or Belichick – that could stall the offense’s progress.

Because as the Pats went 1-4 down the stretch last year and their defense crumbled, rumblings about the defensive staff having too many cooks in the kitchen grew louder; rumors one Patriots staffer gave some credence to this offseason while speaking with the Herald.

As for the 2022 season, so long as the Pats’ starting corners are Jalen Mills and one of Malcolm Butler, journeyman Terrance Mitchell or rookie Jack Jones, the offense will carry this team. That means Mac Jones, Damien Harris, Hunter Henry and McDaniels’ replacement shouldering the load.

On the surface, Judge would be a sensible choice to since he’s coaching Jones, and he was reportedly set to replace McDaniels in 2018 before McDaniels U-turned from taking the Colts’ head coaching job. That is, unless Belichick takes over, which would require handing the defensive keys entirely to his son, Steve, the defensive play-caller and inside linebackers coach Jerod Mayo. But is he prepared to do that considering the lack of defensive talent on his roster and the poor finish last year?

Based on Belichick activity during spring practices, the answer is yes. Belichick spent most periods with the offense, getting as hands-on as any other coach on his staff. But who knows how long that will last. That’s for Belichick to determine and the players to learn as soon as possible, all while keeping the public in the dark as long as they reasonably can.