Who will win Sunday’s Week 11 game in Baltimore? – Boston Herald 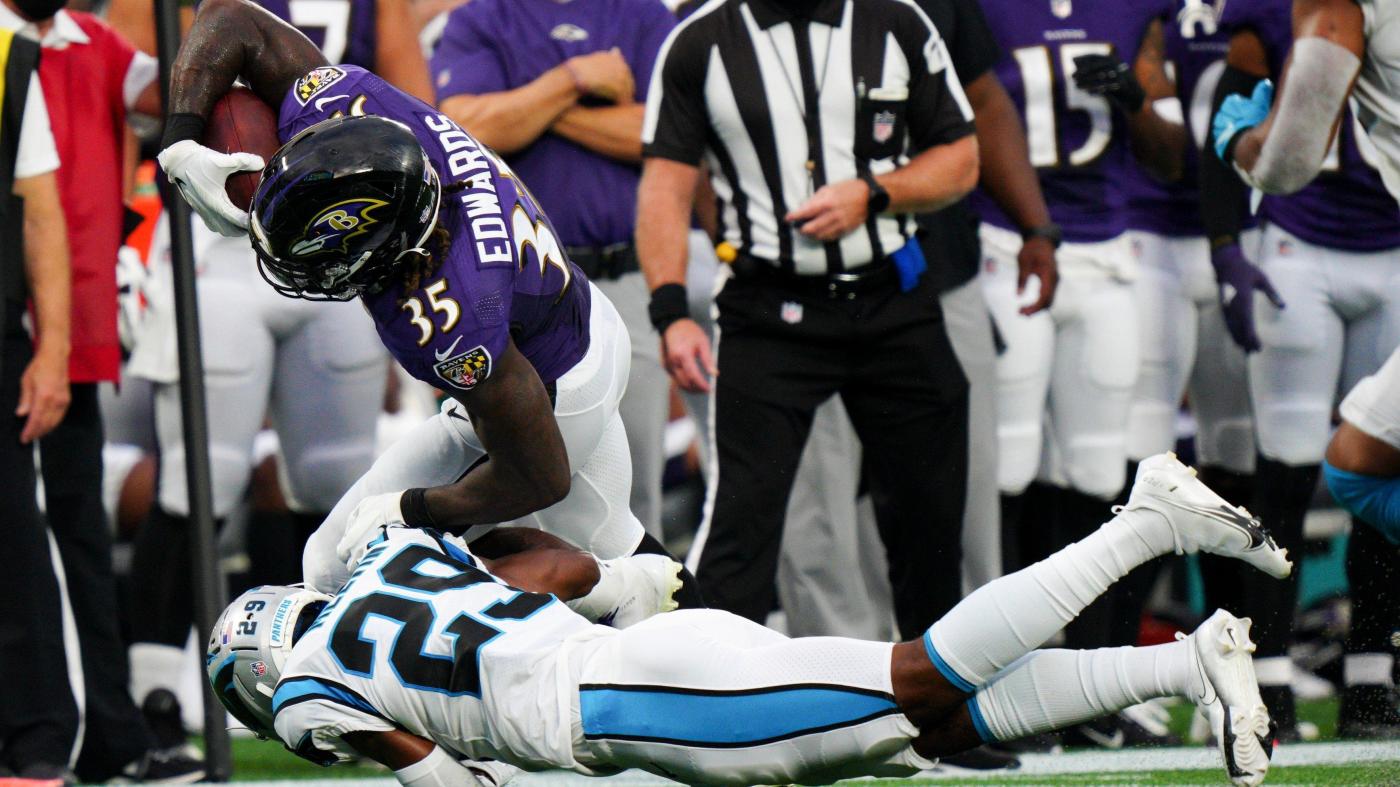 Here’s how The Baltimore Sun sports staff views the outcome of Sunday’s Week 11 game between the Ravens (6-3) and Carolina Panthers (3-7) at M&T Bank Stadium:

Ravens 28, Panthers 13: A blowout could be a tone-setter for the second half of this season, but the Ravens should win with even with the most conservative of game plans. Baker Mayfield is one of the NFL’s worst quarterbacks. Carolina’s banged-up defense will likely be missing several starters. Christian McCaffrey’s on the West Coast now. There are mismatches across the field, and the Ravens have the depth to take advantage.

Ravens 30, Panthers 17: Carolina is one of the worst teams in the NFL and also one of the most penalized. That’s not a good combination for a team looking to pull off an upset. If the Ravens avoid turnovers, they should have this game wrapped up by the fourth quarter.

Ravens 30, Panthers 16: The Ravens opened as double-digit favorites for a reason. It’s difficult to identify a path to victory for the Panthers, who will travel to Baltimore with a bottom-10 defense and the league’s worst quarterback so far this season in Baker Mayfield. The Ravens will not give Carolina much room for hope as they begin their push for a high playoff seed.

Ravens 31, Panthers 17: The Ravens went into the bye week on a high note, winning three straight games. I’m expecting Baltimore to continue its momentum. The Ravens’ defense will continue to make strides, giving quarterback Baker Mayfield all kinds of trouble. After the Ravens totaled 188 rushing yards against the Saints, they should have another quality game on the ground.

Ravens 28, Panthers 16: No matter which stat you prefer — expected points added, completion percentage over expected, number of awkward commercials — Baker Mayfield rates as the worst quarterback in the league this season. It’s quite a stunning fall from grace for the former top draft pick, and things might only get uglier Sunday. Even during a season in which the gap between the best and worst teams feels pretty small, the well-rested Ravens should have no trouble rolling to victory.

Ravens 38, Panthers 14: This looks like one of the most lopsided matchups of the week. The Ravens are coming off a bye week during which they got much healthier at key spots, and they are simply more talented than the Panthers in every facet of the game. The Panthers are turning to Baker Mayfield at quarterback, who has only turned heads in Carolina for all the wrong reasons on the field. Quarterback Lamar Jackson and Baltimore should run through, over and around the Panthers for an easy victory.