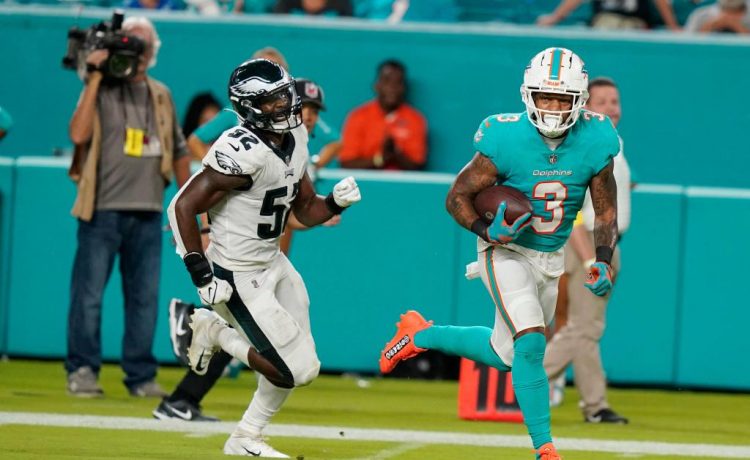 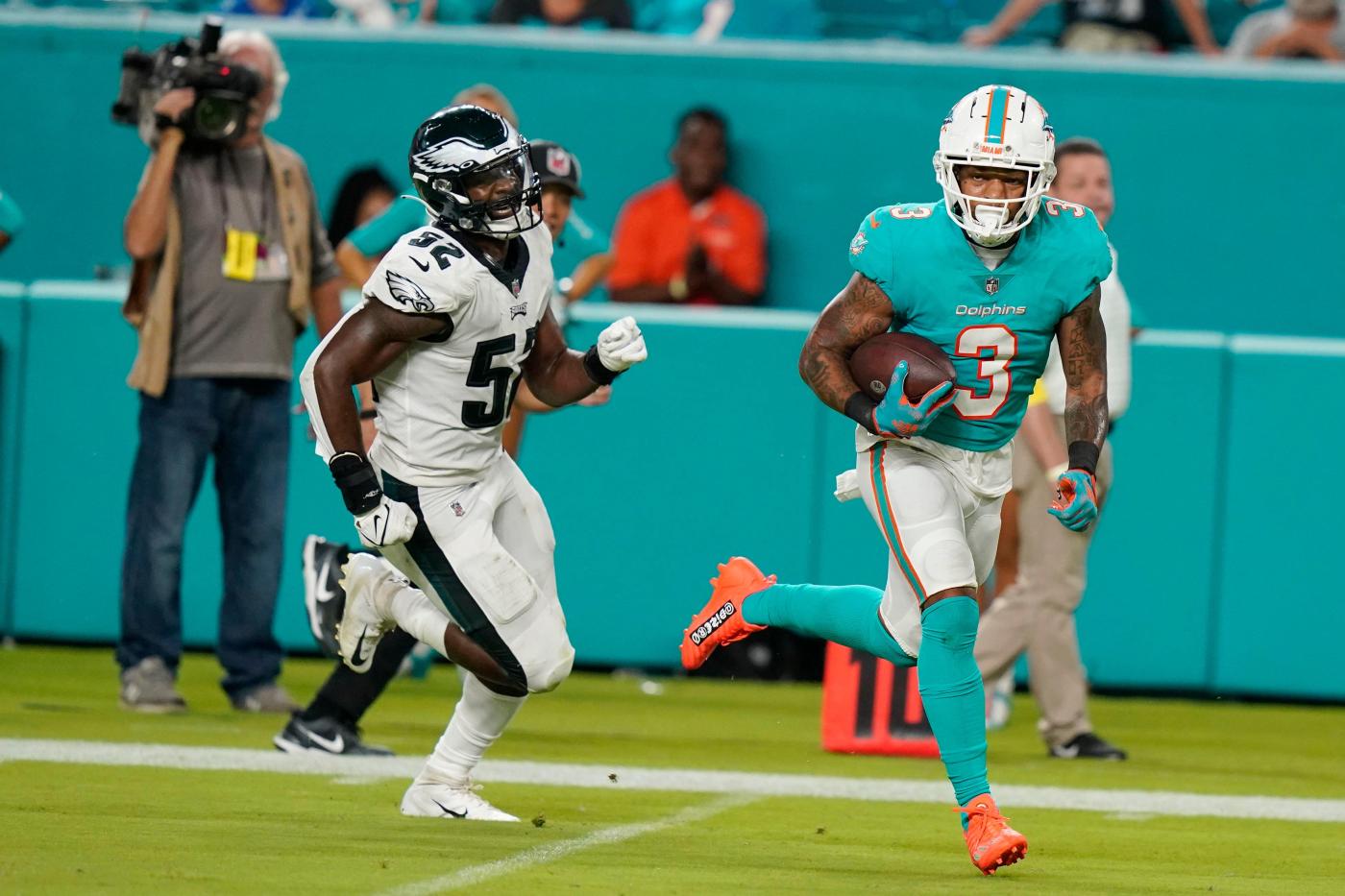 The Miami Dolphins finalized their initial 53-man active roster on Tuesday well ahead of the NFL’s 4 p.m. deadline. After making 13 roster moves on Monday, general manager Chris Grier and coach Mike McDaniel agreed on 13 more cuts, along with two other moves, to reach the necessary number on Tuesday.

Cornerback Byron Jones was not activated off the physically-unable-to-perform list, causing him to miss the regular season’s first four games while not taking up a roster spot. Outside linebacker Brennan Scarlett was placed on injured reserve.

Bowden, Cracraft, Scarlett, Gustin and McKinley were among players on the roster cutoff line vying for the final few spots on the team. Williams has been on the team’s active roster the past three seasons but was the subject of trade rumors in camp.

Some of the final spots on the 53 were held on to by undrafted rookies in tight end Tanner Conner, out of Idaho State, and cornerback Kader Kohou, from Texas A&M-Commerce.

“He improved every day. He worked hard, a smart kid,” Grier said of Conner. “He really wants to improve his craft, wants to play in the NFL. It’s been fun watching him take to the coaching, and he’s done a great job.”

Grier added that Conner’s injury that has kept him out for two-plus weeks with a brace on his left knee won’t require an injured reserve stint.

Said McDaniel of Kohou: “He’s a competitor, man. That’s the one thing that was obvious. It’s also obvious to all of us early when the game’s not too big for you. … The jump in level of play is real, but he, from the onset, let it be known through his play that this is not too big of a stage for him.”

Rookie quarterback Skylar Thompson, whom the Dolphins selected in the seventh round of this year’s draft, was kept as a third quarterback behind Tua Tagovailoa and Teddy Bridgewater after an impressive training camp and preseason.

The Dolphins have four running backs making the team with Myles Gaskin and Salvon Ahmed still on the roster behind Chase Edmonds and Raheem Mostert — that in addition to fullback Alec Ingold. Miami has five wide receivers, five tight ends and eight offensive linemen on the roster.

“The process was brutal,” said McDaniel of deciding on cutting veteran Sony Michel on Monday while ultimately keeping Gaskin and Ahmed. “That competition was real.”

Bowden is a 2020 third-round pick of the Las Vegas Raiders who was traded to the Dolphins ahead of his rookie season and flashed for 28 receptions and 211 yards late in the year. After spending 2021 on injured reserve, he was coming back with a strong preseason this year, scoring touchdowns in exhibitions against the Tampa Bay Buccaneers and Philadelphia Eagles, but it wasn’t enough to make it in a deep wide receiver corps.

Williams, on the other hand, underwhelmed with his performance throughout camp and the preseason after going for 787 yards on 56 receptions and seven touchdowns over the past three seasons in Miami as an undrafted free agent out of Colorado State. Multiple teams reached out about a possible trade for Williams, according to the NFL Network.

Scarlett, Gustin and Goode all likely had their spots affected by Miami’s Monday signing of veteran Trey Flowers at the position. Scarlett was a member of the active roster last season but missed time during training camp with an undisclosed injury that has now put him on season-ending IR. Goode was a seventh-round draft pick of the team this year, and Gustin had a strong camp after spending time on the Cleveland Browns’ 53-man roster each of the past three seasons.

Kindley was a fourth-round pick of the Dolphins in 2020. He started 13 games as a rookie, but he first lost his starting role in 2021, when he only saw action in two games. Under McDaniel, the Dolphins are shifting to a wide-zone blocking scheme that requires a level of athleticism from blockers that the 340-pound lineman didn’t possess. Diesch was an undrafted rookie out of Arizona State who received $140,000 guaranteed to secure he signed with the Dolphins after the draft. With Coleman out, tackle Greg Little earned the final lineman spot after a solid outing in the preseason finale that followed two weeks of missed practice.

McKinley was an undrafted rookie out of Oregon, where he was teammates with standout Dolphins second-year safety Jevon Holland. He showed flashes of his ball-hawking abilities on the back end during camp.

Veteran nose tackle John Jenkins again makes the team as Raekwon Davis’ backup after the cuts of Jones and Stille.

Players cut but not picked up by other teams for their active rosters can be kept on the Dolphins’ 16-player practice squad.