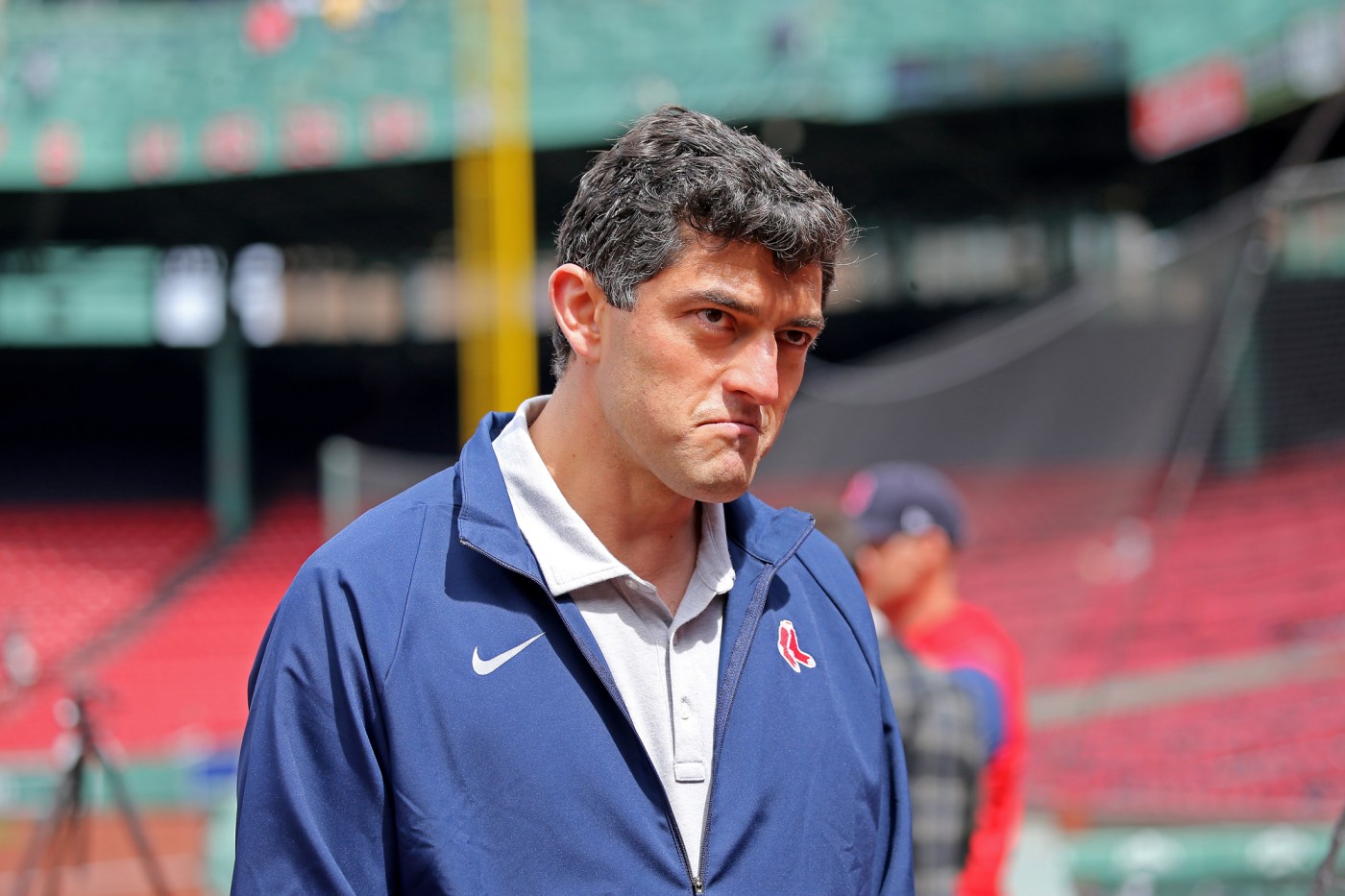 Welcome to Kvetch of the Day, your chance to ask us your burning questions. Today we touch on the Bruins, Patriots and Red Sox. Let’s do this.

MikeyG thinks the Bruins will rue letting Bruce Cassidy go: “Please add me to the list of we won’t win a Cup until the Don Sweeney-Cam Neely combo is finally gone. I hope Bruce Cassidy wins the Cup right away. As a Bruins fan there’s not much to look forward to … Jack Studnicka, or retread David Krecji (7 million) returning or another cast-off to the rescue? And now a new coach who will be compared throughout with Cassidy… Boston fans know a raw deal when they see one.

Bruins beat writer Steve Conroy responds: “I don’t like how the Cassidy firing went down much more than most fans did, but whether or not it was the right move is still to be determined. Cassidy set a high bar for Jim Montgomery, but it’s anyone’s guess as to whether even Cassidy could have kept up his .672 points percentage. Six years is a pretty good run in the NHL and at some point, the effectiveness wanes. We’ll soon find out if the relationship ended too soon, or just at the right time.

Sweeney and Neely took a beating when Claude Julien was fired, too, but it turned out they took too long to drop the axe in that case.The future of this team, and thus the futures of Sweeney and Neely, will be tied to whether they can get David Pastrnak’s signature on a long-term contract. If not, then a much more drastic rebuild is in order.

The failures of the Neely/Sweeney regime are well known — the 2015 draft, some ill-fated free agent signings — but there have been some high notes. The trades for Hampus Lindholm, Taylor Hall and Charlie Coyle were all solid acquisitions. And they did get to within one win of a Stanley Cup. They’ve made the playoffs for six straight years. It hasn’t been all peaches and cream with this regime, but it certainly hasn’t been the pits.

But they better start hitting on some of their draft picks.”

MikeyG then turns his fire on the Pats: “As for the Patriots’ coaching status… it’s like who’s on first? Who calls the offensive plays? Who. Oh he’s the kid? Will it be Joe Judge a special teams coach, O-line — Matt Patricia a defensive coach and the defense still coached by committee like the Red Sox bullpen.”

Not really a question, Mikey. We’ll let it slide.

Now about those Red Sox … Paul Baranofsky question Chaim Bloom’s roster-building: “Thanks to the failure of Chaim Bloom in getting a real first baseman this past offseason, the Red Sox are stuck with two guys who cant play the position and cannot hit. Franchy Cordero cost the Red Sox vs. the Yankees, failing to catch a popup a little leaguer could catch. The Sox should have re-signed Kyle Schwarber to be the fulltime designated hitter and trade J.D. Martinez for a starting pitcher. Since the Red Sox (despite Bloom’s denials) are rebuilding, Triston Casas should have been given the chance to compete for the first baseman job in spring training. I would trade Martinez now since he will probably opt out at years’ end anyway and use a combination of Kike Hernandez and Christian Arroyo for the rest of the season and then in the offseason get a designated hitter to fill in on a fulltime basis.”

Red Sox scribe Jason Mastrodonato responds: “Hi Paul. I don’t hear a question in your rant, so I’ll try to just address a few things you said. You’re correct that under Chaim Bloom the Red Sox have largely ignored first base, particularly on the defensive side. It has cost them in important moments. I think there’s a lot of organization-wide hope in Triston Casas, who should be a very good big league hitter, but he had just nine games above Double-A entering the year and has missed a big chunk of the season with a high ankle sprain. I still think we’ll see him at some point in August, but he’s got to get healthy and find a groove in Triple-A first.

“Does that mean the Sox don’t address first base at the trade deadline? Probably. Let’s see how Casas looks in a few weeks. As for your other suggestions, Schwarber was a disaster at first base, despite being a terrific hitter with the kind of approach the Sox have missed often this year. But Martinez is hitting .314 as of writing this, so I’m not sure why anyone would be upset about him as the DH. He’s a free agent at the end of the year, along with most of this core group, which is why 2022 is supposed to be an all-in season. There are clear needs right now in the bullpen and either first base or right field, and I think that’s where the Sox will look to improve at the deadline.”

Something bugging you? Grinding your gears? Got you worked up?

We want to hear about it. And we’ll try and get you a good answer from our sports staff. We know you’re irked about … something. Hey, this is Boston. We love talking about the Bruins, Celtics, Red Sox and Patriots. There’s millions of unemployed general managers and coaches in the metaverse.

So ask away. Send your gripe or question to [email protected]

Air it out, let ‘er rip. You’ll feel better. And check in next Sunday for our response.