Todays Though > News > Why did the Patriots dominant defense break down at Minnesota? – Boston Herald
News

Why did the Patriots dominant defense break down at Minnesota? – Boston Herald 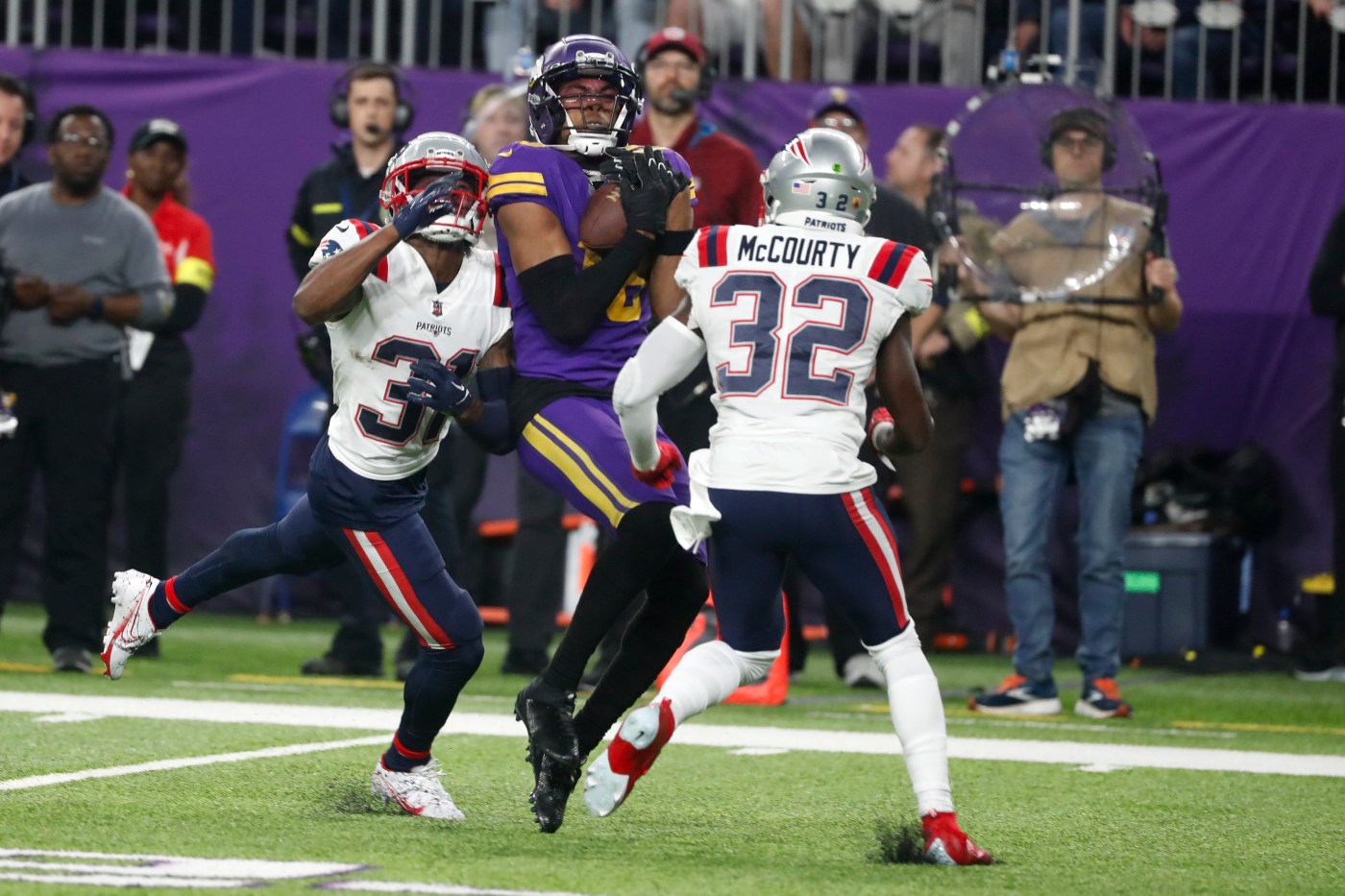 The Vikings needed all of four minutes and 20 seconds Thursday night to score more points than the Patriots had allowed in their previous two games combined.

Meanwhile, it took the Patriots three-plus quarters to get a grip on the Vikes’ top offensive weapon.

Then, Minnesota knocked the Pats out anyway.

With All-Pro wideout Justin Jefferson double-covered, Vikings receiver Adam Thielen caught the game-winning touchdown in the Pats’ 33-26 loss, a 15-yarder with 9:40 remaining. His score balanced out a spectacular night for Jefferson, who sustained Minnesota’s offense with nine catches for 139 yards and a touchdown. Jefferson drew double coverage on Thielen’s touchdown, which immediately followed Jefferson’s last catch of the night, a 36-yarder down the left sideline.

“It got to the point in the game where it wasn’t just helping on (Jefferson). We had to get him,” Pats safety Devin McCourty said post-game. “We knew we had to make sure that he didn’t make any more plays in the man-to-mans, and that’s what we did. And we know when that happens, we’ve got to do a good job on everybody else.

“It’s always tough when they go crossing routes … but those are plays we’ve just got to try to make.”

The Patriots’ inability to contain Jefferson and achieve their most basic defensive goal — eliminate an opponent’s strength — put them behind early and often. Jefferson secured three receptions on Minnesota’s opening touchdown drive. He also caught multiple passes on two other scoring series, while no other Vikings receiver, besides Thielen, finished with more than 43 yards.

Jefferson’s production helped offset a lackluster running game that averaged 2.1 yards per carry, including 42 yards on 22 carries from Pro Bowl rusher Dalvin Cook. Meanwhile, the Vikings completed 81.6% of their passes, the second-highest percentage allowed by the Patriots in the Bill Belichick era, per ESPN. Overall, quarterback Kirk Cousins went 30-of-37 for 299 yards, three touchdowns and an interception.

McCourty credited Cousins for unloading the ball quickly against pressure and taking advantage of his opportunities. Cousins said post-game he wasn’t sure how often the Patriots would double Jefferson, who saw plenty of No. 1 cornerback Jonathan Jones in single coverage. And when they didn’t double him, Cousins was sure to get Jefferson the ball.

That combination ultimately broke the Patriots’ top-ranked defense by DVOA, even when Jefferson wasn’t on the receiving end but instead a deadly decoy.

“We called that play several times. We just didn’t get the look we wanted, so I just kept checking to something else,” Cousins said of the touchdown throw. “(Vikings coach Kevin O’Connell) called it again and we got the look. … I was trying to make sure they truly went with Justin, and they did, so Adam got through there. Just a phenomenal catch by him.”