Todays Though > News > Why Patriots TEs Hunter Henry, Jonnu Smith could break out against the Colts – Boston Herald
News

Why Patriots TEs Hunter Henry, Jonnu Smith could break out against the Colts – Boston Herald 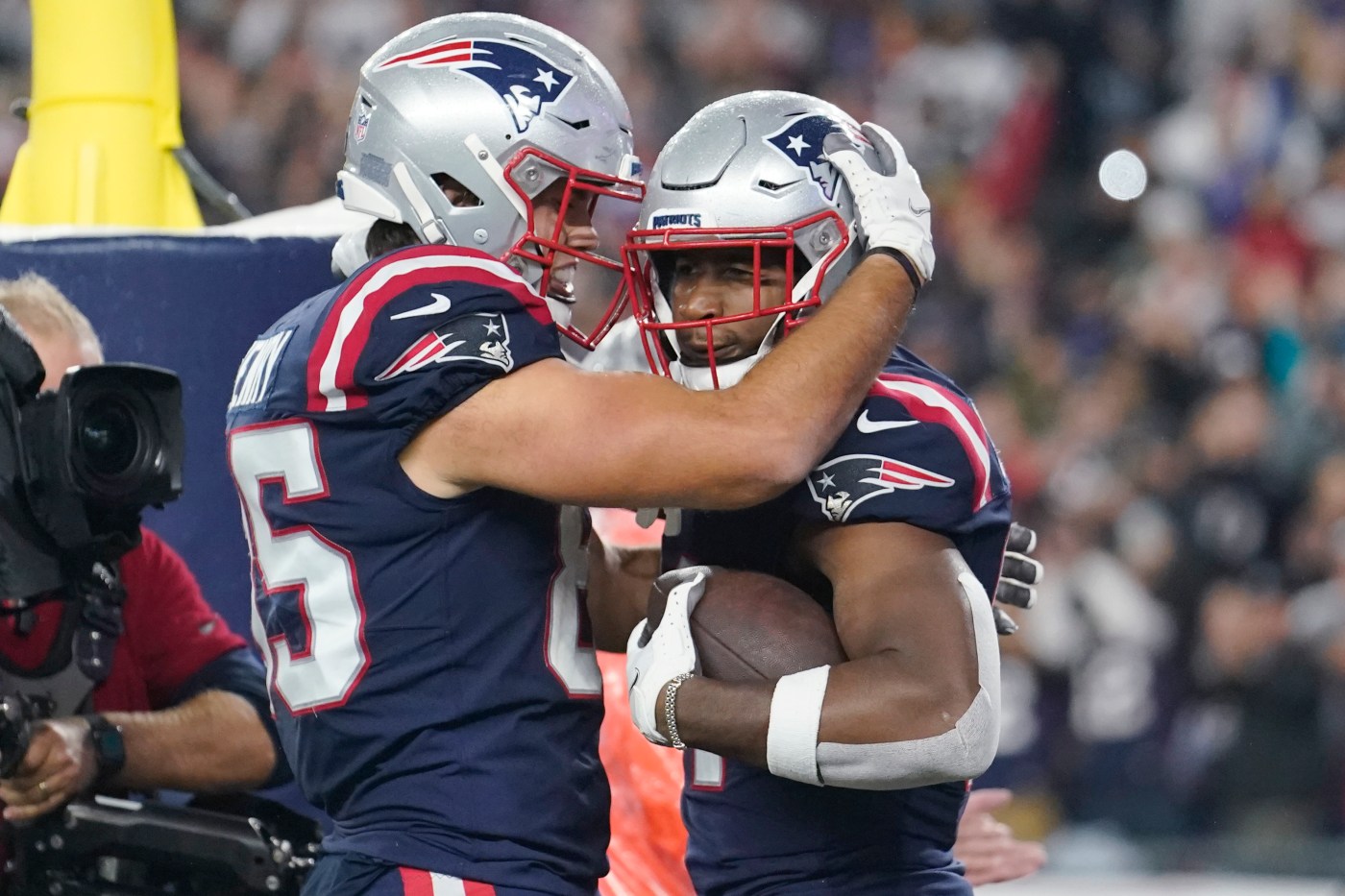 FOXBORO — It wasn’t too long ago Hunter Henry and Jonnu Smith were expected to form the foundation of the Patriots’ new offense.

The NFL’s best tight end duo allowing the Pats to run and pass at will last season, players who would unlock a world of possibility and unpredictability. Then, rather quickly, the Pats discovered they played best with one of them on the sideline.

And yet that all could change Sunday.

Start with the Pats’ surrounding health.

Running back Damien Harris and wide receiver DeVante Parker have missed two straight practices. When Parker is on the field, Mac Jones has made a habit of feeding and often forcing passes to him, targets that must now be distributed elsewhere. The Pats’ vulnerable offensive line should steer them into a short passing game plan, especially with center David Andrews heading toward a second straight missed game and right tackle Marcus Cannon suffering a concussion.

That should boost Henry and Smith, who primarily run short, higher-percentage routes. On the opposite side of the line of scrimmage, Indianapolis is begging for them to break out.

On a per-play basis, Indy’s pass defense ranks third-worst by Expected Points Added (EPA) versus two-tight end packages (EPA is a one-number value measure of a play or player that essentially quantifies how it helps or hurts a team’s odds of scoring). According to EPA, Indianapolis’ run defense is middling versus that personnel, but elite against opponents in three-receiver sets. By Football Outsiders’ opponent-and-situation-adjusted metric DVOA, Indy also sits in the bottom 10 for pass defense against tight ends overall.

And here’s the ultimate kicker: the Colts’ scheme is friendly to both Henry and Smith.

From 2017-20, Henry played for the Chargers, who then employed new Indianapolis defensive coordinator Gus Bradley. Bradley’s commitment to his Cover 3 system is undying, even as his old boss and the scheme’s author, Pete Carroll, has adapted successfully in Seattle. The Patriots expect a ton of Cover 3 Sunday.

“What they run, that’s what they run all the time,” said Pats running back Rhamondre Stevenson. “So all the players, all the coaches, they’re very used to that. They’re confident running what they run.”

“Obviously through training camps and the practices throughout the years, I’ve seen that defense a million times,” Henry said Thursday. “It’s a tough defense to go against, a tough scheme, so I’m looking forward to getting some game action going against Gus.”

Any secrets he can spill?

“I’m excited,” Henry said with a smile. “They make you earn everything, and especially with their front.”

That front has thrived particularly against the run, ranking second in stuff rate this season. All-Pro defensive tackle DeForest Buckner could give longtime backup James Ferentz fits inside versus run and pass, and one-time Pro Bowl edge rusher Yannick Ngakoue should pin his ears back versus Cannon’s replacement, be it the much-maligned Isaiah Wynn or Yodny Cajuste.

Jones will need release valves at some point, and that’s where Henry and Smith should emerge: settling into soft spots over the middle, up the seam and in the end zone, where Henry scored twice last year versus the Colts and should have a fair shot at repeating the feat Sunday.