Why the new offense struggled in Miami, and two pass-rushers star – Boston Herald 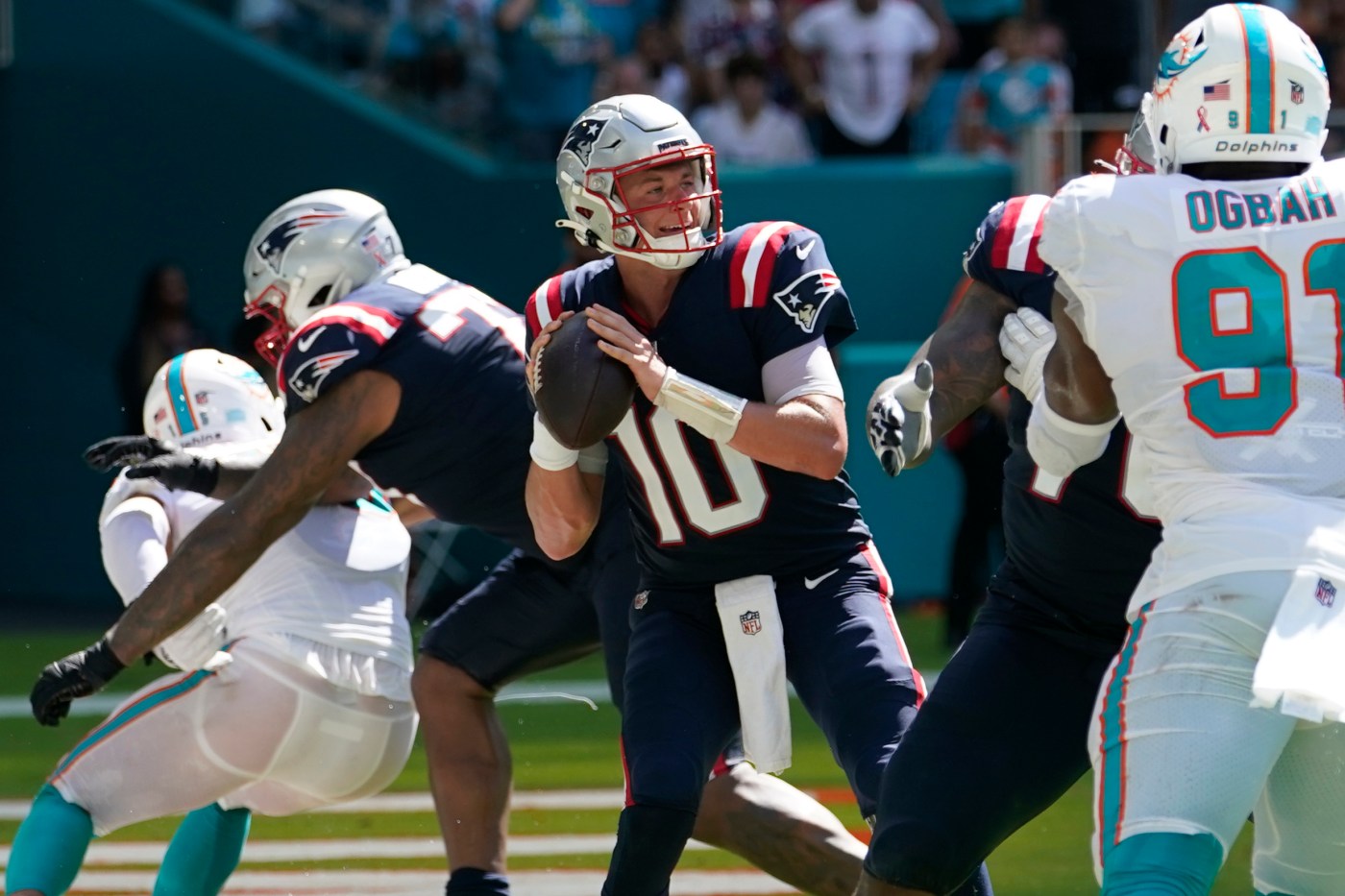 One hour after the Patriots dropped Sunday’s season opener at Miami, then again on Monday morning, Bill Belichick described the team’s loss as a game decided by two plays.

There was the second-quarter strip-sack of Mac Jones, and Tua Tagovailoa’s touchdown pass before halftime. And that was it.

That was all that separated the Pats and Dolphins, according to Belichick, who also cited total yards to support his case for an evenly played game.

The thing about a few plays making the difference, though? That’s life in the NFL. And Belichick knows that better than anyone.

All nine of the Patriots’ Super Bowl appearances hinged on a play or two or three. Sunday, of course, was not a Super Bowl. But it was as important an opener the Patriots have faced under Belichick.

Finding comfort in stats should do nothing to erase the sting of giving a win away in the division. Or to a team that may edge you out in the Wild Card race. Or to a below-average quarterback who somehow owns a 4-0 record against Belichick despite averaging 21.5 points per game.

The Patriots allowed 13 points to Tua Tagovailoa and the Dolphins’ track team of an offense Sunday, a major win. But their offense scored just seven, a major problem.

Looking ahead, the Pats cannot afford to dwell on their season opener before traveling to Pittsburgh this weekend, the likely reason behind Belichick’s unusual optimism. But they must fix the mistakes that littered their tape and reveal a greater gap than the one Belichick described post-game. Or they’ll be clinging to the stat sheet all over again next Monday.

Here’s what the film revealed about Sunday’s loss:

Jones mostly lived within 10 yards of the line of scrimmage, and his downfield throws were essentially all go-route, sideline shots to beat a blitz. It’s unclear how his reported back spasms affected his arm strength, but Jones snuck a few nice in-cut completions against tight coverage to move the chains. He also successfully audibled the Pats into better looks, now free to make changes at the line, but Miami was never seriously threatened.

Judon tied for the team lead with four pressures. He also set a much sturdier edge than the one we last saw in Miami, where he let Tagovailoa loose on a game-sealing scramble in January. Against Kyle Shanahan-style offenses, the backside edge defender is paramount for chasing play-action bootlegs and containing cutback runs.

The player Judon tied with his four pressures? That would be Wise, who generated pressure from multiple alignments across the defensive line and played above-average run defense. He also played more than 80% of the team’s defensive snaps in brutal conditions.

Brown allowed the game-deciding strip-sack on Jones and was the likely culprit on the first sack the Patriots allowed. He also missed a block that resulted in a first-half run stuff.

It was a rough return to Miami for the ex-Dolphin, who played 42 snaps in his return and was a net negative against run and pass. The Patriots deployed him as their lone linebacker in dime packages, and he couldn’t keep up. It’s possible Mack Wilson could overtake that role in the coming weeks.

Guregian: If Bill Belichick wants to take the blame, not too soon to lay some on him

Play of Patriots’ defense one of few positives in Dolphins loss