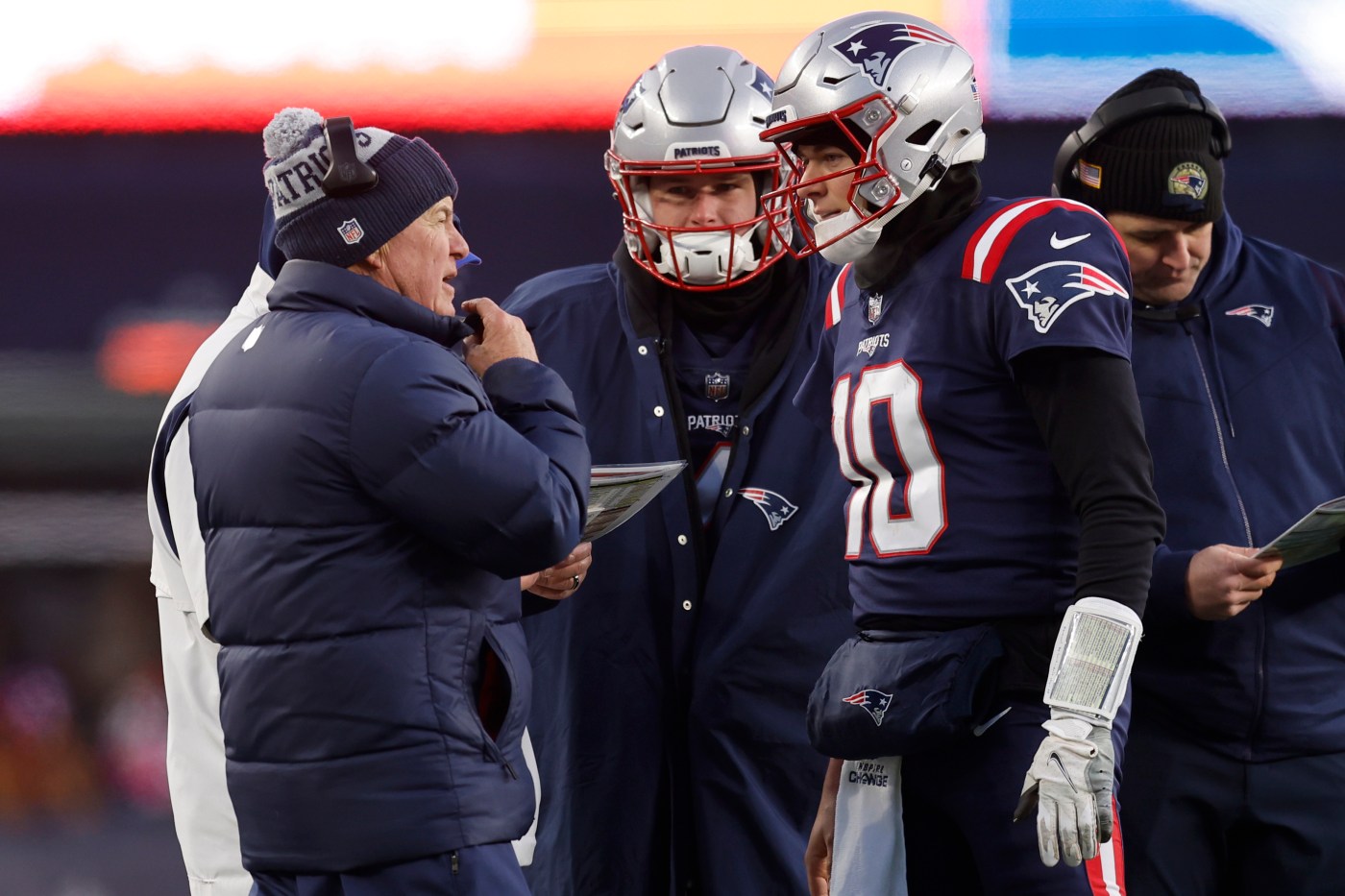 FOXBORO — In the NFL, you can’t run far from weakness.

Every Monday, a new opponent begins to plot ways to exploit your offense, defense and special teams. Sooner or later, injuries expose the soft underbelly of every team’s roster as the season wears on. One week, one snap, one mistake can send an entire season spiraling. The league is ruthless.

Sitting at 7-8 with two games left, the Patriots’ weaknesses have been laid bare.

Offensively, they cannot run-block. Injuries, position changes and coaching have seen to that. The Pats rank 29th in rush offense by Football Outsiders’ opponent-and-situation-adjusted metric DVOA since Mac Jones returned to the starting lineup in Week 7. Rhamondre Stevenson has single-handedly kept the run game afloat by breaking tackles more frequently than all but three players in the league.

Their passing issues have multiplied. Jones melts under pressure, owning the NFL’s third-worst passer rating under pressure, per Pro Football Focus. The wide receivers are contending with a basic scheme, spacing issues and they struggle to separate from man-to-man coverage. By passer rating, the Patriots’ rank in the bottom 10 against man-coverage schemes Cover 1 and Cover 0, per Sports Info. Solutions.

Many of these issues were carryovers from last season. In Week 1, a blitz-happy Dolphins defense forced the Patriots to confront their old offensive demons, and held them to seven points. On Sunday, Miami, which boasts a top-10 run defense, is coming to revive these ghosts and force the Pats to stare them down if they want to extend their season.

Dolphins defensive coordinator Josh Boyer is a Bill Belichick disciple, but he’s strayed recently from the church of game-plan defense to worship at the altar of pressure. Miami blitzes at the fourth-highest rate in the league, even with Pro Bowl cornerback Byron Jones sidelined for the season and All-Pro cover man Xavien Howard experiencing a down year. Against the blitz this year, Jones has completed 50% of his passes for 478 yards, two touchdowns and four interceptions.

Defensively, the Pats are sound. They are deep. They are ferocious in their pass rush. But lately, they’ve been carved up by opposing No. 1 wide receivers.

Who on an injured Patriots defense will cover Tyreek Hill and Jaylen Waddle?

Minnesota’s Justin Jefferson smoked them for nine catches, 139 yards and a touchdown during a Vikings win on Thanksgiving. A week and a half later, Buffalo’s Stefon Diggs hit them for seven grabs, 92 yards and a touchdown. The Bengals’ No. 1A receiver, Ja’Marr Chase, was limited to a relatively harmless eight catches for 79 yards last weekend, though their 1B, Tee Higgins, went off for eight catches for 128 yards and a score.

Now, here come Tyreek Hill and Jaylen Waddle, two of the NFL’s top six leaders by receiving yards. How much of a problem do they present?

“As much as anybody in the league,” Belichick said.

And with rookie corners Marcus Jones and Jack Jones ruled out for kickoff, those problems will be even tougher to solve.

So as the saying goes, the Patriots may run from their weaknesses Sunday with their postseason lives at stake, but they cannot hide.