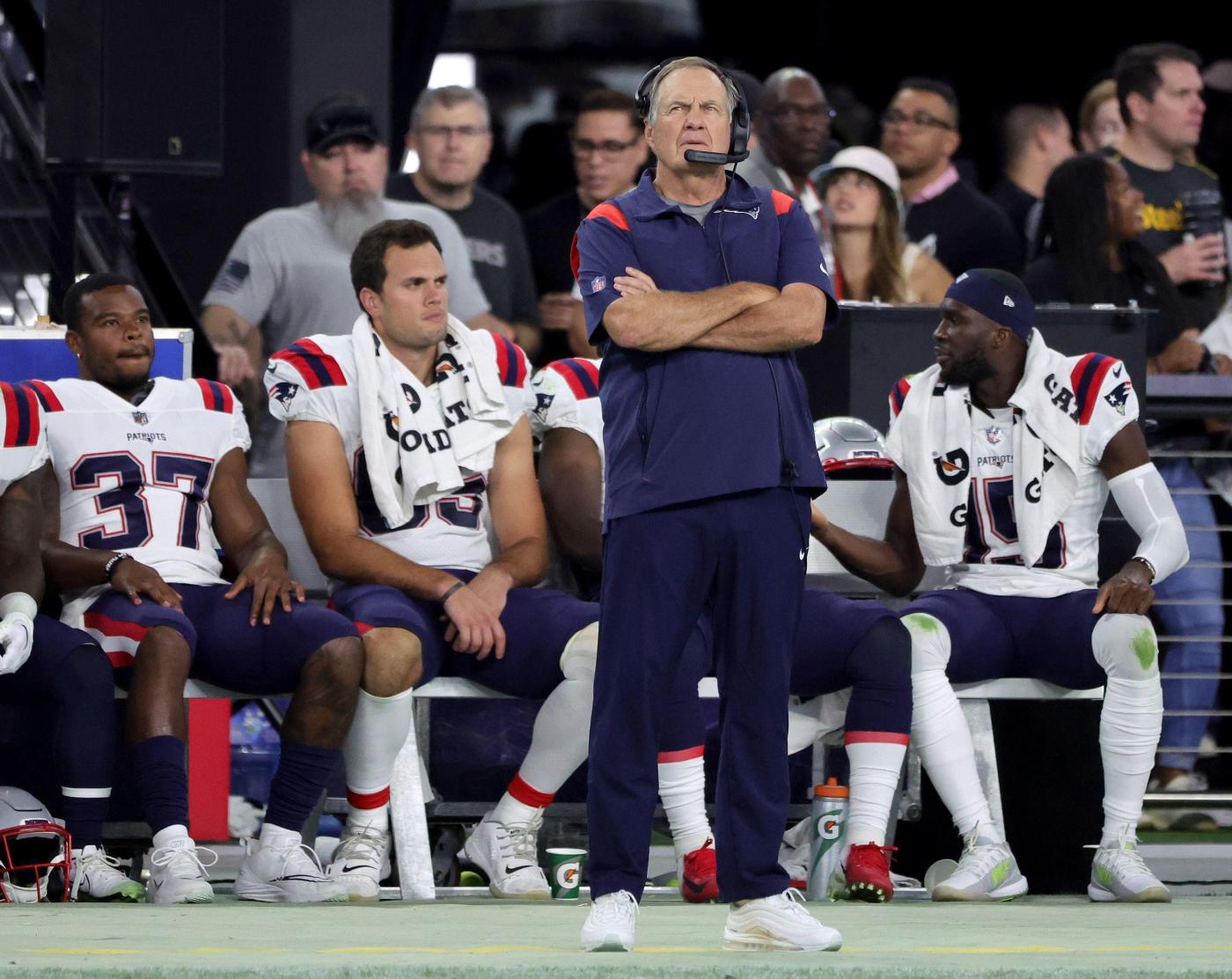 FOXBORO  — One week after he out-dueled Tom Brady, the young quarterback who has come closest to resembling Brady in the NFL’s modern era is coming to knock out Bill Belichick.

Joe Burrow, or “Joe Cool,” as he’s known in Cincinnati, a repurposed nickname from Brady’s idol, Joe Montana, will be a rare favorite to roll into Foxboro on Saturday. He’s surrounded by a receiving corps that Pats safety Devin McCourty described as “probably the best” this week. And he’s riding a six-game win streak, longest in the AFC.

How can the Patriots stop Burrow?

This week, several Patriots defenders stressed the need to disguise their coverages against Burrow, who in his third year has developed into a complete pocket passer. He is no longer becoming predictably impatient against regular two-deep coverage or feeling rushed by a barrage of blitzes. He’s hanging in, taking hits and delivering daggers.

Ask Tampa Bay. Last week, the Buccaneers buried Cincinnati early, snatching an interception and forcing three consecutive three-and-outs to start the game. Their coaching staff threw the proverbial kitchen sink at Burrow, blitzers flying in from all directions to hunt him down.

Down 17-0 before halftime, Burrow rallied the Bengals for 34 unanswered points and threw the kitchen sink right back for a comfortable comeback win; a Brady-esque performance in Brady’s own stadium.

“Productive in critical situations, third-down, red area, big games,” Bill Belichick said. “I’d say he makes a lot of his best plays at the right time when you really need him.”

On Thursday, Patriots players steered clear of Brady comparisons. Even the notion that Burrow possesses some of the same qualities, such as those Belichick mentioned in his press conference the day earlier, were off-limits.

“He does it a little bit differently,” said Pats cornerback Jonathan Jones. “You see how he carries himself. His persona’s different.”

“As far as a skilled pocket passer and just a good quarterback, I think you could compare him. But it’s hard to compare anybody to Brady in their third year because of what Brady has done,” said Pro Bowl pass rusher Matt Judon. “Not that Burrow’s not good, I just think it’s a disservice to Tom.”

During the week, the task of simulating Burrow has fallen to practice-squad quarterback Garrett Gilbert. The 31-year-old journeyman praised the defense’s disguise in practice, knowing how vital it can be to slowing explosive passing offenses like the Bengals, which ranks sixth-best by DVOA.

“It’s all about operating fast at quarterback,” Gilbert said. So if you can make him second guess what he’s seeing, it makes things difficult.”

But, for as many strip sacks or interceptions it might generate, there is a downside to disguise.

“It can certainly backfire on you,” he added. “You want to make the quarterback do that, but you’ve got to make sure you’re in position when the ball’s snapped. If your help’s not where it’s supposed to be because they were trying to disguise, then it doesn’t really do you any good. Certainly I would say every day in practice it’s tough against our guys because they do such a good job of it.”

In Las Vegas, the Patriots successfully confused Derek Carr and shut out the Raiders until the final two minutes, when they ran out of gas and luck simultaneously on the final series. Safeties Devin McCourty and Adrian Phillips rotated constantly at the snap, while Judon and fellow edge rusher Josh Uche dropped off the edges as interior blitzers flew in to fluster Las Vegas’ protections. Judon, in particular, dropped into coverage a season-high nine times.

“He’s really good at disguising coverages,” Burrow said. “You expect that from a guy that’s played so long. And you know, he really hasn’t lost much of a step, and I think this is year 12-13, something like that. And it’s just impressive when you see guys like that, that have played for so long and they’re still playing at a high level. It’s a credit to their dedication and their discipline.”

McCourty’s pre-snap games of cat-and-mouse with Burrow will be one the more critical battlegrounds for a Patriots defense that must again carry the day against a superior opponent. With just two healthy cornerbacks, they cannot single-cover Bengals wideouts Ja’Marr Chase, Tee Higgins and Tyler Boyd all game. Like last Sunday versus Pro Bowl weapons Davante Adams, Darren Waller and Hunter Renfrow, it’s safe to expect another heavy dose of zone coverage from McCourty and Co. that will present like one defense and then morph into another.

As Gilbert described the Patriots’ disguise: “If one play (the safety) lines up on the hash and move to the middle, and then the next play you spin down …”

He paused a moment.

“I think living in the gray is a good way to put it,” he concluded.

So keep and eye on the secondary pre-snap, then how long Burrow holds the ball post-snap. That, down after down, should tell the story of whether the Patriots’ postseason hopes survive past Saturday.