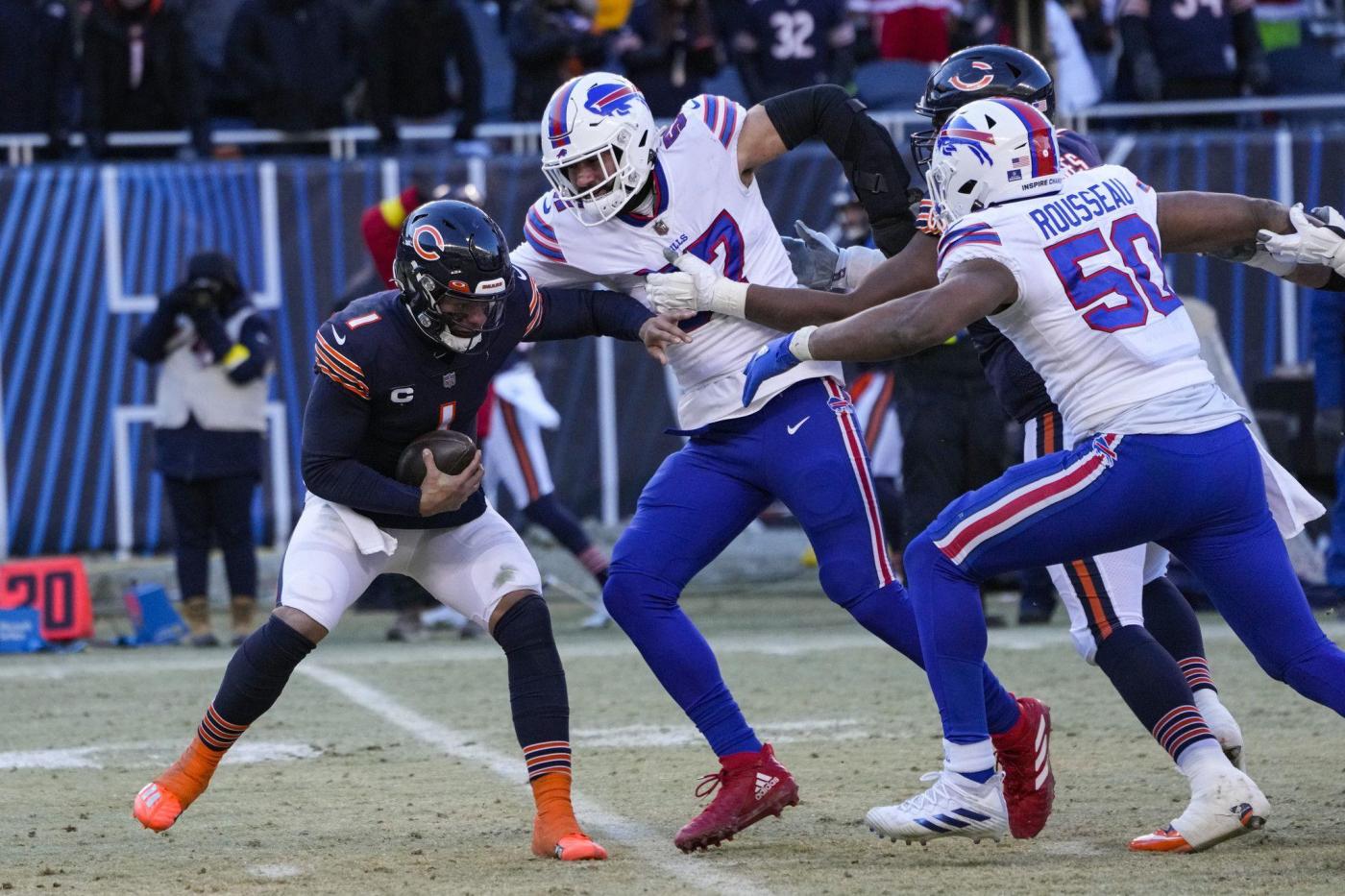 No one outside the Lions facility was ever going to remember that Friday evening failure at Ford Field, a defeat that ended with reserve quarterback David Blough trying to lead a game-winning rally while throwing to Tom Kennedy, Kalil Pimpleton and Derrick Deese Jr.

But Campbell, wired into details like most head coaches yet supercharged with intense passion, couldn’t let it slide. Any of it. He saw his team, in the fourth quarter of an NFL game, malfunctioning in familiar ways.

The Lions offense had a 17-play drive that didn’t reach the end zone. On the next series Blough lost a fumble on a bungled handoff attempt. The Falcons then went 33 yards on five plays for the winning touchdown with rookie quarterback Desmond Ridder hitting former college lacrosse player Jared Bernhardt with a go-ahead, off-script, 21-yard pass with 1 minute, 30 seconds remaining.

Coming off a patience-testing 3-13 season defined by near-misses in 2021, Campbell remained convinced that shrugging past mediocrity was the quickest way to assure it would continue. So the next day he brought a pair of dirty black jeans to a team meeting and lit into his players.

“In the critical moment,” he said in a sequence captured by HBO’s “Hard Knocks” docuseries, “we control that game. We had control of this game. We gave it away. Was that them or us? That was us, men.”

Campbell shook the pants, grime filling the air as if he had used a loaded vacuum bag as a piñata.

“All the stuff that has been here that has kept us from winning, if we really want to go where we want to go, we have to get all the rest of this (expletive) out of our stuff, men. All this dirt, everything that is in our (expletive) jeans, this last bit of losing has to get out of here.

In so many ways, that was the unofficial mission statement for the 2022 Lions.

Get all the rest of this (expletive) out of our stuff.

Twenty weeks later, the Lions’ pants are far less grimy as they prepare to face the Chicago Bears at Ford Field in a New Year’s Day game that can help keep their playoff hopes alive. Over the past two months, Campbell’s group has finished a half-dozen games in winning fashion, turned into one of the league’s intriguing challengers and given itself a chance to bust into the playoff party for the first time in six years.

Offensively the Lions have been propelled by a rock-solid line that includes Pro Bowl center Frank Ragnow, standout left tackle Taylor Decker and 2021 top-10 pick Penei Sewell. Quarterback Jared Goff has hit one of the most productive stretches of his career with 14 touchdown passes and one interception over the last eight games. Collectively, the Lions have molded their resilience and drive into the kind of much-needed belief that fuels success.

Now, coming off a 37-23 drubbing by the Carolina Panthers in Week 16 and facing two final division games against the Bears and Green Bay Packers, the Lions will hear Campbell preaching the same message about digging deep and finding ways to finish strong.

‘What it actually takes’

A similar hymn continues being sung at Halas Hall. The Bears have lost eight consecutive games, a skid only two other teams in franchise history have experienced. Four of those defeats have come by five points or fewer. The Bears also held a 19-10 fourth-quarter lead over the Packers in Week 13 before folding late and losing by nine. And they led the Buffalo Bills 10-6 at halftime on Christmas Eve before being outscored 29-3 in the final two quarters.

With the Bears’ obvious talent deficit and the draft-status rewards of having one of the worst records in the league, this season’s failures have been largely forgiven in Chicago and often embraced by fans. But inside the walls at 1920 Football Drive in Lake Forest, first-year coach Matt Eberflus is also pushing his players to understand that, for all the sport’s complexities, success is often determined by a simple X-factor. In the closing stages of tight games, which team rises and meets its moments with result-changing playmaking?

Said Eberflus: “We’re getting close to really understanding how to finish the game. You finish with game-defining execution. In those moments and when the plays matter in the fourth quarter, we execute.

“To me, these next two games are about just that. That’s important going forward to the future.”

Earlier this month, sensing his team’s need for a finishing breakthrough, Eberflus added a second practice segment into each week for two-minute drill work. That has provided added situational simulation with an aim to sharpen players’ concentration and aid their ability to perform late in games.

“You have to make those plays,” Eberflus said. “And you have to (make) them in practice first.”

Seventh-year defensive back DeAndre Houston-Carson emphasized Wednesday that there would be undeniable value to the Bears in squeezing another victory or two from the final two weeks. What specifically?

“Mental sanity,” Houston-Carson said with a grin. “You know? But for this team, it’d be good to gain a better understanding of what it actually takes. To me, learning how to win is about learning how to close out games in the fourth quarter. That’s what the NFL is. And from what I’ve learned and what I really believe that means is you learn how to keep doing right longer than the other team.”

Houston-Carson was part of the Bears’ last division championship team in 2018 and said it’s hard to describe how, beyond talent, teams find a winning formula.

“There are a lot of things that go into it,” he said. “But for me, when we talk here about learning to finish and learning to close, if you can develop a habit of playing every play like it’s the same, then in the fourth quarter nothing feels any different. You’re just playing football. And that traces back to how you practice, where your mindset is during the week, how you visualize things. That’s all part of this.”

Four years ago at this time, the Bears were riding a wave in which they won nine of their final 10 regular-season games, the lone loss coming in overtime on the road to the New York Giants with backup quarterback Chase Daniel running the offense.

“At that point we knew going into each week we were going to win,” Houston-Carson said. “I don’t know that that’s the feeling here now. It’s more like, ‘We’ll see.’ But you have to develop that real belief that ‘We’re going to win this game.’ That’s a huge part of it too.”

Even quarterback Justin Fields continues to express his hunger to leave another game with a victory, something he and his teammates haven’t been able to do since Oct. 24.

“It would be great momentum going into the offseason,” Fields said.

And before anyone laughs or rolls their eyes at that sentiment, consider that the 2021 Lions won three of their final six games, a brief surge many within the organization credit as a mini-breakthrough that helped catalyze this season’s turnaround.

When the Lions walked out of Ford Field on Oct. 30 after a loss to the Miami Dolphins, they had the worst record in football — 1-6 — bringing Campbell’s two-year record as head coach to 4-19. Four of those first six losses were by four points or fewer as the Lions struggled to break through in the late stages of close games.

Since Week 9 the Lions have won six of eight with a combination of resilience, clutch playmaking and good fortune.

Included in that surge:

Then in Week 15, the Lions grinded through a sloppy and penalty-filled performance to outlast the New York Jets 20-17. Yet that triumph came only after tight end Brock Wright scored a 51-yard touchdown on fourth-and-1 with less than two minutes remaining and Jets kicker Greg Zuerlein pulled a 58-yard, game-tying field-goal attempt on the final snap.

Added Goff: “A lot of these close games are starting to lean more toward us than they are toward them. That hasn’t always been the case around here. We’re starting to believe in each other. … (You) just know somebody is going to make a play and do something right. And that’s half the battle.”

Over the past two months, Campbell has seen a team that has gained valuable experience, shown the requisite mental toughness to handle pressure and — as Eberflus is hoping to find with his Bears —delivered sharp execution in game-defining moments.

One of Campbell’s most repeated themes is that a team becomes conditioned to win by winning first and then squeezing all the lessons from each victory.

Since October the Lions have shown an ability to come from behind, pad big leads and hold on in close games. They have won playing their best football and won when they haven’t had their A-game.

Now, instead of having the draft board in their peripheral vision, the Lions are studying playoff scenarios. They will need help from elsewhere around the NFL to keep their hopes of securing a wild card alive. But a win Sunday against the Bears could set up a season-ending, win-and-in clash against the Packers at Lambeau Field.

After the upset of the Jets two weeks ago, Campbell addressed his team in the visiting locker room at MetLife Stadium but did not have any dirty pants to make his points. Instead, he spoke with energy and pride.

In an attention-grabbing turnaround, the Lions had gone from 1-6 to 7-7. That win added fuel to the tank. “The guys believed,” Campbell said. “Now here we go. This was another win. But we had to find a different way to win, another way to win. Every time that happens, you continue to grow, you start figuring things out and your confidence grows.”

None of this positions the Lions as an elite team. They remain in the bottom half of the NFC and are still in danger of finishing below .500 for the fifth consecutive season and the 18th time in the last 22 years. But the NFL mountain is steep and the climb often treacherous. Every step toward progress requires great concentration and energy. Momentum has to be built somehow, and at this point the Lions have created some.

Now they are eager to see where it can take them.