Wildfire burns homes around lake in Texas amid high heat 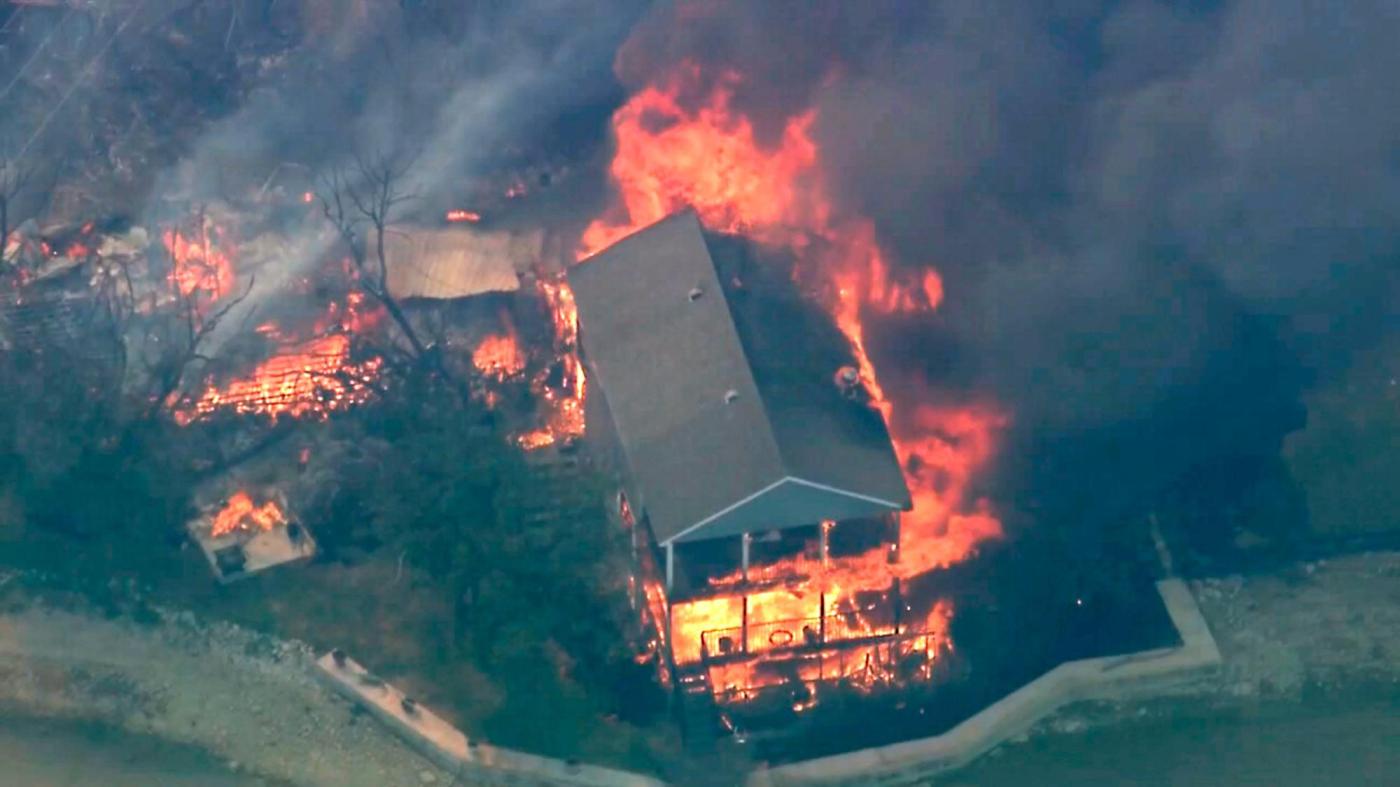 By TERRY WALLACE and KEN MILLER

A North Texas wildfire continued to grow Tuesday amid sweltering temperatures and dry conditions after burning at least a dozen structures, officials said.

The Chalk Mountain Fire about 50 miles (80 kilometers) southwest of Fort Worth was the largest active Texas wildfire as of Tuesday afternoon after blackening 6,000 acres (2,400 hectares), an increase from 4,000 acres (1,600 hectares) Tuesday morning, the Texas A&M Forest Service said. The fire, which began Monday afternoon, was just 10% contained, and crews using bulldozers were digging containment lines while fire trucks and aircraft worked to extinguish the flames, the Forest Service said.

It was not yet clear how many, if any, of the 12 structures lost as of Tuesday afternoon were residences or businesses, Forest Service spokeswoman Mary Leathers said.

Meanwhile, crews continued to battle a wildfire that has burned at least 10 structures, five of them homes, around a lake in North Texas, authorities said.

The fire at Possum Kingdom Lake about 70 miles (113 kilometers) west of Fort Worth, which began Monday afternoon, had burned about 500 acres (202 hectares) and was 10% contained Tuesday, Forest Service spokesman Adam Turner said. Firefighting crews were working around the clock, focusing on protecting threatened homes in resort subdivisions along the lake’s western shore.

The area remained under a voluntary evacuation notice, the Forest Service said.

No injuries have been reported from the fires, and their causes were under investigation. A combination of near-record- and record-high temperatures approaching 110 degrees Fahrenheit (43 degrees Celsius) combined with breezes gusting as high as 30 mph (40-50 kph) and drought conditions leave the region ripe for fire, the forest service said.

The National Weather Service has issued a red flag fire warning for northern and central Texas and western and eastern Oklahoma for Tuesday.

“We are experiencing dry fuels to a level that we haven’t seen in the past 10 years,” Turner said. “Any spark that lands in tall grass or even lands in some short grass right now is liable to spark.”

Wildfires and intense heat in Texas and some other parts of the United States come as unusually hot, dry weather has gripped large swaths of Europe since last week, triggering wildfires from Portugal to the Balkans and leading to hundreds of heat-related deaths.