Todays Though > News > Will a No. 1 wide receiver emerge for Mac Jones? – Boston Herald
News

Will a No. 1 wide receiver emerge for Mac Jones? – Boston Herald 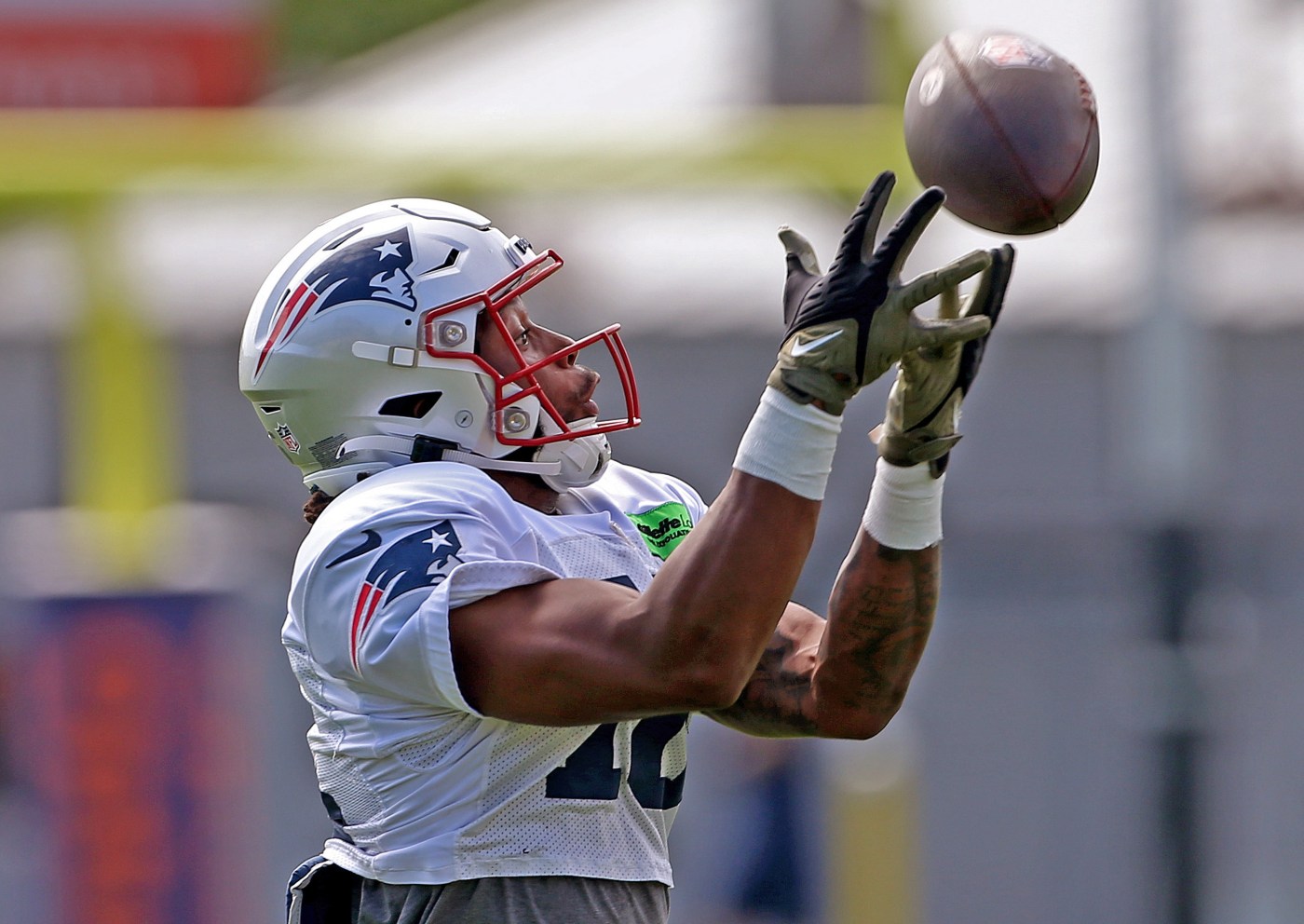 FOXBORO — Here was the good news from Thursday’s practice outside Gillette Stadium, where temperatures soared into the mid 90s and the Patriots hoped their passing game would take flight, too.

Jakobi Meyers remains as reliable as ever. He caught all five passes in team periods and routinely snaked into open space over the middle. Jonnu Smith, the co-star of the Patriots’ rebuffed two-tight end package, grabbed a team-high six passes over his best practice of training camp.

Now to the bad news: their efforts weren’t enough to drag the Pats offense out of its now week-long slump. Blame for that slump — other than the calendar, because let’s not forget this is training camp — largely belonged to the other wide receivers, who couldn’t shake coverage downfield.

DeVante Parker, the team’s projected No. 1, has three catches total this week. That’s four practices, including the team’s first three padded sessions of the summer, where he’s been out-paced by virtually everyone. Meyers and Smith gobbled up targets today because they run the safest routes for Mac Jones, who felt almost impatient as he tried to establish some momentum in 11-on-11 periods.

Jones settled for several flat, slant and quick-out throws, most of which found his slot receiver and No. 2 tight end. Easy-bake offense.

Oh, and the Patriots still can’t run the ball. On Thursday, the starting offensive line allowed three run stuffs and two sacks to the starting defense in 16 head-to-head snaps, while Jones had two other incompletions caused by pressure.

But there was progress. Precious progress for a Patriots offense transitioning not only to a new receiving corps, play-caller and offensive coordinator, but philosophy. It needs time.

Notes: Judon missed his first practice of the summer. McCourty, Butler, Stevenson, Peppers, Hoyer, Wise and Humphrey all participated in positional drills. Only Peppers sat out Wednesday’s practice entirely, when the others worked on a separate field and conditioned. Hoyer threw his first passes in team drills since Day 1 of camp.

Play of the Day

Mac Jones’ final completion of practice was a rare sight.

He rifled a back-corner throw to second-year wideout Tre Nixon, who had escaped Malcolm Butler running along the back of the end zone. Nixon toe-tapped on his way out of bounds for the first and only touchdown of the Patriots’ final 11-on-11, red-zone period.

There was a low bar for highlights Thursday, but some days, that’s just training camp

Player of the Day

As mentioned, Meyers inhaled targets during 11-on-11s. Five targets, five catches, no problem. But the details of his day were even better.

Meyers won on a corner route, an over, a drag and slant during team periods. He beat a variety of teammates, including rookie cornerbacks Marcus Jones and Jack Jones, whom he dumped in earlier n 1-on-1s. A complete performance from a young receiver rounding out his game.

Note: The passing stats below were tallied during competitive, full-speed periods of 11-on-11 and 7-on-7 only. The stats in parentheses represent each quarterback’s passing totals for training camp.

Smith thrived across team periods and 1-on-1s against the safeties. Thursday marked his best practice of training camp.

His only hiccup was a flat route he ran incorrectly during an 11-on-11 period midway through practice that caused Mac Jones to throw wide. Jones had made a pre-snap hand signal to Smith’s three-receiver, likely indicating a change in the route combination that had been called. Smith later copped to turning the wrong way, and rebounded immediately.

Guregian: Watching the Patriots’ new offense is painful — even for Mac Jones

Uche was the only player to go unbeaten during 1-on-1 pass rush. He beat backup left tackle Yodny Cajuste twice and tossed another backup, Yasir Durant. Uche also took occasional reps with the first-team defense in Judon’s absence.

Perkins went 0-2-1 during individual pass rush drills. Once seen as a candidate to start, the second-year edge rusher seems to be settling into a reserve role with older players, including Uche surpassing him in team periods and out-performing him in 1-on-1 drills.

Agholor dropped his only target during team periods, a long ball down the right sideline against Jack Jones that clanged off his hands. Agholor also allowed Malcolm Butler to jump his second of three targets during individual drills for a pass breakup.

NFL Notes: Richard Seymour and other legends pulling for Patriots owner Robert Kraft in his Hall of Fame bid