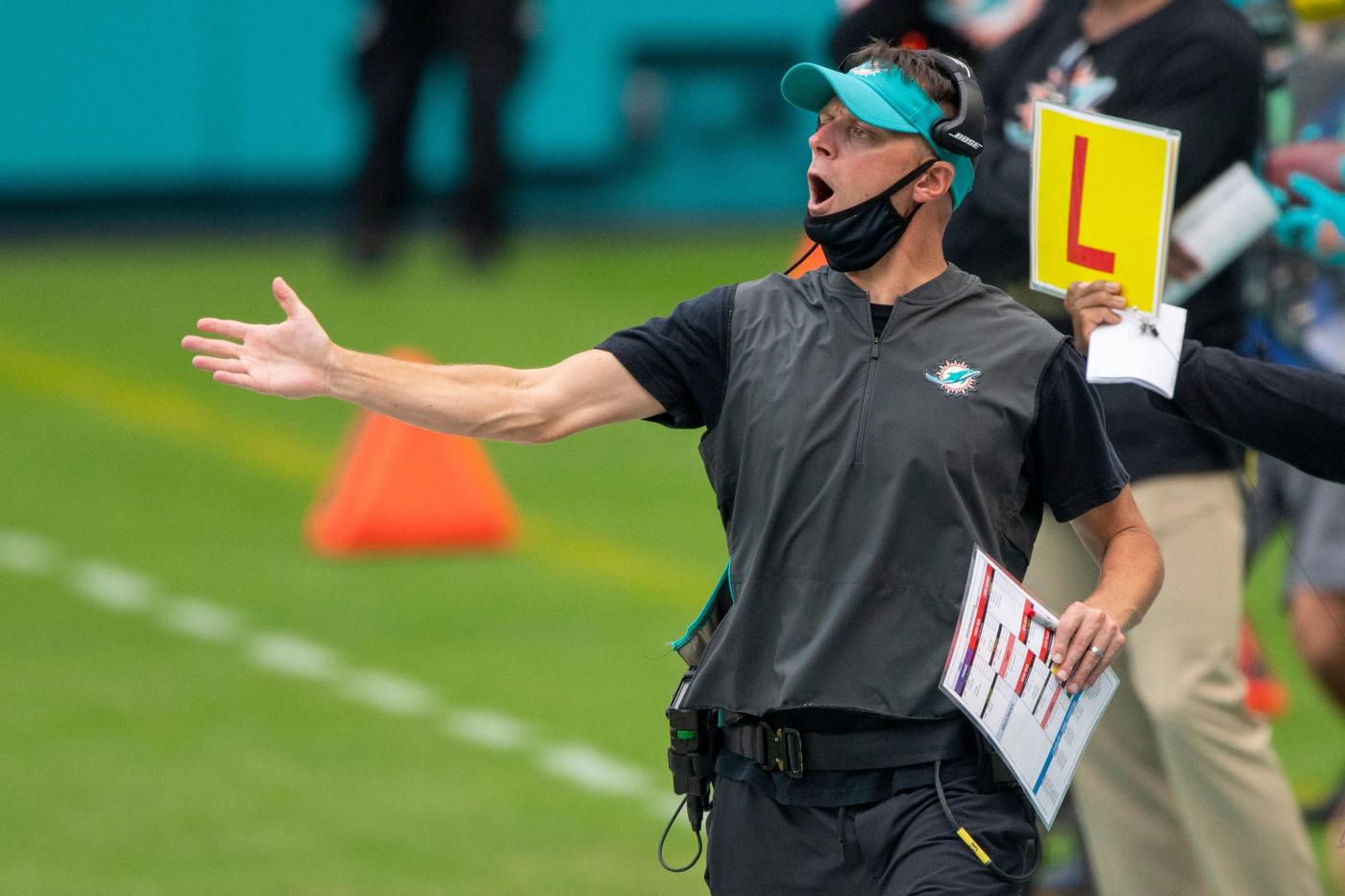 With the 2022 NFL season fast approaching, the South Florida Sun Sentinel takes a look at 10 storylines to watch for in a 10-part series ahead of the Miami Dolphins’ first day of training camp, which is set for July 27.

Say whatever you’d like to about Brian Flores’ resume as a head coach. Criticize his willingness to work collaboratively with others, or his ability to coach offense.

It’s fair to point out the Miami Dolphins’ former coach’s limitations in those areas.

But what can’t be denied is that Flores is one of the NFL’s young, innovative geniuses when it comes to building a defense, game planning, and in-game defensive play-calling.

The success the Dolphins had under Flores, who was fired at the end of the 2021 season after producing a 24-25 record the past three years, can mainly be pinned on the defense’s ability to carry the team to victories, which it did for two consecutive winning seasons.

And it would be disingenuous to think Flores didn’t take a heavy-handed approach on that side of the ball no matter who was assigned the defensive coordinator title.

Especially in the second half of the 2021 season when the team rebounded from its 1-7 start, winning eight of its final nine games, mainly because the defense became one of the NFL’s most aggressive pass rushing teams.

While Josh Boyer has received most of the credit for that turnaround, there are players and former coaches who claim Boyer’s influence and role had been watered down during that stretch as Flores took a heavy-handed approach when the wins began to pile up.

That might explain why the hybrid defense Flores installed in 2019 began to resemble how the team played, and executed during the 2020 season, which is when Miami’s defense finished sixth in the NFL and were the league’s leaders in turnovers created.

In fairness to Boyer, a student of the game who worked his way up the coaching ranks as Flores’ understudy in New England since 2006, he was technically the defensive coordinator during Miami’s two winning seasons.

So Boyer had a hand in Miami’s successes, and rightly shouldered some of the blame in their failures.

Let’s hope that Boyer has grown from his experiences the past two seasons, and doesn’t need Flores’ presence to effectively operate the zero-blitz defense, which has become Miami’s calling card on that side of the ball the past two years.

Hopefully Boyer has a good grasp on the defense’s personnel, which features all but two key contributors returning this offseason, and that he knows how to maximize the unit’s strengths and mask their weaknesses.

Same coordinator, same players, similar philosophy, paired with more experience should equate to a reliable, if not stingy defense, right?

“There is recall, and that gives you the ability to do similar things by tweak it here to improve it. But the biggest advantage is the communication between the players,” Boyer said this offseason when discussing the continuity Miami’s defense features. “Not only do they know the guy that is next to them, they know how they play.”

And so do most of the coaches, which means Miami isn’t starting from square one despite Flores’ removal, the firing of secondary coach Gerald Alexander, and Charles Burks leaving the Dolphins to coach the Cincinnati Bengals cornerbacks.

We all grow and mature in our chosen field, and Boyer deserved the opportunity to do that the past two seasons. But now he’ll need to prove he can put his own flavor on the Dolphins defense, doing more than preparing the meal Flores bought the groceries for.

Each year a defense is forced to evolve because of its talent base, and the infusion of newcomers. For Miami, that label only applies to pass rusher Melvin Ingram, an 11-year veteran signed, and the rookie class, which is made up of draftees Channing Tindall and Cameron Goode.

There’s also the hope that youngsters like Jaelan Phillips and Jevon Holland, who had impressive rookie seasons in 2021, will elevate the level of their play in Year 2.

Miami needs Boyer to find a way to bring out the best in all of its defenders because a reliable, if not stingy and opportunistic defense, can be a new offense’s best friend.

That’s why it’s on Boyer to ensure that the 2022 Dolphins defense remains unfriendly to opponents.

Can Dolphins get same production from Tyreek Hill in Miami?