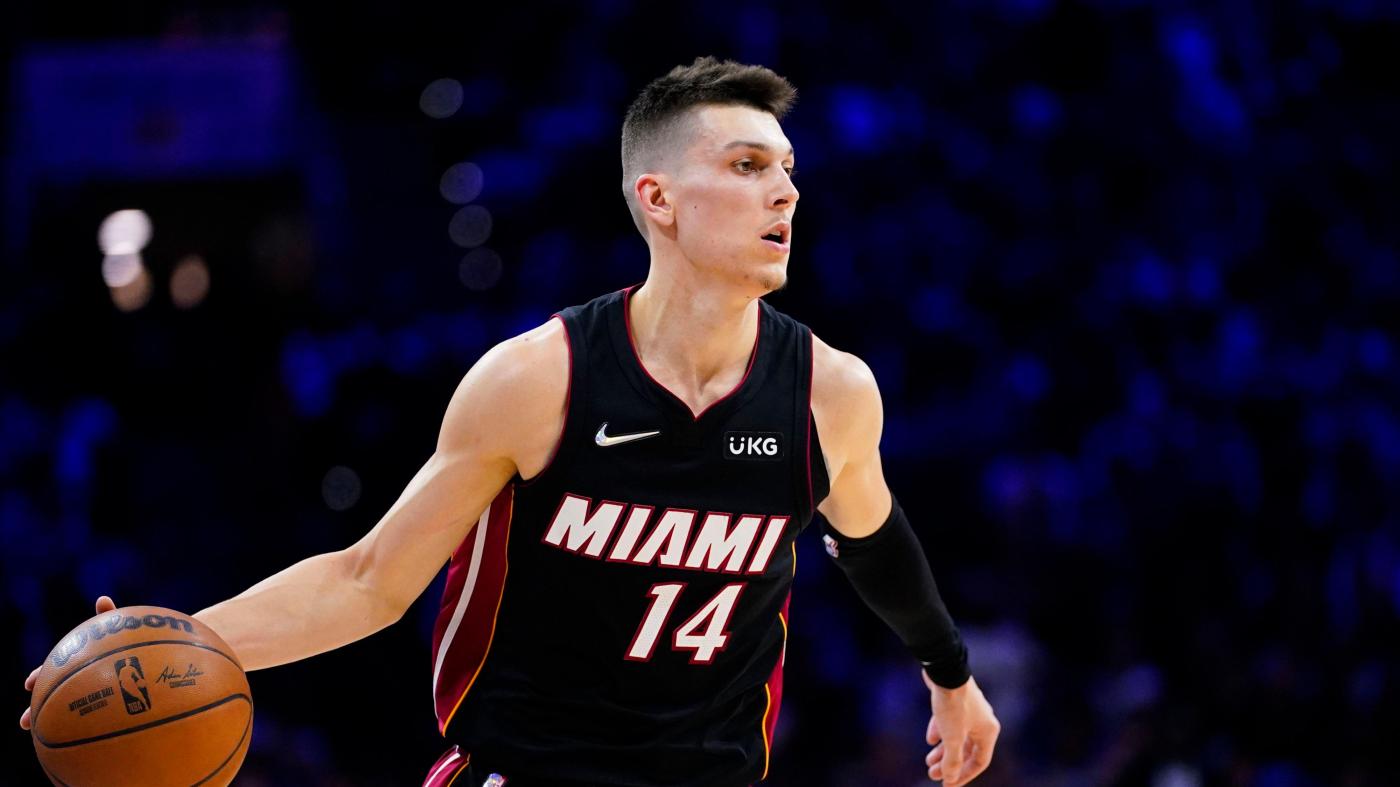 Q: Ira, why can’t we sign Tyler Herro to an extension first and then worry about if we need to put him in a trade? – Stephen.

A: If only it were that simple. Because Tyler Herro would be receiving an extension that starts in 2023-24, with his $5.7 million rookie-scale salary still in place for the coming season, he would, in a trade, essentially go out at a figure close to the average of an extension (say $25 million) while only being able to be replaced on the Heat payroll at his current salary. In effect, a signed extension would leave him untradeable until the 2023 offseason. Thus the slow-playing of extension negotiations, with that extension window not closing until the day before the start of the regular season. At the moment Tyler would go out in a trade at $5.7 million and could be replaced at $5.7 million. And that’s the way the Heat likely would have to keep it if Tyler were to be included in a package, say for Kevin Durant or Donovan Mitchell. Still, it is understandable how that would create a degree of angst from Tyler’s side of the equation. But, hey, it’s a business.

Q: We live in an instant gratification society. The NBA is always in the news. The NBA learned how to use free agency to stay in the headlines and create constant fan interaction. It is a never-ending news cycle for basket junkies. Fans’ passion and impatience are compliments to Pat Riley, Adam Simon and Andy Elisburg on trying to get us another winner. Riley will come through, right? Or maybe Jimmy Butler left us all wanting more. But you also have to wonder, could the NBA be a victim of its own success? – Stuart.

A: Exactly. There simply are years when free-agency is quiet, and this year there were twofold reasons, with the lack of a quality free-agent pool, and with so many teams cash poor when it came to the salary cap. Hot-stove season this year turned into more of a league warming to the reality that there wasn’t much work to be done. However, because of the lack of league-changing movement this summer, I think it could lead to a desire for more trades down the road. So don’t unbuckle quite yet.

Q: Hi, Ira. Last season we arguably were the shortest team in the league, but made it to the conference final. This year we have Nikola Jovic, Omer Yurtseven and now Orlando Robinson. How are we going to utilize all this height? – Masoud, Tucson, Ariz.

A: Most likely the Heat will not. Erik Spoelstra has shown almost a disinclination to play big, which also has been the increasing trend around the league. Even factoring in Dewayne Dedmon and his veteran presence, I still expect Erik Spoelstra to utilize more of a three-four type at power forward than a four-five. It simply has been his direction in recent years. An exception could be Nikola Jovic, with his considerable perimeter skills and shooting, but he remains raw when it comes to rotation minutes on a contender.