Todays Though > News > Will Miami Dolphins owner Steve Ross own up to being a problem for his team? – Boston Herald
News

Will Miami Dolphins owner Steve Ross own up to being a problem for his team? – Boston Herald 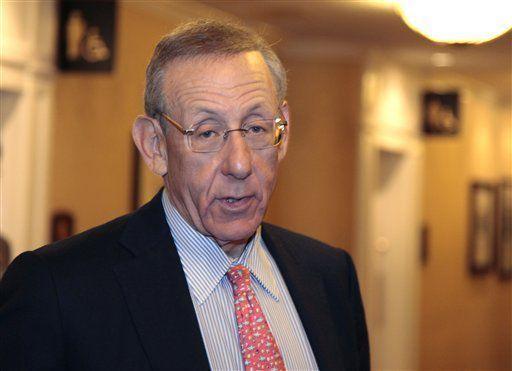 We got a voyeuristic view into how the Miami Dolphins operate in recent weeks — operate, at least, pending Brian Flores’ lawsuit — and how did you like it?

Add up all the legal documents, NFL investigations and involved statements and you see Ross: angered his former coach, Flores, toward involvement in a historic lawsuit; negotiated with Deshaun Watson’s lawyer the need for sexual-allegation lawsuits to be settled against the quarterback, evidently without general manager Chris Grier’s knowledge; attempted to replace his young quarterback, Tua Tagovailoa, with Tom Brady and hire Sean Payton while interviewing current coach Mike McDaniel.

Does that rewrite the book on ownership meddling? It certainly deserves the Meddling Triple Crown considering his work against the three positions any NFL owner must support most or cut ties with: The coach, general manager and hope of a franchise quarterback.

Every owner is involved in decisions. But the loud statement of recent months is Ross dictates policy to his football people. Former Miami Marlins owner Jeffrey Loria must watch in restless admiration from his publicly-funded French resort.

All this doesn’t even get into the game-fixing claim and tampering penalties levied against Ross. The NFL came out with its reports on those this past week, though you had to keep your eye on the ball of what’s important considering their nifty presentation.

The NFL delivered the big names of Brady and Payton, the big penalties of the loss of a first- and third-round draft pick against the Dolphins and the big suspensions of six games for Ross and a year for owner-in-waiting Bruce Beal. That’s if an owner being suspended means anything other than a little embarrassment.

The tampering penalty was the shiny object, but the game-fixing charge is the serious substance Ross is facing. The NFL’s report did nothing to mitigate that, no matter its conclusion that when Ross offered to pay Flores $100,000 for each loss in 2019 it was all a joke.

You know what’s funny about that conclusion? When Ross initially denied offering Flores the money there was no suggestion of a joke. There was a righteous, furnace-grade denial Flores suggested such a thing.

When Flores wrote team executives Grier, CEO Tom Garfinkel and senior vice president Brandon Shore about Ross’ pressuring him to lose games, there also must have been no response like, “Lighten up, Brian, baby! Get in on the joke!” If so, we’d have heard it by now.

NFL commissioner Roger Goodell couldn’t have backed Ross here because he’s an owner — and, thereby, his boss — could he? This investigation couldn’t have played bad cops with the tampering charge and good cop with the game-fixing allegation, could it?

We’ll have to sit back and see if a judge, jury or whoever decides Flores’ lawsuit has the same sense of humor as those raucous NFL investigators. That’s when it gets real. And let’s be clear: Ross’ standing with the team remains in play until then.

In one way, Ross is the best owner in South Florida. He pays for his stadium and its upkeep without sucking at the public trough. We’d be a healthier America if everyone did that.

He wants to win, too. He just doesn’t know how as recent years again underline. You could argue this is all business, just ruthless business, and no one would care about tampering if Ross landed Brady and Payton.

No one should understand that more than Flores. He’s become a target of certain blame-shifting fans. He unfairly fired coaches left and right in his time. Why was he so upset at being fired himself? Fair question.

Yet Flores felt he was fired not for losing but for winning his first year. He felt there was discrimination involved. That’s what his lawsuit covers, and it looks like he’s going to get his day in court.

We learned a lesson through another crazy offseason. It’s not easy being the fan of an organization that’s run like a fruit stand. The Dolphins have a nice training camp going — at least as training camps go.

There’s renewed hope. There’s general optimism. There’s also a stark realization that the challenge of this team always has been more than Buffalo and New England. It starts with the man in the office upstairs.