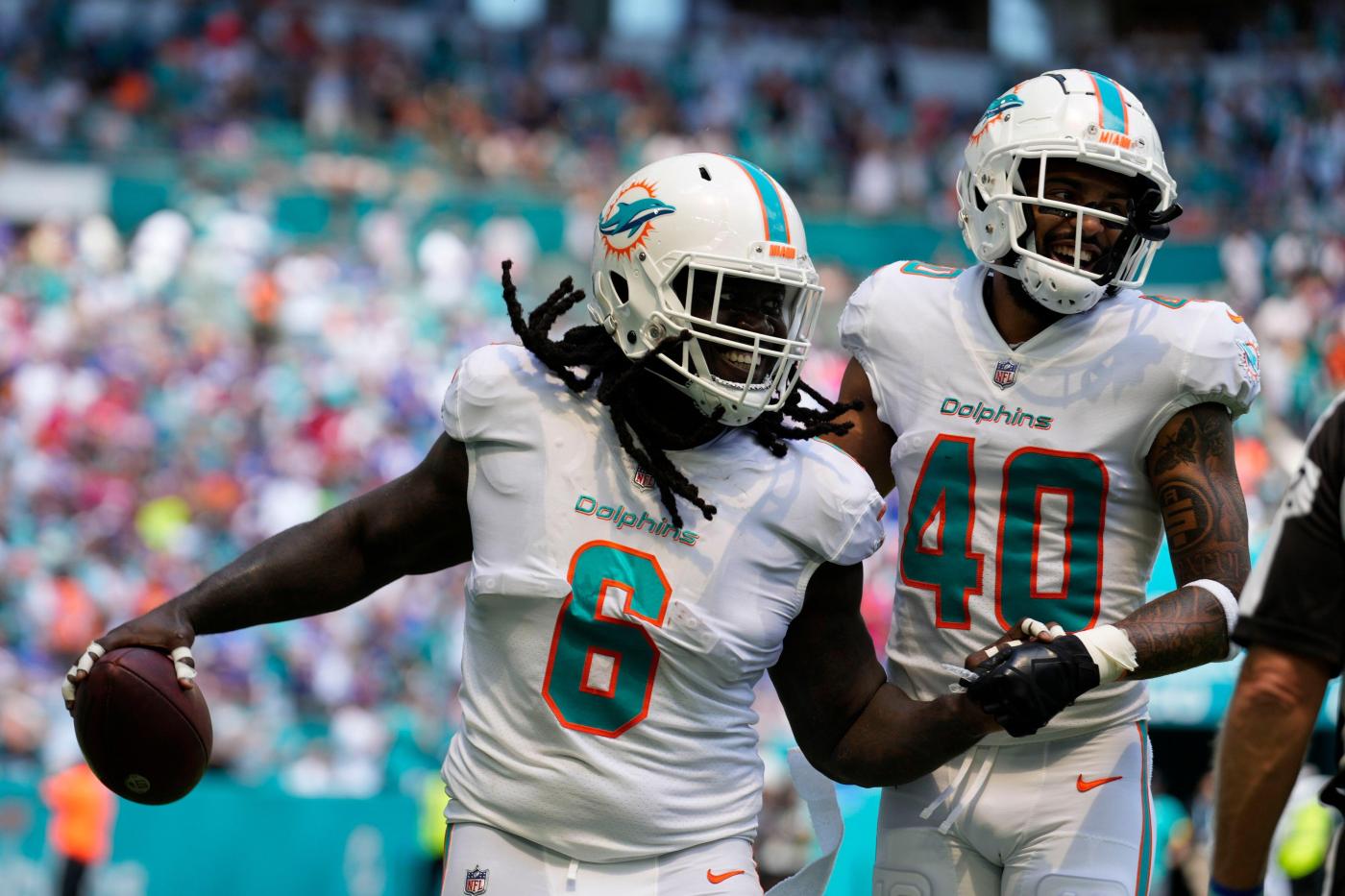 Latest line: Bengals are favored by 4 points; over/under is 42.

The Dolphins just had a heavyweight fight against Buffalo, with Miami’s defense on the field for 90 plays. With quarterback Tua Tagovailoa nursing various injuries, there’s no shame losing a close game in Cincinnati and emerging 3-1 from this tough schedule in the first month.

It seems a bit unlikely the Dolphins, who are physically beaten down after the Buffalo game, would go on the road on a short week and emerge victorious. But the 3-0 start also seemed unlikely. The victories haven’t been textbook from a style standpoint, but they’re victories. That matters. Put me down for another upset victory.

Coming off a game that just had to be so brutal on the bodies of the Miami defenders, playing 90 snaps against Buffalo’s high-powered offense in South Florida’s heat and humidity, I find the quick turnaround and travel to be too much to overcome. Miami is also dealing with uncertainty around quarterback Tua Tagovailoa’s availability, so it will either be Teddy Bridgewater starting or a hobbled version of Tua.

This would be an easier game to pick if it was Sunday, since the short rest, travel and injured quarterback will make it hard on the Dolphins. The Bengals haven’t been playing like a team that went to the Super Bowl earlier this year, and their only win this season was against the Jets. That alone makes it hard to pick against the Dolphins, although Miami just barely managed to get past the Ravens and Bills. (I mean, really, the butt punt?) The Bengals and quarterback Joe Burrow will find a way to take advantage of home field and more rest to earn their second victory.

Tua Tagovailoa and the suddenly high-powered Dolphins offense should keep the game fairly close, but road teams are in an unenviable spot for Thursday night games. It also doesn’t bode well for Miami that Dolphins defenders played a whopping 92 snaps against Buffalo. With Tagovailoa ailing, the Dolphins will be hard-pressed to pull off another improbable win. The defending AFC champion Bengals also are desperate after getting off to a 1-2 start.

The Dolphins are coming off consecutive national-narrative-changing games, and I don’t believe the franchise has ever seen that in a seven-day span in a regular season. If they can pull off a road win on four days rest against the defending AFC champion Bengals, then they head into a much softer portion of the schedule on fire. The defense somehow has to catch its breath after chasing Josh Allen and the Bills offense for 90 plays on Sunday, and the Bengals are in that rare position of coming off an impressive road win and yet still being a desperate team (at 1-2). One positive for the gassed defense is that their run of playing elite-mobility quarterbacks gets snapped by facing lead-footed Joe Burrow. No Dolphins coach other than Don Shula has ever had a 4-0 start to a season.